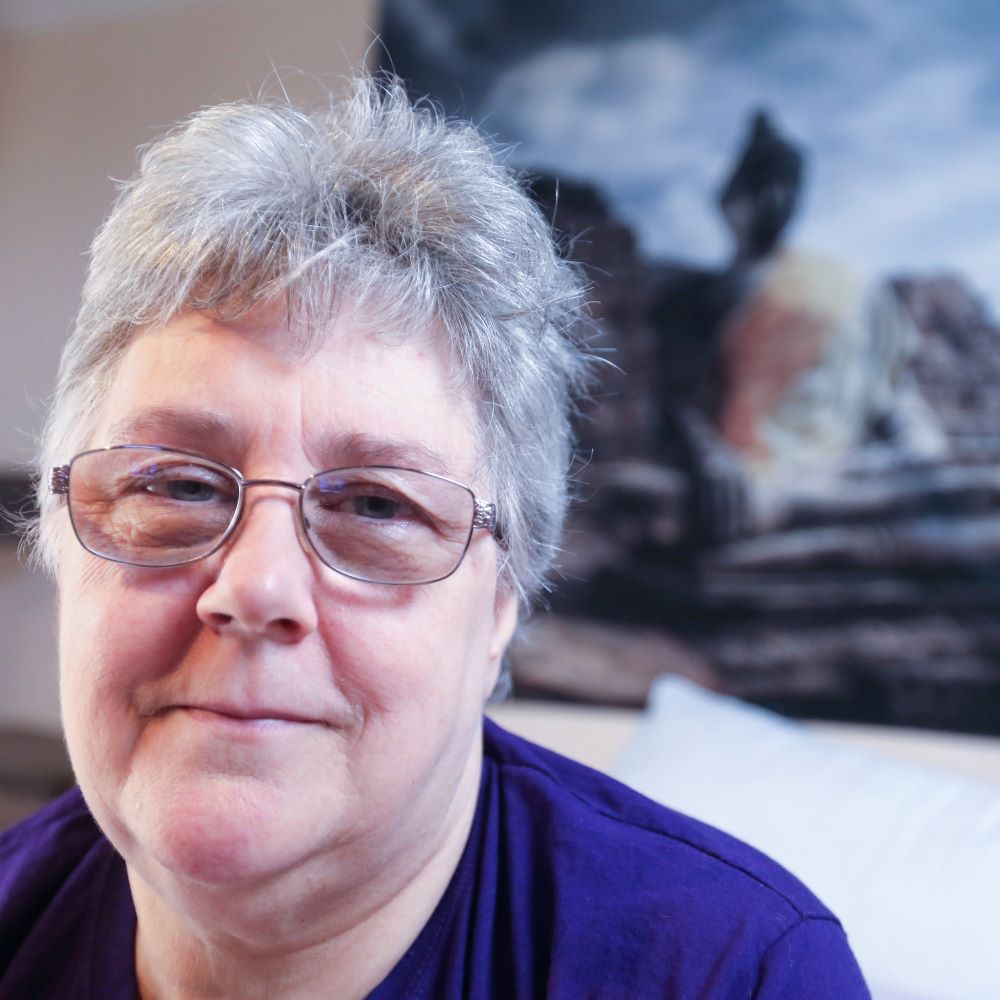 Myalgic encephalomyelitis (M.E.), chronic fatigue syndrome (CFS), Yuppy Flu, post-viral fatigue syndrome (PVFS), chronic fatigue immune dysfunction syndrome (CFIDS), systemic exertion intolerance disease (SEID)… The list goes on. Each decade has seen a new name, but the erroneous perception of it remains the same. The Word Health Organisation classifies the disease as Myalgic Encephalomyelitis, a neurological disorder. Sadly, in the UK, it is still regarded by many, and treated as a psychological illness.

So how did it start for me?

Looking back, it probably started with a dose of glandular fever. I was just a few months off my 18th birthday in 1974. I still remember laying in that bed, the sweat drenching my bed sheets. For years I thought nothing more about it, although I had always known I was around 18 when I started getting ill. It was the headaches first, oh the headaches. Nothing would get rid of them. Memories of time spent in dark rooms, clutching my head. Thank God I have effective medication for them now. The fatigue, so tired all the time. I stumbled through life, marriage, parenthood, divorce, lone parenting, all the while incessantly asking my doctor why I was always so exhausted. “Hmmm you have a lot on your plate Christine”. “Do you think the pain is all in your mind Christine?” I don’t know Doc, you tell me, all I know is it HURTS!

Over the years, the condition remained fairly stable, bad but stable. I would snatch sleeps in the day. The housework suffered, still does actually. I was so glad when the kids were able to take themselves off to school – more time to rest. The IBS was bad, those who know me even now, know what I mean by “two-minute warning”. Restless legs; how can two little words describe so much agony? Every day, when the tiredness kicked in (even now), I was unable to describe the horrendous urge to make my legs jump. There is no word in the English language to describe the sensation, but it is agonising. Intolerance to alcohol; whilst all my friends went out and had a good time, a couple of sips would cause headaches, anxiety, and I would immediately feed the intoxication.

So, the years passed, I managed to stumbled through life.  I even managed a job as a PA secretary for a while. I wonder if my fellow office staff noticed me in front of my computer, double espresso next to me, elbows on the desk, head in my heads, shielding the fact that I was “looking” at my screen with my eyes closed, or sneaking off to the loo so I could spend five minutes sat there. On returning home at the end of the day, I would immediately crawl upstairs on my hands and knees and fall on the bed, totally exhausted, and would sleep until around 10pm, then I would go downstairs, prepare a meal, eat it, then back to bed.

In 2007, the unthinkable happened, I deteriorated. In addition to the headaches, the exhaustion and the rest of the curse, I deteriorated to the point where I had to stop work. I was barely functioning. Most of my time was spent in bed. My brain started playing tricks on me, my short-term memory began to fail, my coordination and dexterity deterioration meant I couldn’t type or perform fine motor movements very well. I was clumsy, falling over, bumping into things, dropping things, the pain worsened, including nerve pain (paraesthesia), which feels like sunburn and spreads and creeps across your skin over the course of days, muscle pain all over. I knew what I wanted to say but couldn’t always remember the word I needed, and sometimes my speech would slur. My concentration failed me, and my organisation skills, something I used to be so proud of, were gone. One minute I was freezing, but the slightest exertion would leave me drenched in sweat. Standing up would make me dizzy, bending over caused immense pain in my head. The IBS worsened and I also developed urge incontinence. These symptoms have stayed with me, to the point that I am now 80% bedbound. I use a wheelchair and have a carer in every day.

I am NOT just tired – or lazy

Are sufferers depressed? Of COURSE we are. We live daily with the most debilitating symptoms. We tolerate comments such as “yes, I get tired too, it’s our age”, “I wish I could sit around all day doing nothing”, ‘you should try the gym/ginseng/yoga”, and “what you need is a little job”. Yes, I have heard all of these. All the while, we live with the knowledge that there is no cure, and the best we can hope for is remission. 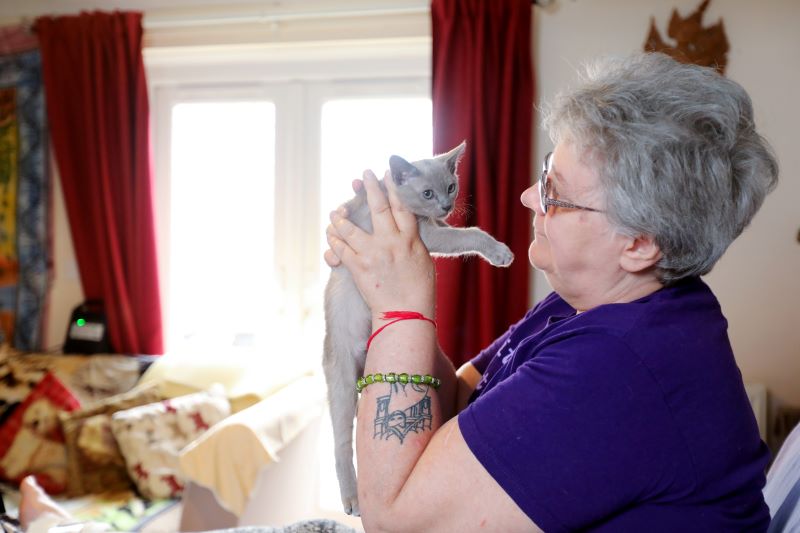 Most of the symptoms of M.E., highlighted by the charity Action for M.E., such as feeling generally unwell, having various aches and pains, sleep disturbance and concentration problems can be attributed to other conditions. However one stands out as unique to M.E. Post Exertional Malaise always follows physical activity and often follows cognitive activity. In other words, it’s payback. An M.E. patient will experience the usual exhaustion immediately following exertion, however, a few days later the payback kicks in. For me it is usually two to three days after I exert myself, and it usually manifests itself as almost comatose exhaustion. No other condition exhibits PEM, it is unique to M.E. and is thought to be connected to our mitochondrial (energy giving) cells.

This article has taken me two weeks to write. There is probably a lot I have not mentioned, most likely because I have forgotten it. But in writing it, I hope that I can explode some of the myths surrounding M.E..