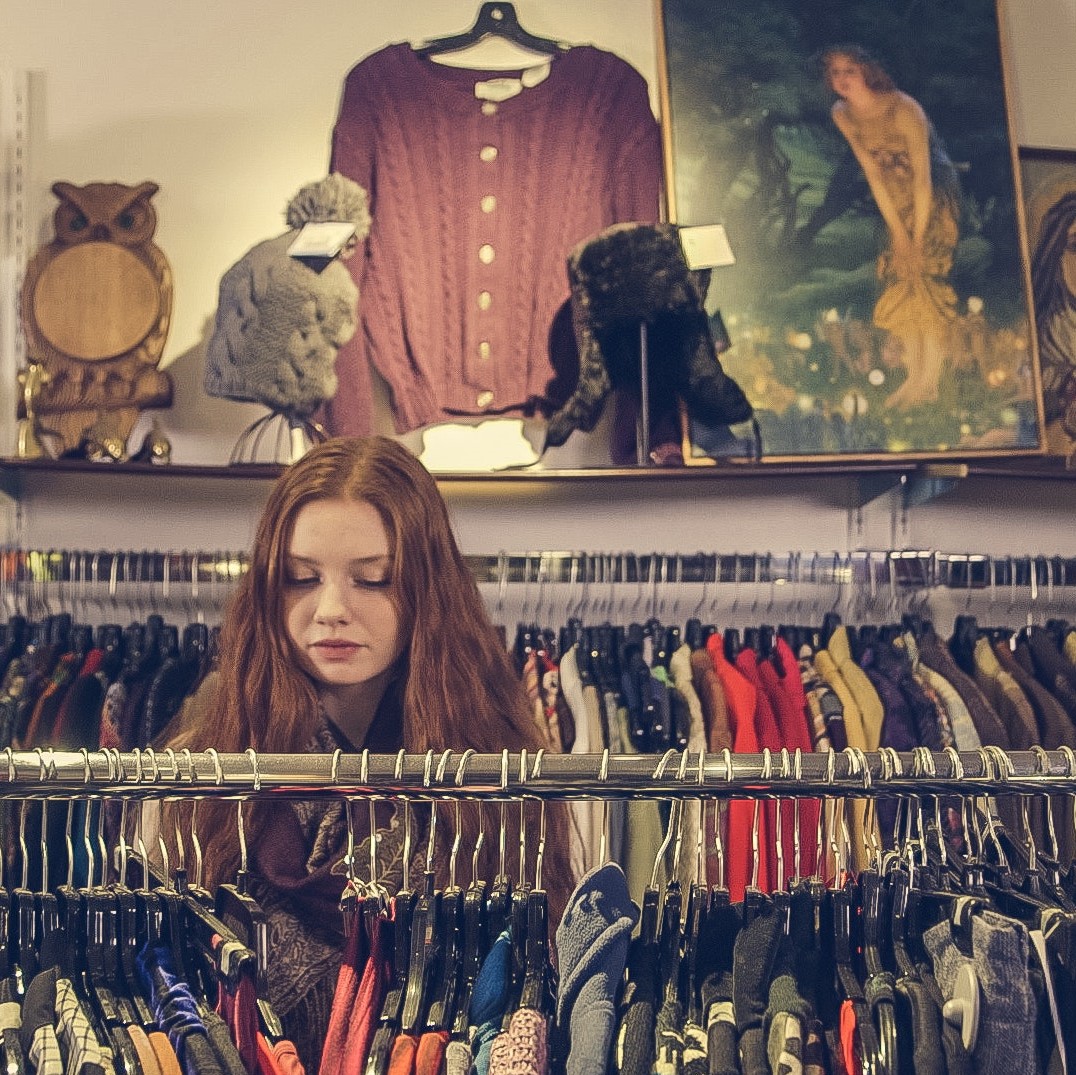 Writing about the transgender experience is inherently difficult, not because of the intimate subject matter, but because it comes from a realm of pure abstraction. However, we’re finally stepping from the psychological side to the physical, that of dressing and presenting. The logistics of this will take up the next couple entries, but the true difficulty of presenting is that this is what most people will see. Unless they’re acquainted with you or have known a trans-person in the past, they’re not going to be privy to the mental battle I’ve done my best to describe over recent weeks; they’ll only know it as something cosmetic, perhaps nothing more meaningful than fashion.

They don’t see the struggle of waking up to the fact that the view you once held of yourself is, if not wrong, at least incomplete. They don’t see our fear as we stand on the precipice, shamed into silence and to go along with the script they scribe for us. They don’t see our doubt as we look into the hurricane and wonder if there’s anything on the other side. They don’t see the nights spent staring at the ceiling trying the reconcile identities. They don’t see the courage it takes to step off into the storm. And they don’t see the resolution we achieve when we realise that being transgender is not about becoming someone new, it’s about aligning our outward presentation to that of our internal evolution; it’s the state in which we’ve found our most potent means to communicate who we are, maintain our agency, ever explore the reaches of that potential, and then pass it onto those we love. It’s our entry-way into life.

That being said, the idea of presenting, or ‘passing’, isn’t ideal. I agree that our merit as a trans-person shouldn’t be determined by our ability to appear cis, but there are two caveats to this. One is the social pre-occupation with binary gender norms and that presenting can make the journey easier, though whether you feel this is at the sacrifice of the integrity of the process itself I’ll leave up to you. The other is that presenting is more about finding a sense of self-comfort, that merging of internal and external I mentioned earlier. For some, that might be appearing as the stereotypical image of the gender as which they identify, while for others that could be discovering some completely new style and state of being. It’s up to the individual. For me, I was in the former camp, always feeling most comfortable presenting as your average cis female.

But how do I present? This week, we’ll focus on the clothing aspect of it, dressing from a male-to-female perspective, as that’s all I really know. I’ll start with getting the shape. Oh, and please be warned that I’m going to go into detail here on some of the more intimate subjects and could be classified as NSFW (not safe for work). This is here mainly as guide for anyone going through something similar and who might need a few pointers, though I do also want to destigmatise the subject and make it easier to openly discuss. This series is my attempt to create a safe space to talk about anything and everything trans-related. I hope you find it useful.

So, on with dressing. And here’s your first NSFW warning.

Tucking is the easiest first step to take. I’m going to go into detail to describe how you do it here, though you can also watch tutorials on YouTube that outline this. But as a note, they often mention something called a ‘gaff’ to hold everything in place afterwards, but I’ve found a tight pair of knickers works just fine and is less obtrusive. So, how to tuck: first, take the head of the penis and pull it back, between your legs, positioning it in-between your testicles so they bulge out a little. Then, holding the penis in place, gently press up on the base of the testicles, slotting them into the pelvis from where they originally dropped during puberty. This will feel weird at first. Your body will question what you’re doing, but after a few times everything will calm down and it’ll become quick and easy. Press your legs together to hold it in place while you pull on your knickers, and there you go.

A disclaimer here, however, that by tucking you’re subjecting your sperm to a prolonged increase in temperature, which has been linked to infertility or a general lack of fertility, so if you wish to freeze your gametes prior to hormone treatment, do bear this in mind. When I froze mine, they did detect a decrease in number, but not enough to cause problems.

Before hormones help grow natural breasts, forms are also easy to acquire. I found mine on Amazon, but there are plenty on eBay also. Search for ‘cross-dresser breast-forms’ and you should find some. I found the brand ‘Forever Young’ to be well-priced and of good quality. They’re usually £20-£50 depending on size, but if properly tended to can easily last a year or more. I will say that don’t go for an over-large pair; choose one that suits your body-shape. For example, the average breast size for a cis female is around a C-cup, depending on chest-size. So, if in doubt, this is probably your best bet. Thanks to several years at the gym during my teens, I had quite a large chest size, around 38 inches (the average is 34) so I got myself D-cup sized forms and they fit perfectly. Also, forms allow you to almost preview what breast-size will work for you if you decide to get breast augmentation surgery further down the line. An underwire bra is great for slotting the breast-forms into place and holding them snugly. That, in short, is how you get the shape.

Wigs are something else you can purchase, but this is trickier; unless you have the budget of a Hollywood costume department, they’re never going to look as good as natural hair. Normally, a long one can frame your face and hide your shoulders, which may be larger than desired. If you have a naturally feminine face-shape, you’re probably better styling your hair into a pixie-cut of some kind and taking the time to grow it out. I used a wig myself during the early days when I only really presented for social occasions, such as a night out, and hadn’t yet reached the everyday stage. When I did, I ditched the wig and went with the short-hair look, which I’ve circled back to again recently. I’ll talk about hair more in a future entry.

Onto clothes. Before I start, I want to give a shout-out to dressing services. When I was starting to dress, I discovered there are people out there who help trans people find their style. They even have make-up lessons. Search ‘trans dressing service’ in Google, perhaps with your location too, and see what’s there. But if you want to go it alone, I’ve picked up a few tips over the years, with the main one being: work with what you’ve got. I’m not a supermodel, and most likely never will be. Thanks to those years at the gym, I started the process with non-existent hips, quite broad shoulders, large latissimi dorsi muscles, and annoyingly defined biceps. Hormones do rectify this in time, but that’s much further down the line. So, when I started dressing, I went with those areas of my body I like. I’ve got nice legs, a narrow waist, shapely clavicles and a slender neck. So, I use these to pick my wardrobe for me.

Anything that cinches the waist, such high-waisted jeans/shorts, belted skirts and skater-dresses are good; by pulling in the waist they accentuate the hips slightly and add that curve. Flared skirts and dresses can also make your hips look larger than they are. High-necked shirts and turtlenecks are also good. They hid my shoulders while they were still overly muscular (they’ve since gone down with hormones and as I’ve neglected to exercise them), and they also disguise any evidence of the breast-forms I used. These also work well with short haircuts so can help fill in those early days before your hair grows in. I also got my legs out a lot during the early days, so used shorter than average shorts and skirts. This is in part because I like my legs, partly because it makes me feel more feminine, and because it detracts attention from my face, which I was always paranoid didn’t hold up to scrutiny.

Casual dresses I find too baggy for my liking. I have a naturally thin frame, so found that clothes with either viscose or elastane in them worked best; these are body-form and helped me look more feminine. Anything with a low-cut neckline or that’s backless is difficult because of the necessity of wearing a bra to hold in the forms. Shoulder-less also falls into this category, but you might strike lucky and find something with enough support to hold up your bra without the need for straps. As for colour, I find monochrome works best as almost everything goes with white or black. But avoid double-patterning (e.g. a chequered shirt and flower-print skirt) as that can become garish.

Heels can be your friend, shaping your legs and getting your posture right to push your breasts out, but they can also make you a little tall. I’m 5’9”, so if I go over-board with heels, as I’m sometimes wont to do, I can be somewhat freakishly tall. And as much as it angers me, lingerie is a complete no-go. Anything frilly doesn’t have the support necessary to hold a tuck. You’ll need something with a wide gusset to act almost like a taught hammock.  I have found jeans and shorts uncomfortable for extended periods because they cut into my tuck.

Very little about transitioning is painless it seems.

My last warning would be not to be convinced by models in magazines or on clothing websites. Unfortunately, until hormones and surgery are out the way, it’s about dressing smart and what looks so good on them may not work for you. But I won’t lie, it is endless fun discovering your style. And when you’ve found it, flaunt it. Flaunt you.