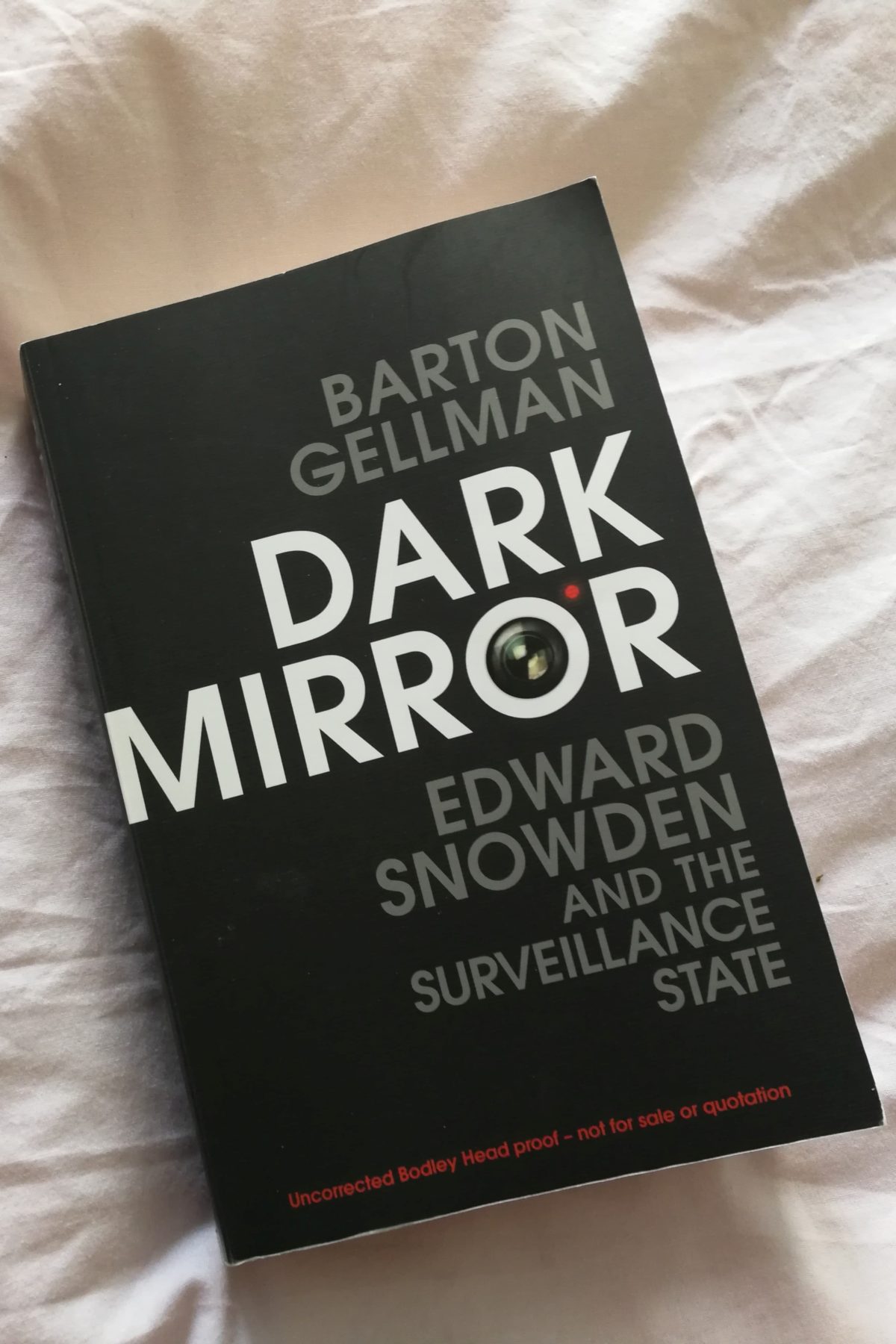 It was one of those moments, not unlike Wikileaks and Chelsea Manning, or the Panama Papers, when the sordid workings of the powerful are laid bare for everyone to see. In the case of Edward Snowden and the US National Security Agency, it was the exposure of how the US government systematically spies on its people, collecting detailed data about all their communications, secretly and outside the law.

It was thrilling. A young man downloads thousands of files, presentations, and programmes; passes them to journalists and flees to Hong Kong, hunted down by US agents. He conducts interviews with the world’s media, and flees to sanctuary in Russia, where he remains today, evading US arrest warrants. It sparked more of a public debate in the US than in Europe although we suffer many of the same fates.

Barton Gellman is a well-known journalist, deeply into security and surveillance issues. He was one of three people who Snowden worked with to get the material out, and this is an encyclopaedic account.

Encyclopaedic is no exaggeration. Allow me to be your guide. I’ve been out there and had a look. I got as far as Page 100 before I turned back to let you know that this is not the way to go. The book is fascinating, and I will tell you why in a minute.

To go further down this road you need to understand all the acronyms – the NSA, FISA, FTC, TISO and the rest; absorb the project names – PRISM, MAINSTAY, SIGINT, or FIRSTFRUIT; be prepared for the alternative font sections of computer code like ‘find . –type f  / wc -1’ or be bothered with what an encrypted ciphertext looks like “hQI0A7RnVIVebwEA…….”. Seriously, this book is for aficionados of US cybersecurity, anti-surveillance, and US governance – and I imagine that Barton Gellman is the one of the few people who is all three.

In those 100 pages I learnt two interesting things. First Snowden himself, (the person who did such a heroic thing, he’s destined to live in Russian sanctuary for the rest of his life) is certainly smart, and a serious computer geek. In high school he thought that homework wasted his time, so he hacked into the school assessment system to find out exactly what he’d need to do to get by. That way he had more time to spend on his computer. He also got a boring night job as a security guard at a US security facility and hacked into the computer system just so that he could access the internet at work, and then showed his colleagues how to as well. Ironically, it was that security guard job which gave him the security clearance that eventually gave him access to US security projects and facilities, and contracting jobs for US security services!

He was also a patriot, a volunteer in the military and a family in the service. He managed to get recruited into the US Special Forces after 9/11 but was discharged when he broke both legs in training. All his subsequent jobs were related to US national security – trying to keep Americans safe. Overseeing security clearance in computer networks – who should see the various levels of secrets. Testing the systems involved a certain amount of ‘exploring’ – hacking to see how far he could get. He was that good he could go anywhere – and I’m not sure whether his actions were political to highlight the illegal behaviour of the US security services, the holes in the US system, or his own extraordinary abilities. Or a bit of all three.

The other thing I learnt was just how rubbish the US security services seem. Edward Snowden is proof. A job as a security guard – the night watchman – at a security facility (where he even hacked into the system) gave him the security clearance with which he went on to a full-time career in overseeing systems, working for over 10 years, for the CIA, the NSA, and various major security contractors. He secretly participated in forums and projects developing countersurveillance technology, and even openly recruited co-workers to join him. Exploring systems and hacking is in his blood. And no-one assessed him as a potential risk or saw him coming.

This is a book that will sit comfortably on the shelf of journalists, human rights campaigners, or cybersecurity experts but they will not have read it cover to cover. They’ll just use the index.

Published by Bodley Head. Available from 21st May 2020 at good bookshops, including October Books, in Portswood, Southampton, which is currently operating through its website www.octoberbooks.org