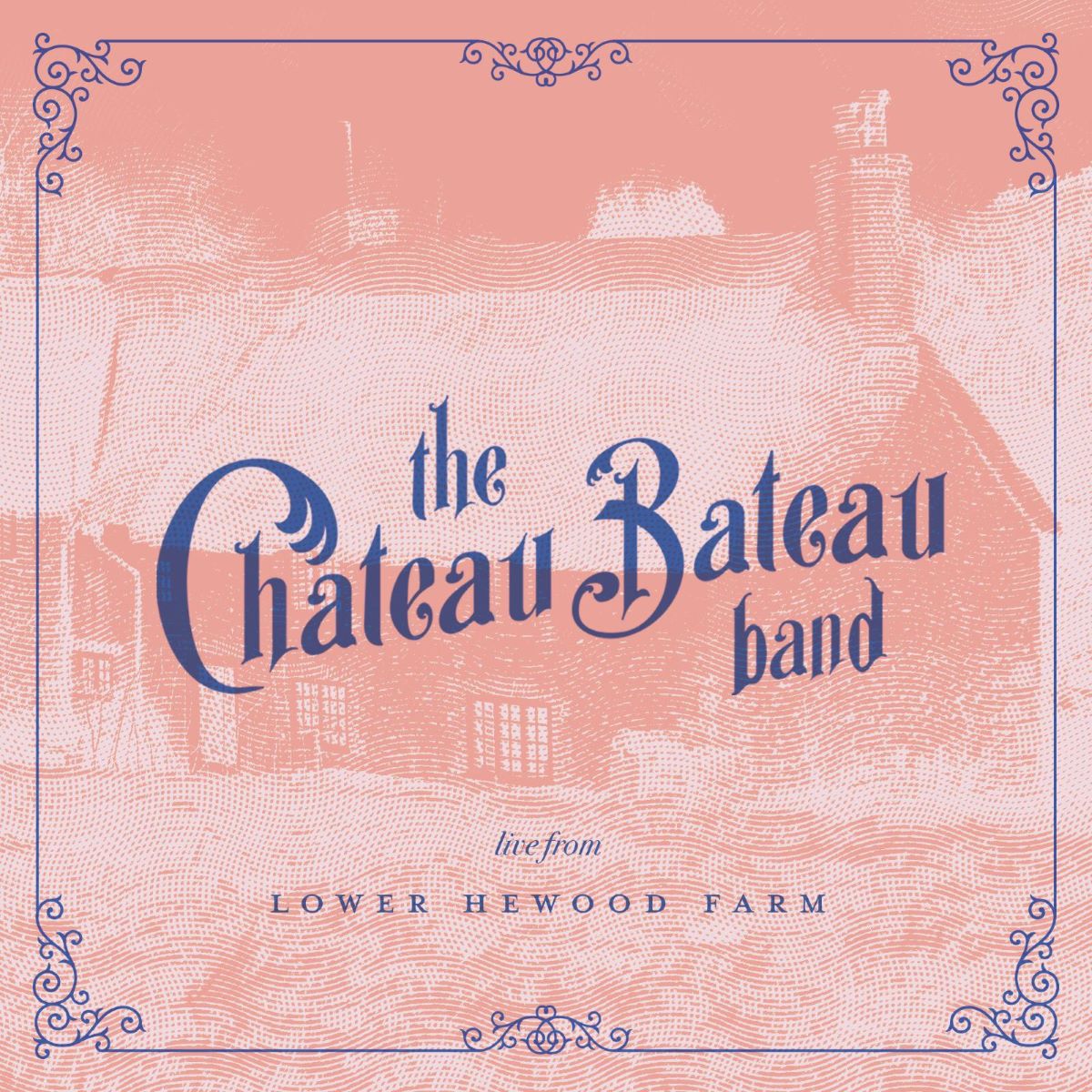 At a time when the world seems to be just a series of angry and sad emojis, it great to get the chance to get the big heart emoji out and splash it around. But that’s what I’m doing to the new album by Southampton’s Chateau Bateau Band.

With a name that comes from their rehearsal space on a houseboat in St Denys, the Chat Bats describe themselves, with a touch of humour, as playing Country…… and Western. They draw on relatively unknown songs from artists and songwriters that range across Gillian Welch, the Dawes and Jonathon Richman to more obvious C+W artists such George Jones or Brandy Clark. But a simple covers band they are not.

Live at Hewood Farm was recorded over a weekend at the end of January. ‘Live’ refers to how the album was recorded, rather than whether there was an audience. Hewood Farm is an organic farm, art and well-being sort of place – not even a recording studio. So it’s not a show, just a collection of songs, and it captures the essence of the band perfectly, because they are such a live band.

A Chateau Bateau Band gig is a joyous affair. The seven-piece is like a family, and a gig is an extended family affair with good vibes and humour, but centred on the beautifully produced music that the band get so much enjoyment from making. I wondered if that spirit would translate, and it does. On some tracks you can hear the smiles.

On others you can hear the pain. ‘The Grand Tour’ is in a pain league of its own – singer Colin puts it there, well beyond the heartbeak of Willie Nelson’s empty house classic ‘Hello Walls’. But mainly there’s the heartfelt hurt of real life that great country songwriters bring out. The album’s carefully selected setlist beautifully balances all the emotions, including the fun of the big rock ‘Candy Mountain’.

But in their grasp, each song becomes uniquely a Chateau Bateau Band song, never a cover. Two things stand out throughout the album – the vocal harmonies, well-recorded and often outdoing the gig sound, and the superb musicianship.

The other vocal leads come from the trio of women, Vix, Catherine, and Jo – each distinctive voice suiting different songs. The vocal harmonies that the four singers weave make you wonder what Crosby Stills and Nash were all about, while the tasty guitar work of Rob, Damian and bass player Adam provide a perfect platform, sometimes supplemented by some a variety of ordinary, baritone and banjo ukes.

Live at Hewood Farm embraces gentle tunes like ‘Easy Now’ – available as a free taster, the gospel ‘Did trouble me’; Nanci Griffiths’ ‘I Wish it Would Rain’, songs about mothers drinking and smoking (TCBB don’t endorse drug-taking!) and bringing up kids; train songs and driving songs; and ends on the rousing lust-n-love lesbian trucker tune ‘Tonight My Baby’s Coming Home’.

It’s a cracking album, just what you need to bring some life into lock-down, and remind you of the great live music out there sometime ahead. Some bands you just want some more of. My one disappointment with ‘Live at Lower Hewood Farm’ is that double albums have gone out of fashion.

Live at Hewood Farm is available on Bandcamp, a platform that works for artists, not labels. It’s easy and free to join, and the album is ‘Pay what you like’ which gives you the chance to support artists properly. You get to stream it online, together with a Download code in your receipt.