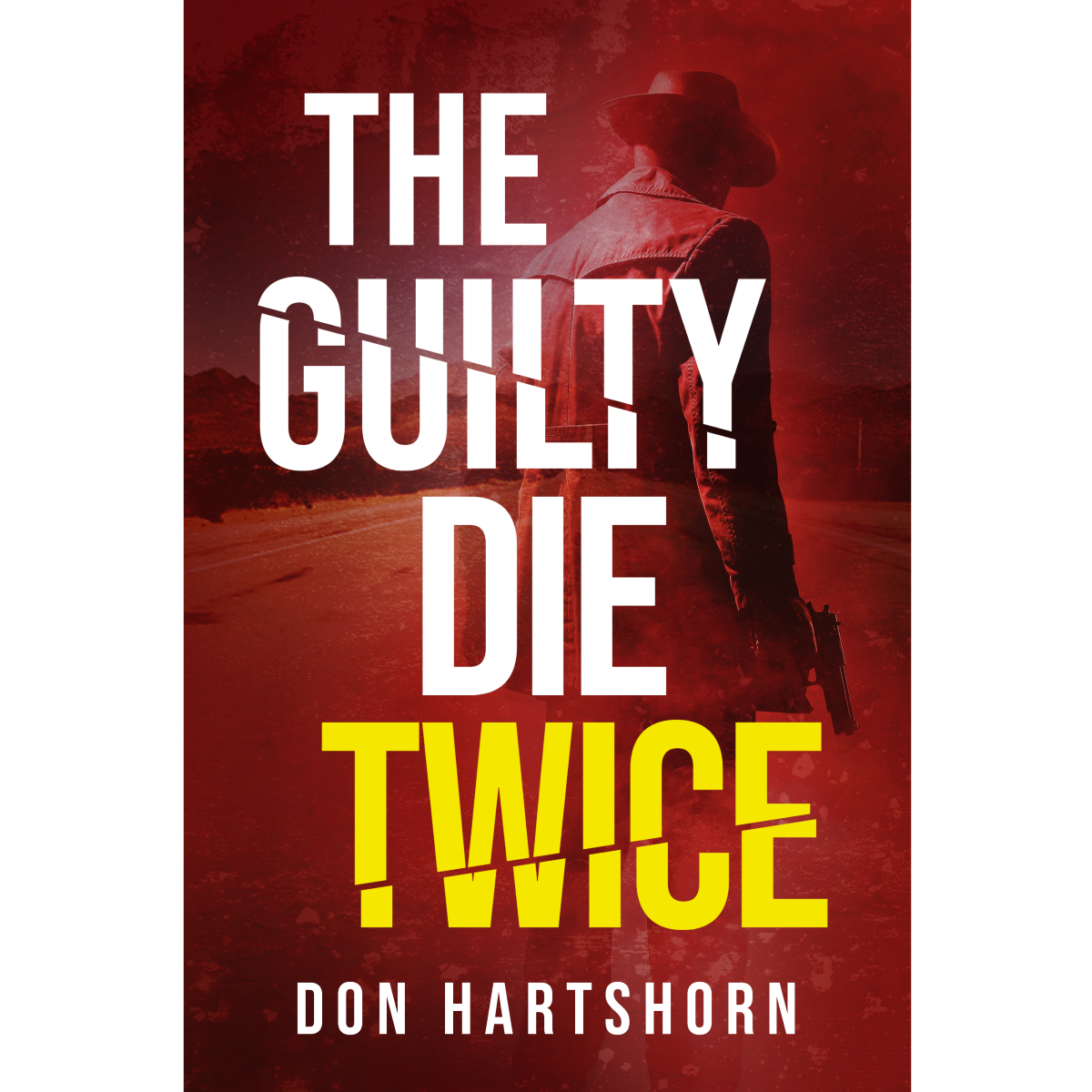 The Guilty Die Twice was a frustrating read. This is partly because the genre – Legal Drama – is not one I particularly enjoy. I’ve never really got on with the Grisham’s of this world. Give me a police procedural and I’m happy, but from the legal perspective? I just zone out. Luckily, you can see the legal drama aspect as just the dressing to a family drama.

Brothers estranged after an ‘event’ find themselves acting as the prosecution and defence of two young men who are facing the possibility of a death sentence. The differences between the brothers are illustrated as one is a high-powered District Attorney and the other a socially conscious ‘pay want you can’ type, advocating for the downtrodden. One supports the death sentence, the other does not.

As the book progresses, and after many failed attempts by parents and wives to reconcile the brothers’ differences, the ‘event’ is slowly revealed by flashback. We see how it irrevocably affected their outlooks on life and each other. For me, these are the sections that work best and have had a lasting effect. For that, I’m grateful.

But let’s be honest, I’m not sure that any book that starts with a graphic description of someone undergoing a lethal injection execution is ever going to win me over as entertainment. The cold way in which it is described – by a journalist covering the execution for a Texas newspaper – what drugs are used, how they kill and the clinical way in which it happens really rams home the inhumanity of the death penalty. Unfortunately, it’s written in such a way that reads like someone is determined to share their research rather than tell a story, and as such feels a little ghoulish. Fine, if that’s your thing, but there are far more enjoyable aspects of this book.

What I found particularly irksome was the way in which the theme of the book was introduced; when the condemned is asked if he has any last words, he goes on a diatribe about the wrongness of the death sentence – and you know where the rest of the book is going. Any mystery or drip-feeding is instantly lost.

It seems churlish to berate a book for not being what you wanted, but what initially caught my eye was the wonderfully Chandleresque/Noir title. It is not the Humphrey Bogart movie inspiring detective story that I was hoping for.

Written by Don Hartshorn and published by TCK Publishing. Available now from the links or Amazon online.