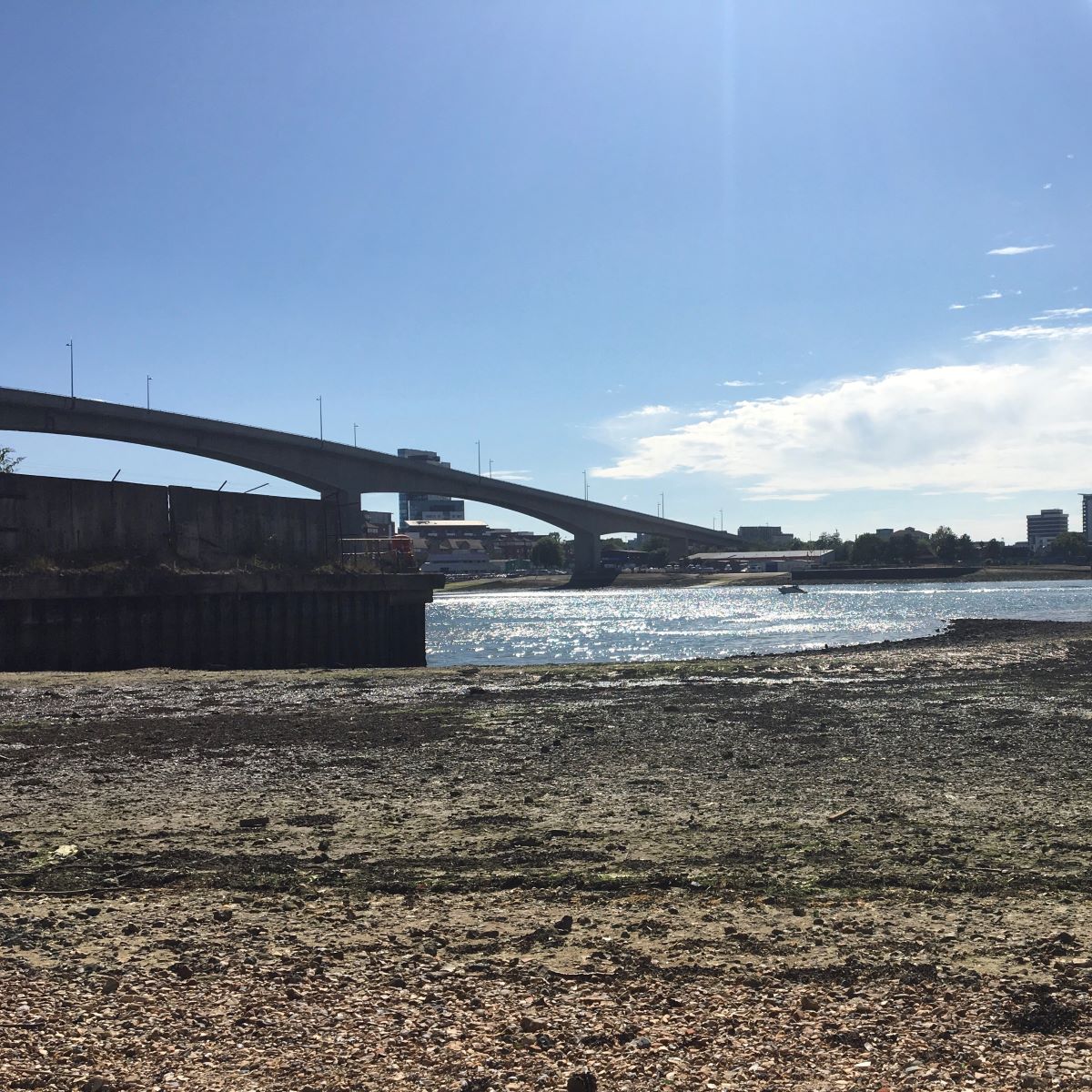 Join our travel writer on her close to home expeditions.

Southampton is bisected by the glorious River Itchen and so it’s a city of two halves. The mighty East Side and its marginally less mighty cousin, the West Side. I couldn’t possibly disclose which side I hail from for fear of impartiality. I love all parts of our kingdom equally.

As such, my latest Suburban Safari straddles both sides of the river and its surrounding cycle paths. Yes, for this adventure, I went (mildly) faster on two wheels rather than my two feet. You could use this route as a guide for your own cycling tour or take a little more time to walk it. Either way, there’s lots to see and many hills to conquer.

A loop of about eight miles leads you back and forth over the river, across two of the three main road bridges, and in the words of Meatloaf, ‘Two out of three ain’t bad’. But in fact, along this route, there’s a great view of the third bridge of the triad, even if you don’t cross it. 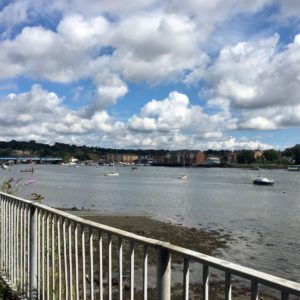 Let’s start there. You could join anywhere along the route depending on which section is closest to you. But you get a great view of Northam Bridge if you join the Itchen Riverside Boardwalk at Priory Road in St. Denys. The boardwalk snakes along the river, pushed against the railway line amongst a terrain of bars and lines. Juddering along the panels of the boardwalk, you feel as if you’ve slipped through the fabric of the world. Not a part of the commuter world a few feet away as the train thunders past, nor part of the main vehicular vein into the city as the bridge stretches across the water away from you. We’re on the other side of the mirror. Most of us residents have traversed Northam Bridge at some point, if not regularly, but it’s rare to see it from afar and yet so close. A shipwreck wallowing in the mud waves you off as you leave the river for the beauty of the industrial estates.

Past the businesses, then houses and into the heart of St. Marys where you sail past the looming football stadium. Unless it’s a match day, you’ll be lucky to see many other souls, but you’ll be sure to get a wave from Ted Bates.

And then you reach the big one. You see the Itchen Bridge before you arrive; its pale arching spine coaxing you to cross it. Take a deep breath and go for it. The cycle is tough but the views from the summit make up for the struggle. And then you get to freewheel down the other side to Woolston.

Turn upriver after the crossing and always look back for an impressive view of the hulking beast of a bridge. A quick turn inland to head along Peartree and past the parks and residential areas until you turn left down Athelstan Road. This is the white-knuckle part of the ride. A hill that’s practically vertical. Take a quick look at the view over the river and the city beyond and then let gravity take over to zip you down towards the river.

Some more meandering of suburban streets past the train station and towards Bitterne  Park Triangle soon brings you out to the second bridge crossing. Cobden Bridge is smaller than the other two but its arches act as a gateway to Riverside Park beyond. You could continue over the bridge, hooking left down Priory Road to complete the loop, or you could loiter around the park as a reward for your exertions. An ice cream shop or a microbrewery a stone’s throw from the bridge could top off this safari stroll very nicely.

Or how about turning around and going back the other way? Those keen on a challenge can tick the Athelstan hill ascent off their list. But it’s too extreme to feature in my own mild adventures. 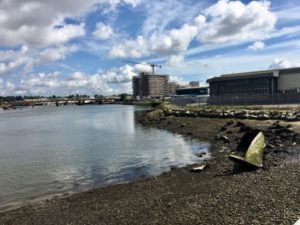 Cost: Free for the cycle or walk. Any stops or detours for energy supplies at any of the many establishments are at your own taste.

Accessibility: All paved roads or pavements. Cycle paths along some of the route. Boardwalk is accessible. Several hills including Athelstan Road are on the steep side. Join the route anywhere you like, ,it’s only a rough guide!

Facilities: Many pubs, restaurants, cafes and shops along the route or found with a slight wander off the beaten path.