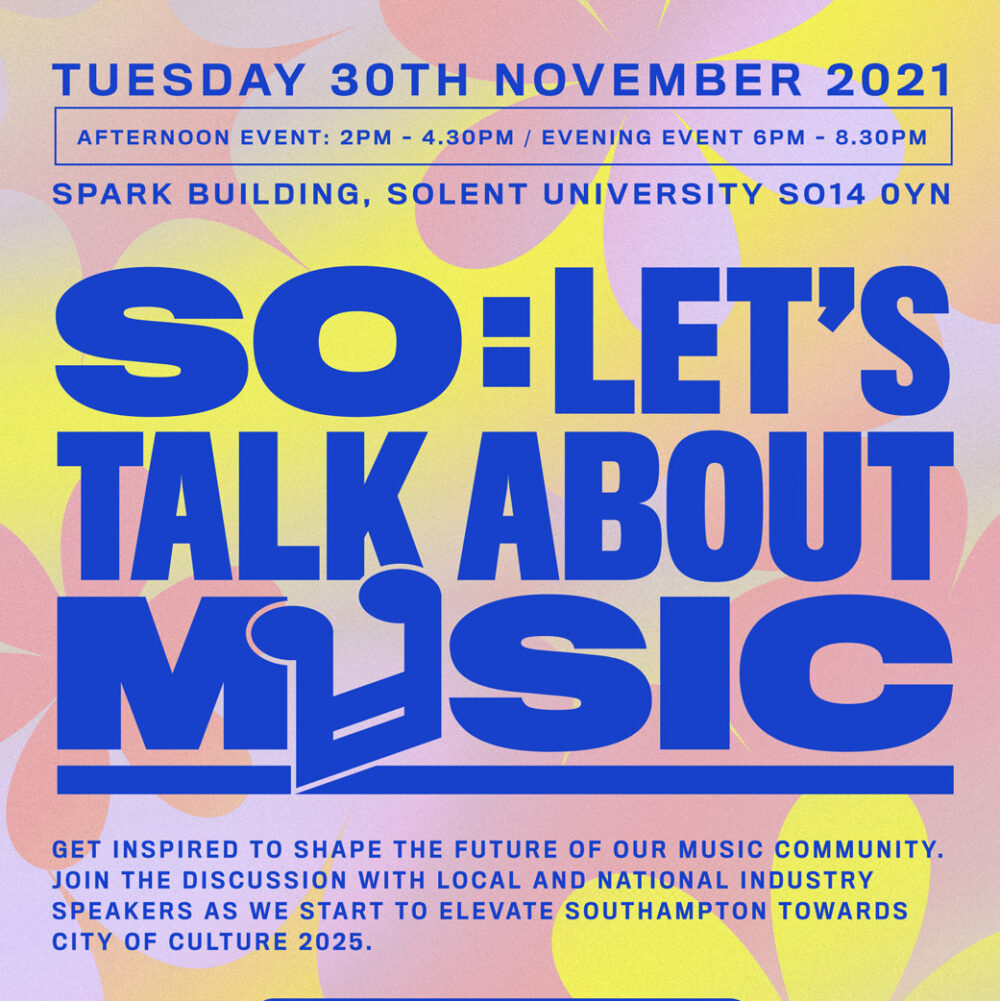 On Tuesday 30th November, everyone involved in the music community in Southampton is being invited to take part in SO: Let’s talk about music, organised by Southampton Festivals at the SPARK Building, Solent University. The FREE event is to bring together all types of musicians, DJ’s, producers, promotors, venues and others to talk about building up the city’s music sector, particularly with the City of Culture 2025 Bid in mind.

Tony Gumm of Southampton Festivals says “We want people to come together and talk about what we need to do to boost the city’s music sector, and make sure that music is at the forefront of the City of Culture bid. If In Common readers are active in the music scene, whatever music they play, or whatever they do, we want then to get along to the event. We want to get the word out as widely as we can.”

“We have a great music scene, and a fantastic musical history in Southampton. It’s very diverse, but it’s also quite hidden – and we want to bring it out as a real asset to the city, and one we should be developing more.”

The event will run twice – afternoon and evening – to give as many people as possible the opportunity to take part. It will feature short inspirational talks from local music industry leaders, and then the floor is over to everyone to share their ideas and decide on how best to make things happen.

Charlie Hislop says “Over the last two years nationally, we have seen the music industry working together over Covid, venue closures, streaming and touring in Europe. We believe that by coming together we can deal with some of the local challenges that have been talked about for years, and become a voice that has real influence, as well as helping to build Southampton’s reputation as a great music destination.”

SO: Let’s talk about music has been organised with the support of the City of Culture Bid, SOCO and Solent Music. The City of Culture team will be listening in to make sure that the bid reflects the city’s music.

This event is free for anyone to attend, book tickets here. www.socomusicproject.org.uk/letstalk/

Could you help to support In Common, for as little as £1 a month? Please help make us sustainable with a monthly donation. Visit: patreon.com/incommonsoton