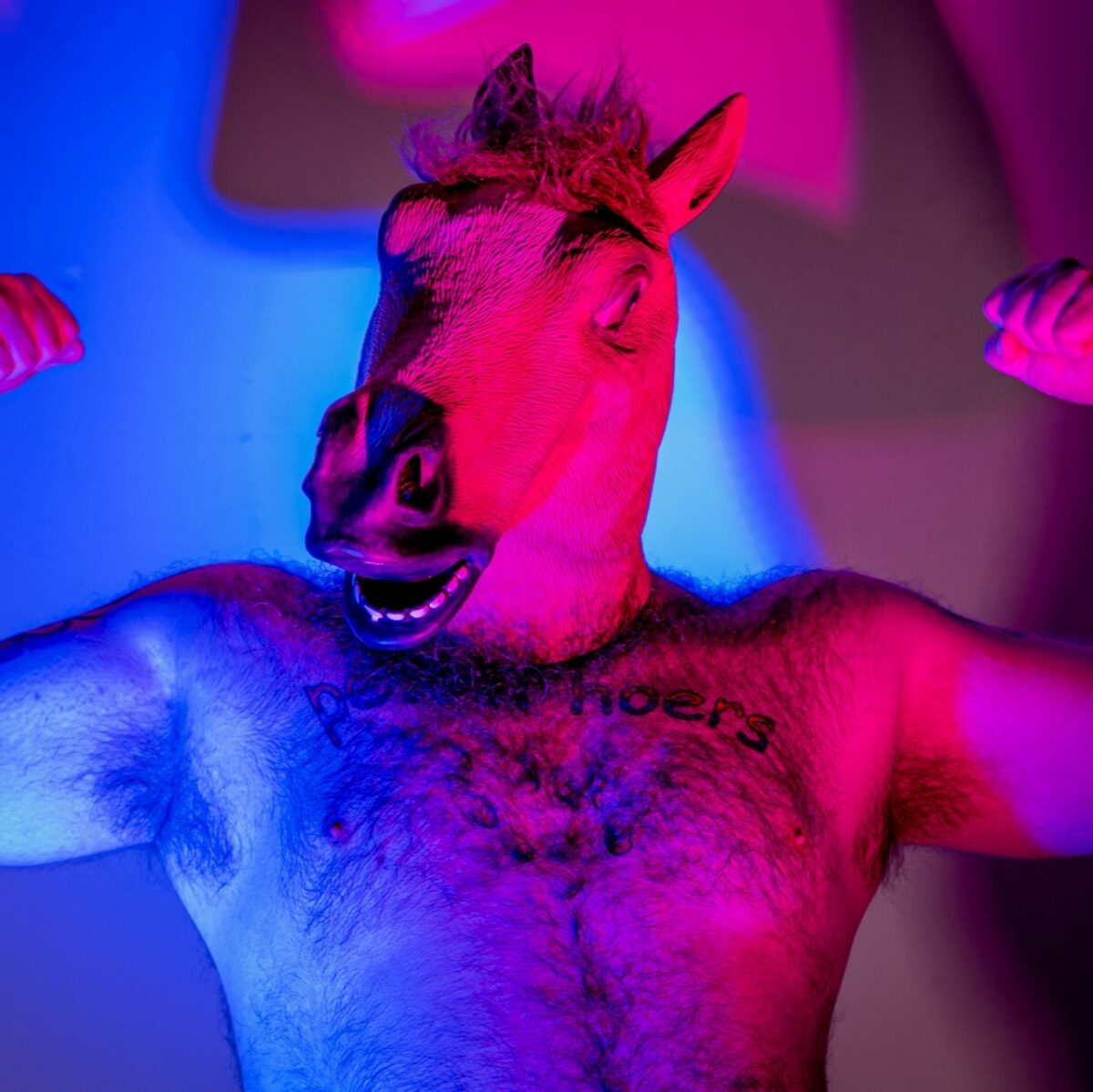 Describing themselves as a “multicoloured ‘sh*t-disco’ extravaganza”, three indie bands bring their Get Naked and Roll Around in the Dirt tour to Heartbreakers, Southampton on April 13.

The tour feature three bands in a joint headline tour: The Ducks, Petrol Hoers and Petrol B***ard. The bands are sharing headline duty, so may play in any order on the night.

Petrol Hoers describe themselves as a blend of aggressive punk and noisy drum+bass but with a surreal horse flavour.

The Ducks say they are “a weird, antisocial and aggressive three piece, from the shores of Brighton. The bargain bin soundtrack to broken Britain. They’ve got masks, they’ve got thirteen costume changes, and they’ve got a load of new videos up so you should have a little watch.”

Petrol B*****d is a 2-piece  techno-punk band, describing themselves as “like the cast of Bottom beating each other up to a Vengaboys soundtrack. Totally rubbish choreographed dance routines, audience participation, and loads of swearing”.

Everyone is welcome, and the gig promises to  have a feel-good-end-of-the-world-party atmosphere.

The bands need to make sure touring remains financially viable but we also don’t want to turn everyone away who cannot afford the full ticket price. For each gig on the tour there will be a limited number of tickets available on a pay-what-you-can basis. These tickets are intended for people who are on low incomes or are unwaged. Free tickets for carers are also available .

Please get in touch with: petrolhoers@gmail.com if you would like to get hold of pay-what-you-can or carer/companion tickets.