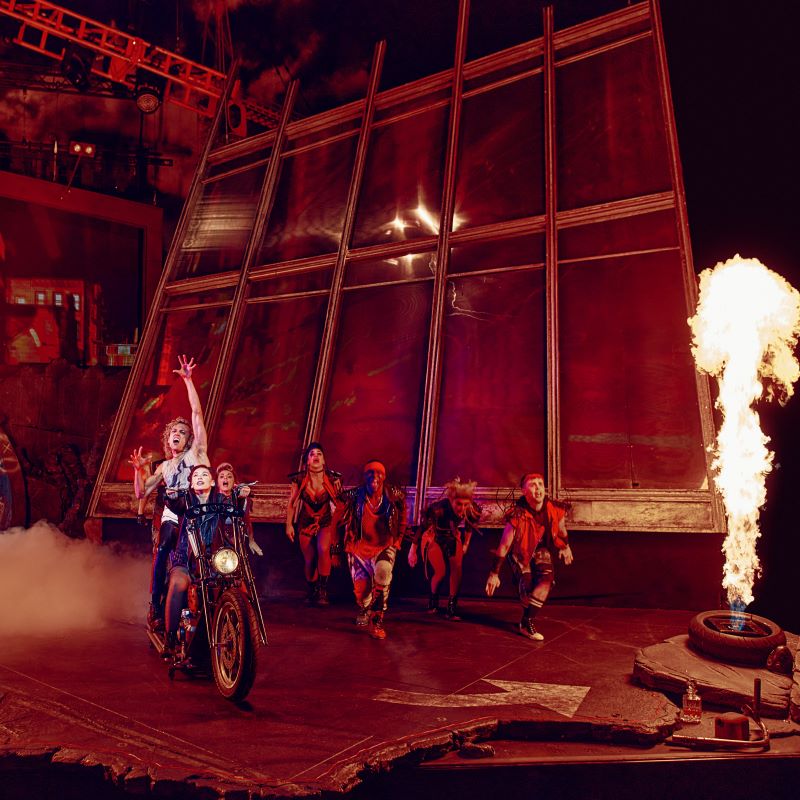 The award-winning Bat Out of Hell – The Musical, featuring Jim Steinman and Meat Loaf’s greatest hits, will burst onto the stage of the Mayflower Theatre from Tuesday 28 June to Saturday 2 July 2022.

Bat Out of Hell became one of the best-selling albums in history, selling over 50 million copies worldwide. 16 years later, Steinman scored again with Bat Out of Hell II: Back Into Hell, which contained the massive hit, I’d Do Anything for Love (But I Won’t Do That).

In the musical stage show, the electrifying rock songs of Steinman propel an epic story of rebellious youth and passion as Strat, the immortal leader of The Lost, falls in love with Raven – the beautiful daughter of the tyrannical ruler Falco.

Producer Michael Cohl says: “We’ve all been through a lot these past months, and we now need a really good night out with friends and family.

“People will once again be able to dance and sing along to these great Steinman songs. This musical was Jim Steinman’s life-long dream and he was incredibly proud of the love the show received from critics and audiences alike. This tour will be in memory of Jim.”

Get ready to enjoy an evening of iconic songs from the Bat Out of Hell albums, including You Took the Words Right Out of My Mouth, Bat Out of Hell, I’d Do Anything for Love (But I Won’t Do That), and Two Out of Three Ain’t Bad, as well as two previously unreleased songs, What Part of My Body Hurts the Most and Not Allowed to Love.