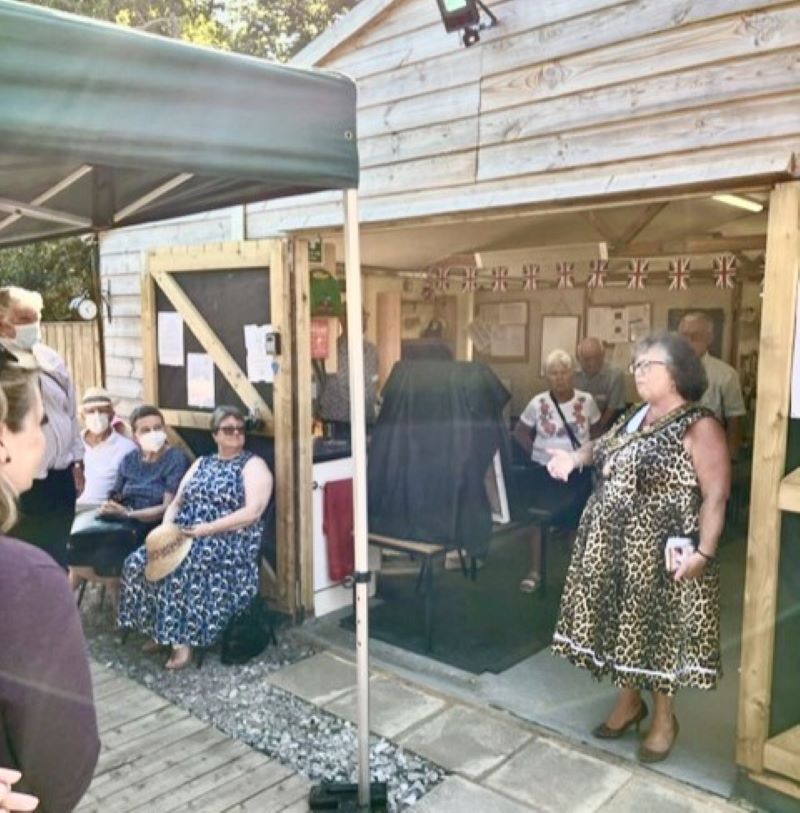 Shirley Men’s Shed, a Southampton based charity was officially opened by the Mayor of Southampton, Councillor Jacqui Rayment yesterday (July 14).

Shirley Men’s Shed has created a community space where people can connect, converse and create.

The charity’s aims are to combat loneliness, improve mental health, foster new friendships  and improve wellbeing. Members can use the shed to make new friendships, use the tools to make, repair and create  things and share skills and knowledge. The charity also welcomes those that would just like some  company, a chat and a drink.

Since its formation in 2018 the charity, which is a member of the national UK Men’s Shed  Association, has been raising funds through activities and grants to build and operate a Men’s  Shed in the heart of the Shirley, Southampton, community. Grants awarded so far from amongst  others, the National Lottery Community Fund, Arnold Clark, Southern Water and Southampton  City Council and money raised through fund raising activities such as a sponsored walk and the  members making and selling bird boxes and bug hotels have enabled the charity to build and  equip premises on a piece of land owned (and leased to the charity) by St James Road Methodist  Church, in St James Road, Shirley.

Despite the impact of Covid, progress on building and equipping the shed has been ongoing, with  volunteers doing the majority of the work.

“ It has taken us around four years from the idea of creating a Men’s Shed in Shirley to being able  to officially open the shed. It has been a lot of work for our trustees, members and  volunteers, with the added complication of a Covid epidemic to deal with. We are all very grateful  to those organisations that have awarded us grants, which include the National Lottery  Community fund and Southampton City Council, and to those organisations and individuals that  have donated goods and equipment, often at low or no cost. We all hope that the shed will help  many people over the coming years. ”

For more details about Shirley Men’s Shed and their charity work, visit their website:  shed.stjamesroad.co.uk

You can email the charity at: info.mensshedshirley@gmail.com