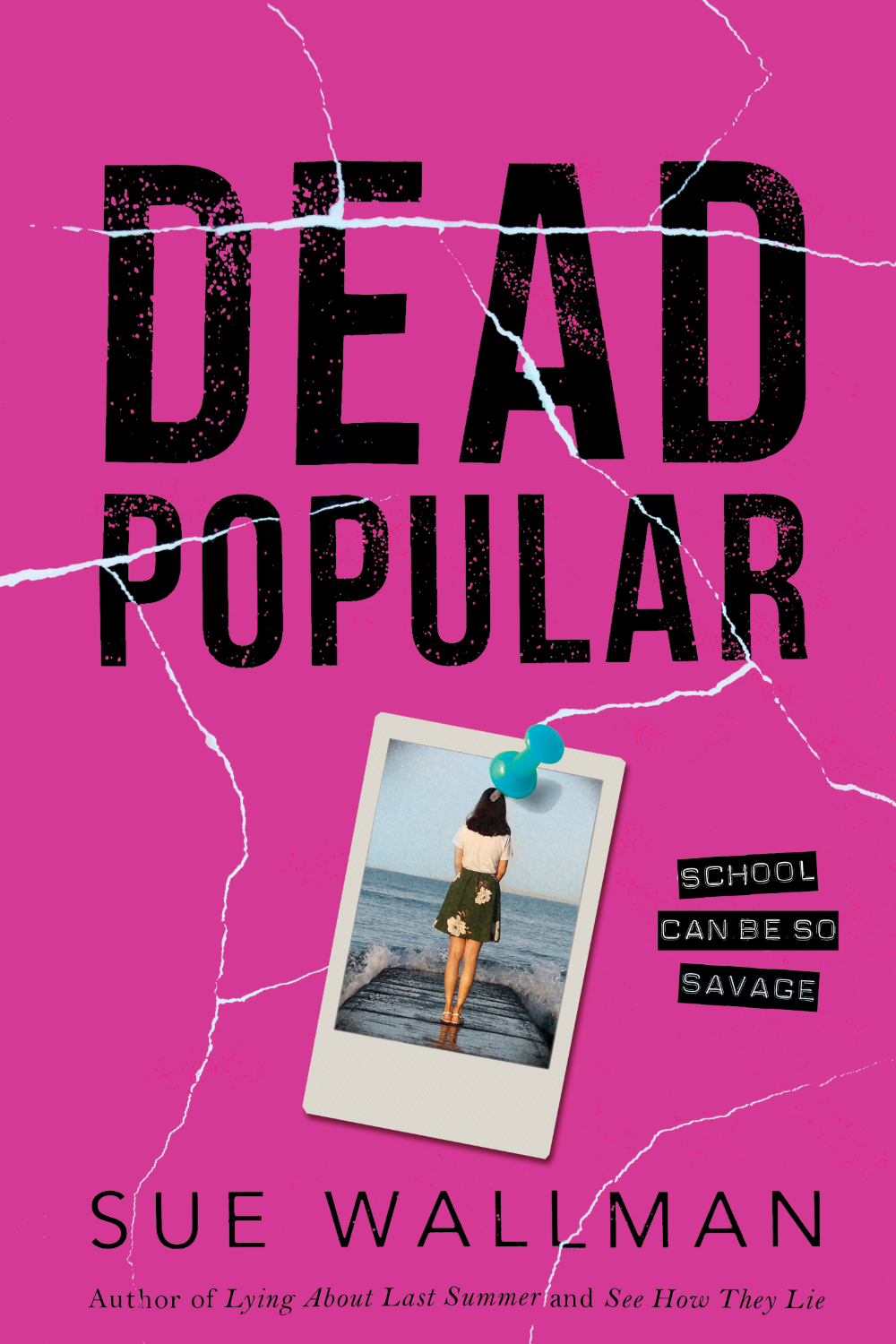 Dead Popular is a Young Adult novel set in Mount Norton School, one of the most expensive boarding schools in the country. With its coastal setting and state-of-the-art facilities, the students are entitled, confident and guaranteed to succeed. It’s the beginning of term and Kate Lynette Jordan-Ferreira is the newly appointed House Prefect. She’s beautiful, artistic and influential and this is the year she’s going to go down in school history by throwing the most epic party ever. But everything isn’t as plain sailing for Kate as it appears. In fact, “Fake it till you feel it” could be the strapline of her life so far. For this group of over-privileged, bright young things, you’re only as good as your last comeback, your last insta post, your last crush. In the pressure-cooker environment of Mount Norton, there’s nowhere to hide from those who want to see you fall.

This is a carefully constructed whodunit story. The breadcrumb trail of clues is beautifully laid and frequently hides in plain sight so it’s only on re-reading you realise how skillful the author has been. However, it’s the relationships between the characters and the things they learn about themselves and each other during this most difficult of school years, that are at the heart of the story. Every little detail of the characterisation adds a layer of understanding and insight. The new housemistress, Miss Calding, has a particular mannerism that is at once intriguing and identifiable. Monro, with his reputation for unpredictability and anger issues, is a classic case of actions speaking louder than words. Kate’s grandmother, Elsie Gran, with her mercurial attitude to cooking and love of sultana bran, is a delight and the perfect antidote to the toxicity of the rest of Kate’s life.

The themes too are woven carefully throughout the narrative. For example, Kate is determined to be the next winner of the Pankhurst Art Award, and the first to win with a piece of sculpture. When given the theme of the human form, she switches from her usual subject, dragons, (strong and fiery), to a pair of hands (that remind her of Elsie Gran’s). The journey of this sculpture is as captivating as Kate’s own, and feeds wonderfully into the exploration of perception and reality that is ever-present in this story.

There are a few times when we only get to hear Kate’s reported version of an event she was involved in. This tripped me up and at times, left me feeling distanced from people and emotions I wanted to engage with more fully. On the other hand, it could reflect Kate’s state of mind; as she retreats into a protective bubble, she takes the reader with her.

Overall, Dead Popular is a wonderful story of love, revenge and friendship. Although aimed at teenagers, there’s lots to enjoy for those of us well beyond that age; it’s an empathy-boosting reminder of just how complicated this time of life can be.

Published by Scholastic. Out now.