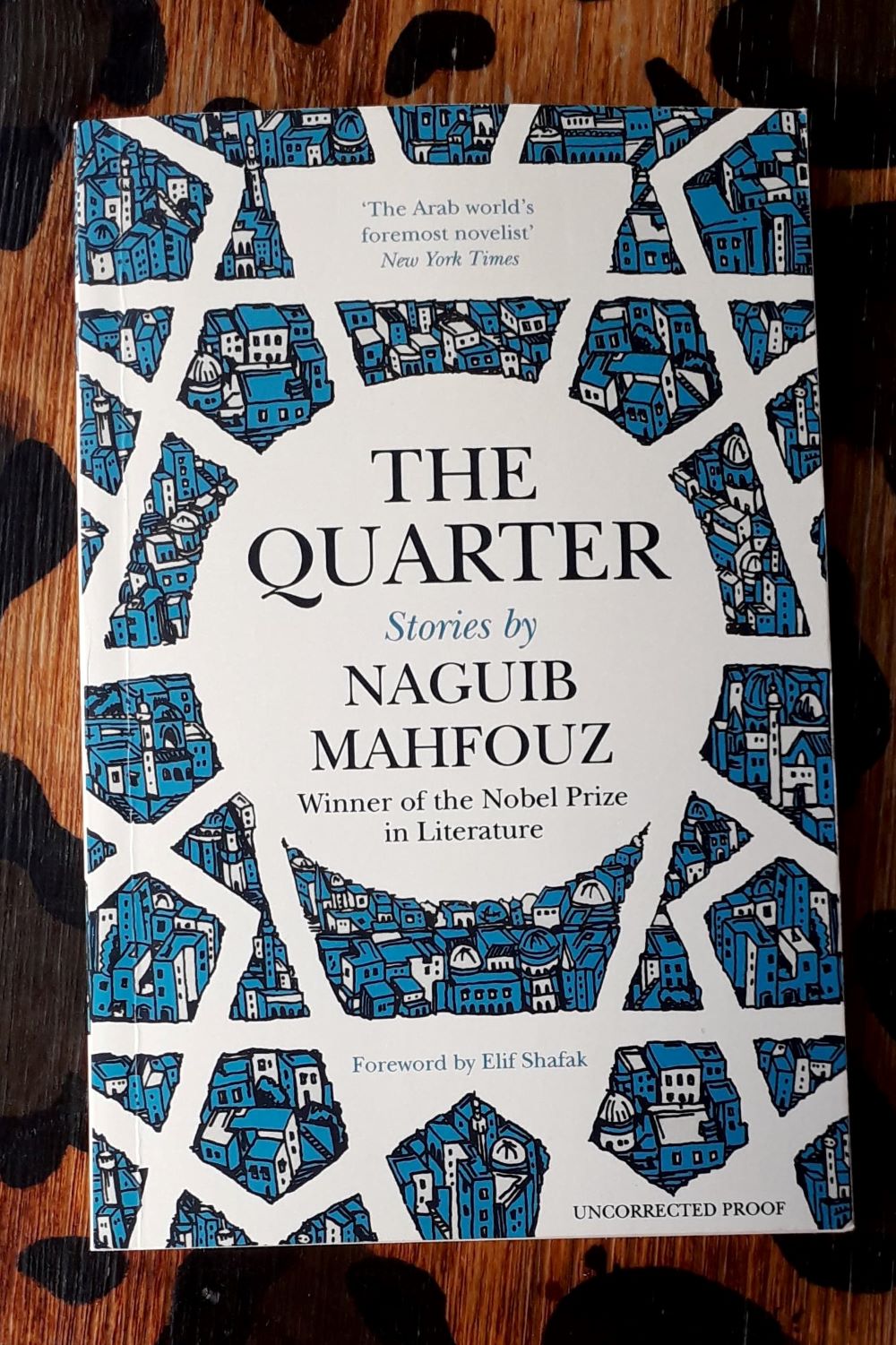 To my shame, Naguib Mahfouz is not a name I knew before receiving his book ‘The Quarter’. When you consider that he won the Nobel Prize for Literature in 1988, this oversight seems all the more shameful. But rather than descend into a Catholic guilt spiral and spending the rest of the day screaming “Mea Culpa,” a word about the luminous prose contained within the short stories in this book.

In The Quarter, we are introduced to someone who can only speak the truth, a lonely gambler, a frugal rich man, an ageless beauty and the occasional God and demon, all of whom co-exist in Cairo’s Gamaliya neighbourhood; a place where myth, legend and day to day life collide. Each story is told briskly, with a sparse and functional use of language. This sounds like a negative, but it’s spartan nature is so beautifully constructed that it’s shines. Not one dazzling word is wasted.

The stories are rarely more than three pages long and so perfect to dip into if you have a few minutes with nothing to do. The cumulative effect is to get a deeper understanding of Gamaliya’s inhabitants, its social structure and the atmosphere of life in a Cairo that may or may not exist. You’re never quite certain of the reality of the place, such is the dreamlike ambience evoked, but it is a heady, halva and rose water laced dream – sold by several characters in the book – that embraces and enriches.

Although there is no single narrator, it feels as if Cairo itself is the main character; overseeing and curating the lives of its denizens. Despite the actions of some of the subjects, Cairo gives them a mother’s love.

The Quarter reminds me – in part – of Italo Calvino’s “Invisible Cities” which treads a similar path in creating a map to a city via its inhabitants. The Quarter, though, reads more as fairy tale or folklore and has an air of stories that have been transcribed from a verbal archive; previously handed down by mouth.

This is the first time these stories have been published having been found in a drawer twelve years after Mahfouz’s death in 2002. Tied up with string, the attached label that said they were ‘To be published in 1994.’ It may be twenty five years late, but the wait was worth it… and I now have thirty four novels to catch up on.

I give it ten out of ten.

Published by Saqui Books. Out now. Available from October Books, Southampton, and other retailers.