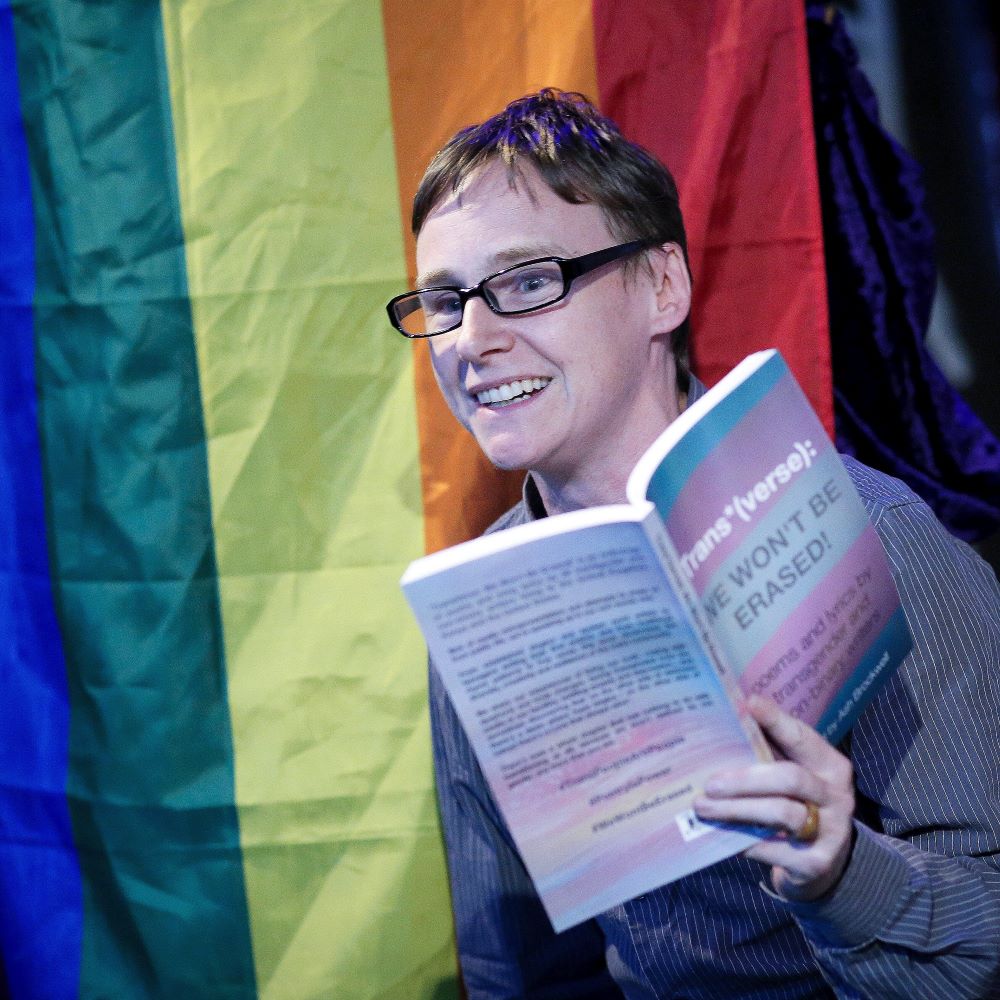 TransVerse: We Won’t Be Erased!, an anthology of poems and lyrics by transgender and non-binary writers, was recently launched at The Art House Café, in Southampton. The event consisted of performances by some of the poets and gave us a chance to speak to the editor, Ash Brockwell, about this project.

How it all started

Ash explained that TransVerse is a combination of both new and existing material by the various poets, though the idea rose from a core group of trans and non-binary writers who already had songs or lyrics that they wanted to publish. He then shared the idea on Facebook to recruit more participants.  The published book has a total of 26 contributors.

Explaining what he would like people to get from this anthology, Ash said that the three hashtags on the back of the book sum it up: #TransPeopleArePeople, #WeWontBeErased, and #PoetryIsPower. “Firstly, the purpose is to make it clear that trans people are human beings like anyone else – individuals with their own careers, aspirations, passions and dreams,” He said. “Politicians can’t arbitrarily decide we don’t exist, try to separate the world into ‘biological males’ and ‘biological females’, and expect everybody to go along with it quietly – biology just isn’t that simple.” 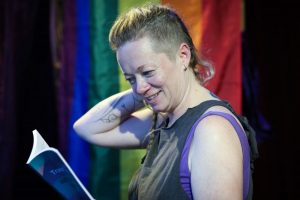 Moreover, Ash feels that trans and non-binary people need to be given space to talk about their lives and experiences in their own words, and to be listened to, rather than being shouted down or reduced to stereotypes.  Importantly, along with the aim of helping cisgender people (i.e. people who are not trans) to understand and learn more about trans people, the book was also created as a way of reaching out to young people who don’t have any trans or non-binary role models in their lives.  Ash hopes the poems can make their lives a little easier by reassuring them they’re not alone. 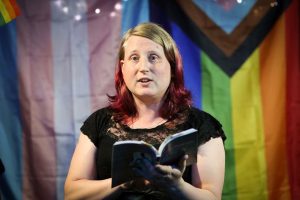 Ash’s key message  is that “everyone is valid and everyone’s voice matters”. A powerful statement, which is not only his view, but is also conveyed in the aim and idea behind this anthology. Ash is a strong believer that “even if you don’t personally like the way someone’s crafted a particular poem, you don’t have the right to silence that voice, because it’s their truth and it deserves to be heard, just as much as anyone else’s.”  This brings us back to the main focus of the anthology; helping people see trans lives through trans eyes, regardless of rhyme and form – seeing that what there is to be said already contains such raw emotion. 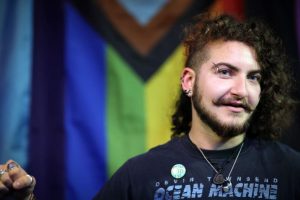 Ash proudly stated that one of the most beautiful things about this whole process was to be able to watch people blossom.  People who never thought of themselves as poets or writers before can now see their work in print, in a real book, which really lights them up.  As a community, there are now solid connections, one of them on Facebook, where everybody has the opportunity to chat and share ideas, and this has led them to start thinking about their next project, which means that a TransVerse 2 may soon be in the pipeline.

The project has also raised funds for the Refugee Trans Initiative in Ongata Rongai, a safe house for twelve vulnerable trans women who came to Kenya as refugees from Uganda and the Democratic Republic of Congo. 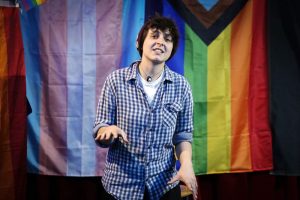 The book launch featured some of the poets reading their own material.  It included performances from Ash Brockwell, RKP, Kay Whitehurst, Devin Valentine and Jani Franck. The performances were full-heartedly delivered and demonstrated intensely how passionate and meaningful this subject is to each one of the poets. The anthology will take you through a journey that illustrates the struggles behind the transitioning process, the discrimination and thoughtless comments they are subjected to, and identity issues. But above all, it is of utmost importance to stress how beautifully they support each other, even whilst facing their own individual struggles.

The Exhibition and the Anthology 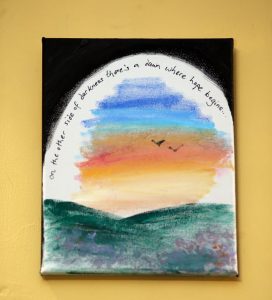 The exhibition, which is the “twin” for the anthology, displays the visual art version of Ash’s poems (or vice-versa), as he explained that although in most cases the poem was born first, in some cases it was the painting, and in a few cases they were more or less parallel.

TransVerse: We Won’t be Erased can be purchased from The Art House or directly from the publisher  at https://www.completelynovel.com/books/transverse-we-wont-be-erased.