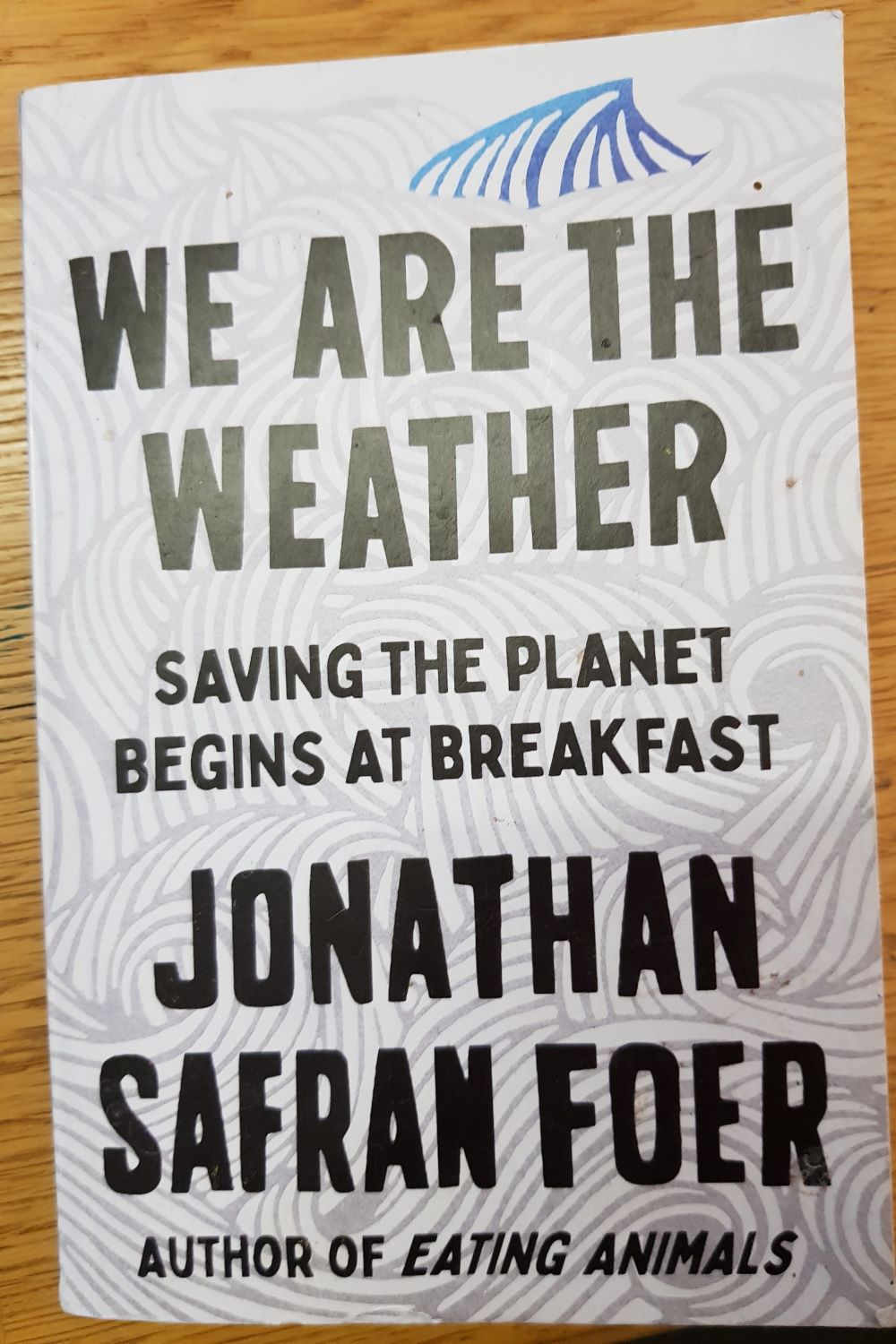 All sensible people care about climate change. We are all worried about it. But are we really worried? Do we actually believe it?

This is the central question around which Jonathan Safran Foer’s new non-fiction book revolves. Using examples and anecdotes from both world history and his own family history, Foer gently probes and explores the nuances of our attitude to global warming, and offers explanations for our seeming lack of effective action.

The first part of the book is both enjoyable and thought-provoking. Foer consistently makes the point that climate change feels like a ‘far-away war’. However much we care, we find it hard to believe that our actions can influence the outcome. His tone is politely polemic. He includes himself in his criticisms of western apathy and agonises over the ways in which we all continually fail the planet. He never hectors, but spins ideas on their heads, wrong-footing the reader and taking us on flights of fancy – reminiscent at times of great American harlequins like Tom Robbins or Kurt Vonnegut. Foer’s prose here is a delight – natural and unforced, returning like a tongue to a sore tooth to the painful realities of the argument.

Having drawn the reader in with undeniable and gently philosophical ideas, Foer finally reveals his underlying thesis: that animal agriculture is as much to blame for climate change as fossil fuel consumption, and is the one area where we could actually effect lasting change, simply by changing the way we eat. The second section – ‘How To Prevent The Greatest Dying’ consists of a number of short, factual chapters. Foer uses statistics to build his argument, careful not to overload the reader, but making a convincing case (notes and appendices give deeper provenance to his research).

Finally, the book returns to discursive exploration, but with animal agriculture as a more prominent theme. Foer is brutally honest – he admits to secretly eating burgers whilst promoting his previous book on vegetarianism – ‘Eating Animals’ – and even gives us a long dialogue with his conscience. This ‘Dispute With The Soul’ is both funny and painful, but also helps diffuse any whiff of sanctimony in Foer’s polemic. The fact that he is so honest in his own assessment of his various hypocrisies makes it hard for the reader to hold any against him.

Ultimately, Foer’s core suggestion – that we all give up animal products before dinner – will seem quaintly moderate to those who have embraced veganism far more whole-heartedly. His reasoning may well be sound, however:  a shift in the balance of supply and demand for factory farming, using an achievable and non-threatening idea, may have a more radical effect overall than more extreme ideas that are only adopted by a few. I enjoyed this book and recommend it. It doesn’t deal with the current wave of protests, or the influence of Greta Thunberg, but it does explore ideas that may have troubled many of us for quite a while.  This is gentle and polite activism, but every little helps, and it deserves a wide audience.