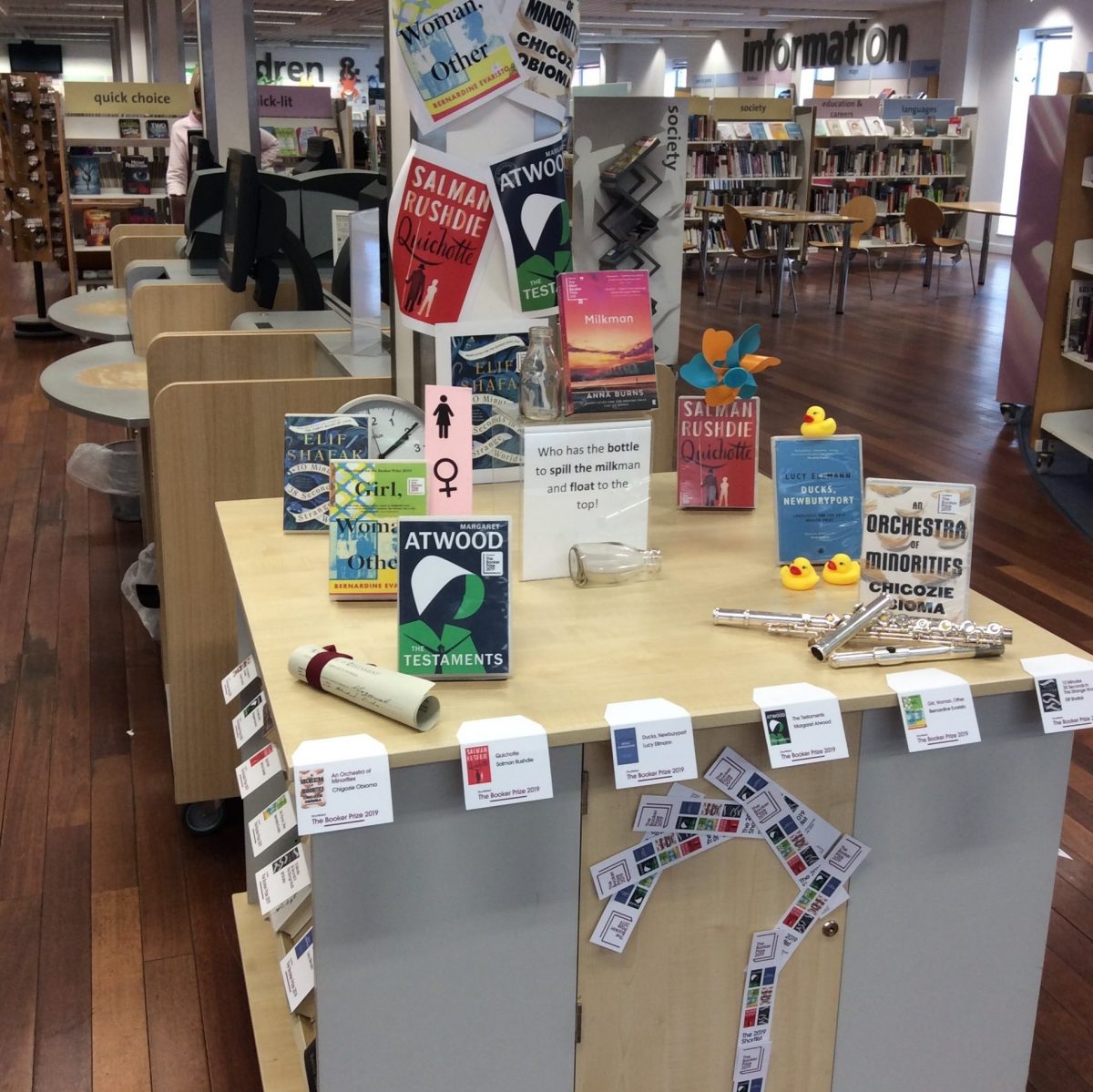 Shirley Library, Southampton are Winners of the Best Library Display of the Booker Prize Short List 2019.

“The hardest thing to source were the rubber ducks!” says Fran Simonis, who along with colleague Cath Brear of Shirley Library, Southampton, set up the winning display. The competition is managed by The Reading Agency, who send out promotional material nationally to libraries for their displays of books from the Booker Prize Short List. The prize is copies of each of the Short Listed books for the library.

“We’re so pleased! Here we are in our little library against other larger libraries – and we won!” says Cath Brear, with a huge smile. The display used empty video boxes, mocked up as the books due to them being out on loan, and the representative objects were from the lost and found box in the library. Except the rubber ducks for Lucy Ellman’s Ducks, Newburyport, which they had to seek out and find!

So, if you think you recognise anything in the display, you may be right! Items include a flute, a Scottish will, a clock and a windmill! Huge Congratulations to you Cath and Fran, from In Common! We’ll be keeping our eyes open for more award worthy displays in the future.