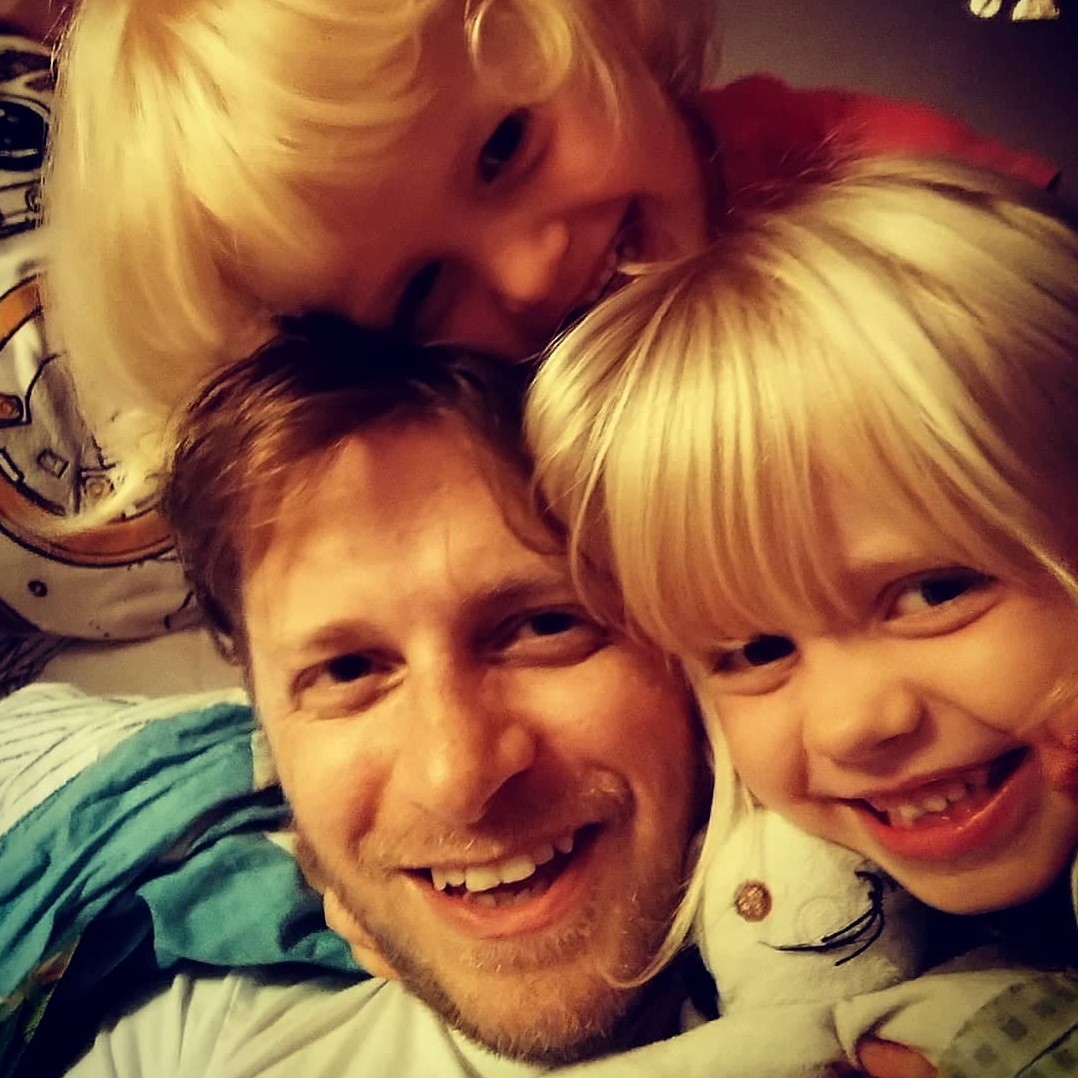 On November 15, Greg Gilbert’s third exhibition of the year opens. This year, he has already shared gallery space with Leonardo Da Vinci at Southampton City Art Gallery and been featured in Everything is Now at Solent Showcase. He has also seen the publication of Love Makes a Mess of Dying an anthology of his poetry, after he was chosen as one of four Laureate’s Choice poets by Carol Ann Duffy. And now his work is set to be shown beside the likes of Graham Arnold and Alice Kettle as part of Romantics at St Barbe Museum and Art Gallery in Lymington.

It would be impressive for anyone, let alone someone who, by his own admission, doesn’t really look for opportunities to show his work. “I don’t have the energy to chase down exhibitions,” says the Southampton based artist, poet, musician and father-of-two. “I just want to focus on the creativity. The most important thing isn’t exhibitions. As satisfying as is it for me to get the work out there, the most important thing is to be creative. I crave it.”

That said, Greg adds that he does like to have something, like an exhibition or publication deadline, to aim for. “I like to have something to work towards,” he says.“It really helps keep my mind away from going down rabbit holes.” The rabbit holes in question involve Greg’s ongoing treatment for stage four cancer. He was diagnosed with bowel cancer that had spread to his lungs almost three years ago. The day after our interview he has another scan and is set for another gruelling course of treatment, after a much welcomed six month break. His sense of dread at the physical struggle ahead of him is palpable. 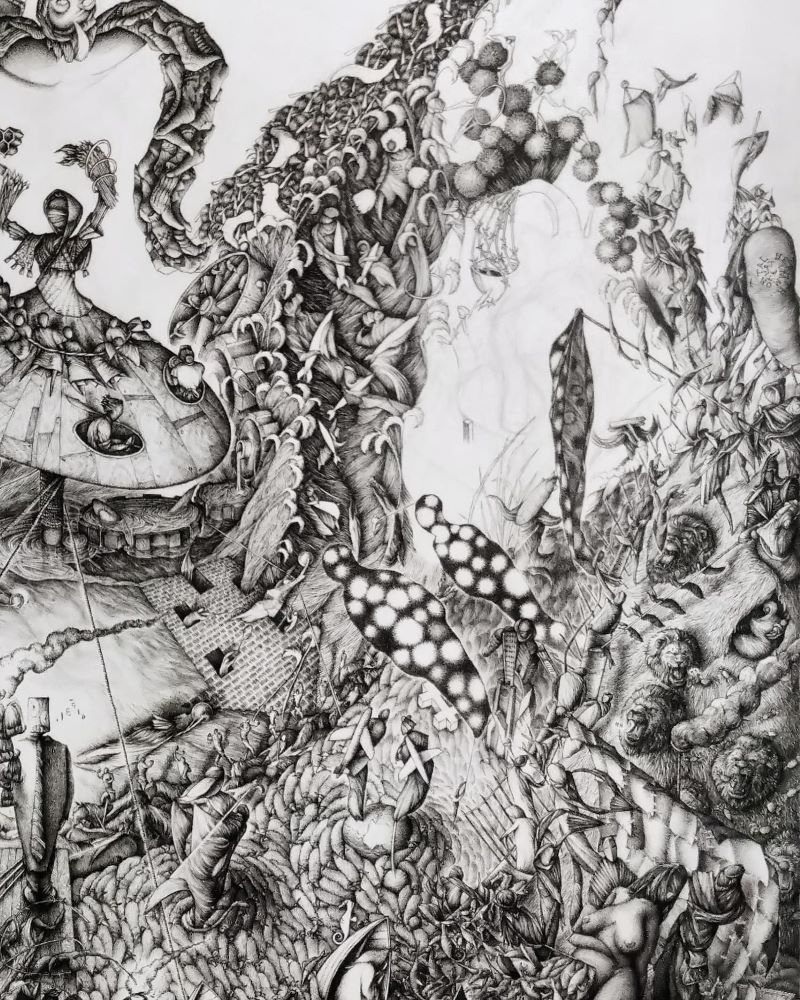 Greg will be showing two pieces in the exhibition, a smaller work and, at the time of our interview, an as yet incomplete large drawing, above, which features incredibly detailed images, many of which have a dream-like or even nightmarish quality, which offer a complex window into Greg’s psyche.

“One of the things about this exhibition, Romanticism, is that the label can be stretched to fit your own purpose,” he says. “It’s a label that can trace my impulses right back to my childhood. There’s something about escape from reality but not really into fantasy. I have sense of accessing an internal world.”

Greg explains his artistic process. He doesn’t set out with a plan in mind of the finished piece but draws images that come from deep inside of him, and which, at the time of creation, he doesn’t fully understand. Over recent years, his art has developed from miniature pen and ink drawings, often collaged from old photos, through abstract acrylic work to detailed drawings, which spill out of him, almost without filter.

Little jewels of self

“I have notebooks full of drawings and have had ever since I was diagnosed,” he says. “I just want to get them onto paper. The images feel precious, like I’ve found little jewels of self that I’ve been looking for. I start putting them down when they come without trying to make an image. I feel almost as if I want to give birth to them. Lots of the imagery is quite explicit in terms of what it conveys after the fact, but I’m not aware of it when I’m doing it,” he adds.

There is a sense of childlike curiosity and wonder in Greg’s process. He doesn’t know where each artistic journey will take him and through his pencil and paper, he goes beneath the surface. As such his work is very raw, and he isn’t prepared to part with his drawings. In fact, having shared his work on social media before A Gentle Shrug into Everything, his exhibition alongside Da Vinci at Southampton City Art Gallery,  he had effectively sold all of his drawings before the exhibition had even begun, but had to contact all of the would-be buyers to let them know that he couldn’t let the works go.

Greg says that he can trace many of his themes, both in his work and his interpretation of the world around him, to his childhood wonder at television series Box of Delights, which captivated him. “I can trace a lot back to it,” he says. “There’s a sense of things being hidden behind a thin veil, the sense of closeness of another world. As a kid, I was fascinated by things like alleyways and edges to walls. I can remember getting butterflies from that sense of liminal space and passing from one space to another. There was a thrill of magic at simple things. I can still feel like that, especially in nature. I often feel like I’m only just around the corner from finding out things.”

Greg acknowledges that while his openness to what’s around him is a key aspect of his creativity, it does have its shadow side. “The whole thing boils down to the idea of possibility and with possibility you can’t pick and choose how that impacts you,” he reflects. “If you feel everything is possible, then that includes the scary stuff as well.”

In recent times, Greg has found himself engaging with his own work at a new level. In his mind, often with the help of meditation, he moves into his work and interacts with the characters that he has felt compelled to set down on paper, conversing in his mind with them, and, of course, therefore with himself. “I’ve been going a step further into the images,” he explains. “I’ve been having discussions with the characters I’ve drawn. It’s fascinating. It’s a way for me to bypass my subconscious.” 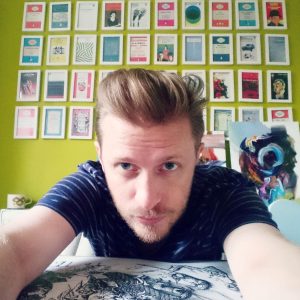 There’s a sense of urgency in Greg’s work, not only because he has to get the current piece finished for the St Barbe exhibition but also because he doesn’t know what effect his forthcoming treatment will have on his ability to create. His last round of treatment had to be stopped early because it was taking such a hard physical toll on him, and he has two more cycles to complete.

Whilst he was undergoing it he found he began to experience coldness and pins and needles in his hands. He’d been warned previously that the treatment might affect the nerves in his hands and the threat of that is there, alongside the knowledge, based on experience, of how physically gruelling the treatment will be.

But Greg is an artist, and it’s apparent that his drive to create will find a way through – it’s more than a desire or a passion, it’s a function of his being.  “If my hands were badly affected I would just have to make a different kind of art,” he says. “That’s been my biggest coping mechanism throughout this, through my whole life.”

Greg is constantly creating. During the six month break in treatment that he is nearing the end of, he has been back with his band, Delays, whose previous hits include Hey Girl and Long Time Coming, working on new material, although they are not as far along in the process of creating a new album as he would have liked. He has also been working on various writing projects of his own.

Both Greg’s art and his poetry can be painful to look at at times. It would be hard not to cry at the brutal honesty, sadness, fear and fragility on the pages of Love Makes a Mess of Dying and much of his artwork is similarly moving. There’s a sense of him opening up some of the darkest corners of his subconscious for the world and it’s a moving and often humbling experience for the viewer. He has no time for irony in art. In the work of the artists he most admires, Paul Nash and Stanley Spencer, for example, you can, he says, feel that they experienced or witnessed suffering, and have turned that into something beautiful.  “I haven’t got any room for cynicism in art. For me it needs to be sincere. In comedy, though, it’s perfect,” he adds.

And, of course, Greg does have a cynical side, particularly when it comes to politics. He is horrified by the state of British and global politics, fearing what the various Brexit machinations might bring, expressing sadness and anger over Trump’s actions in Syria, questioning why and how people seem to have been whipped up into such hatred for others, and wondering where this will all end. In amongst that, he has very real fears about what the impact of Brexit might be on his own treatment and whether the drugs he needs might become unobtainable.

At the same time he knows, and is eternally grateful, for the fact that he has a  financial cushion, thanks to a record-breaking fundraiser, Give4Greg, organised  in the early days following his diagnosis by his then partner Stacey Heale (they married a year ago), to pay for any treatment he needed that wasn’t available on the NHS, which has raised more than £200,000. “The fact is, 99 percent of people needing cancer treatment aren’t in my position to circumvent potential problems down the road,” he says.

“Few things anger me as much as people being glib about the effect that Brexit might have on things like essential drugs, and to see people so up in arms about something that clearly wasn’t impacting on their lives at all before the referendum. I don’t think the EU is perfect but I don’t think it’s worth putting the NHS at risk for, according to the government’s own reports.”

It’s clear that Greg’s political views run deep and his points aren’t born out of a desire to come up with a compelling argument for his ‘side’ but real, genuine fears, which help to keep him up at night, and see him seeking solace in YouTube prank videos to distract him from dark thoughts, while the rest of his family sleeps. But, he says, he is making an effort to reduce his political engagement. He finds it draining and he knows himself well enough to know that he has to protect himself, withdraw sometimes and save his energy. He needs it for his family – Stacey and their two young girls, Dali and Bay – and his art.

Soon, the large-scale piece Greg has been working on will be finished, framed and on the wall at St Barbe Museum and Art Gallery. But the next piece is sure to be close behind. And, as with all his work, it will be the piece he feel he has to create.

“I learnt a lot as an artist from the exhibition alongside Da Vinci,” he says. “The response to my work was so moving. Not one piece in the gallery was done with commercial appeal in mind. It reinforced the notion that you should be pleasing yourself. There is purity of expression in it. I’m in the fortunate position that I have the time and the space to do that.”

As our interview draws to a close, he packs away the huge pile of books that he’s been reading from ahead of my arrival, as well as his ever-present notebook, but that doesn’t break his flow of talking about art. His passion for what he does is tangible, but this is more than love, even, it’s a need to create.

“I always have a lot of self generated projects on the go,” he concludes. “I need to be doing something or I’m not sure who I am or what I’m about.”