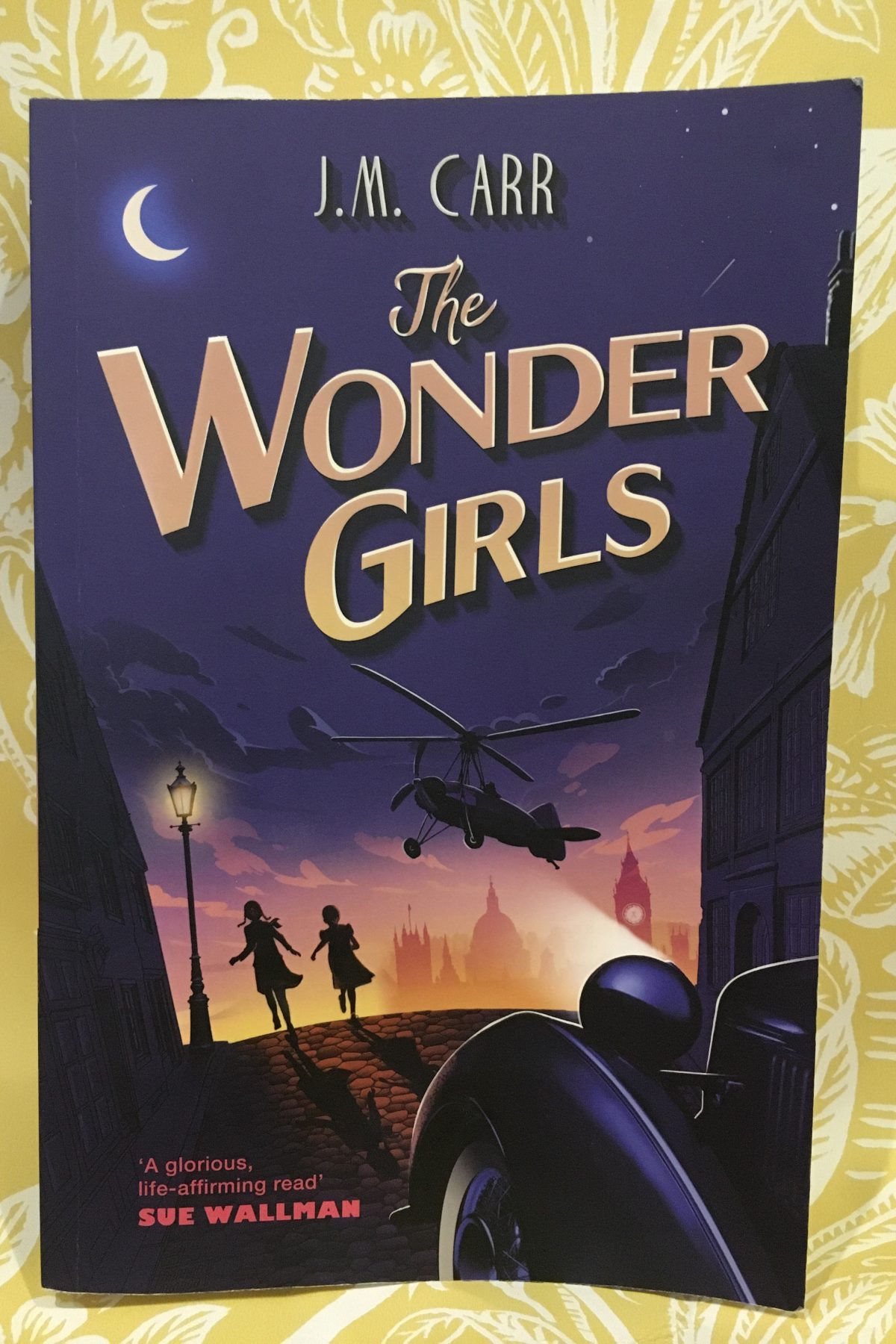 The Wonder Girls is a fast-paced, full-hearted, total romp of an adventure.

The story takes place in England in 1936 and is set against a backdrop of the rise of fascist ideals. The Blackshirts are marching the streets, unrest is in the air and if you’re a young girl without parents, it’s a dangerous time to be alive. Two character perspectives are used to tell the story: eleven-year-old Baby and thirteen-year-old Ida. Baby is an orphan who lives on the streets with her sister, Fingers. Surviving solely on their wits and the scraps they can scavenge from the unwary.

The story starts with Baby being saved from the crush of a Blackshirts’ march by a golden-haired angel of a girl, who promptly gets kidnapped by sinister grown-ups in a fancy car. Baby, fiercely loyal and warm-hearted, determines to save her Goldilocks girl; she and Fingers set off from London to the south coast town of Nettlefield, in hot pursuit of Baby’s saviour. Meanwhile, Ida is trying to come to terms with the fact her Mum is soon to die, while also worried sick about losing her little sister Bonnie to the terrifying and mysterious Nettlefield Grange Orphanage, run by Mrs Bullar. Alone, neither Baby nor Ida are equipped to deal with the reality of what’s going on in the orphanage. Together with the help of a cast of marvellously colourful characters, they might just stand a chance.

J.M. Carr is a local author and in the notes at the back of The Wonder Girls she explains the inspiration for this story was a 1930’s photograph of a gang of rebellious-looking girls. She started to research the period and became fascinated by the kind of world children had to cope with at that time. To modern day readers, the events of her story might seem unlikely and often downright unbelievable. However, when it comes to this period, truth really is stranger than fiction and Carr soon realised how much her ‘inventions’ were reflected in reality. Quoting Matt Killeen, she says, ‘if you think up something horrible to do with the Nazis, it’s highly likely they thought of it first.’

Jan Carr doesn’t shy away from the harsh elements of 1930’s Britain, she takes no prisoners with the high tension and drama she crams into this tale. Plus, the fact it’s rooted in a version of real events lends the story a true core of ice. Her baddies are brilliant, just this side of Dahlesque, and the resilience, love and integrity of the girls are wonderful. Carr has a flair for humour, and the writing itself is spot-on, with some cracking similes and gorgeous descriptions. The main characters are almost exclusively female, but in one way or another they all subvert the stereotypes of the era and will speak to today’s children of any gender. Any child who loves stories of adventure, chutzpah and heart will rattle through this book and be desperate for more. In short, The Wonder Girls is a real winner of a book.

Out now and available to buy from October Books in Portswood Road, Southampton.