Nativity! The Musical opened at Mayflower Theatre and the audience were spellbound, from start to finish.

Every child in every school has one Christmas wish, to star in a nativity, and at St Bernadette’s School they’re attempting to mount a musical version! The only trouble is teacher Mr Maddens has promised that a Hollywood producer is coming to see the show to turn it into a film…

Adapted for the stage by Debbie Isitt, the creator of the much-loved films, and with a plot that closely follows the movie, this heartfelt hit had a lot to live up to. And it does it, with a little bit of added ‘Sparkle and Shine’. The scenery, costumes and props were spectacular and the script had enough to keep everyone entertained throughout, no matter the age.

The cast were simply outstanding, especially Mr Poppy, played by Scott Paige – he had an energy that never ended and delivered his role with wit and a few innuendos for good measure. But, in a show full of glitter, the true stars in this performance were the children. They were spirited and seamless in the variety of characters they were required to play, and they captured the audience’s hearts from the second they set foot on the stage with their incredible infectious energy and charisma.

If you’re looking for a fun, feel-good evening out with the family, then join teacher Mr Maddens and his crazy assistant Mr Poppy as they struggle to make everyone’s Christmas wish come true. 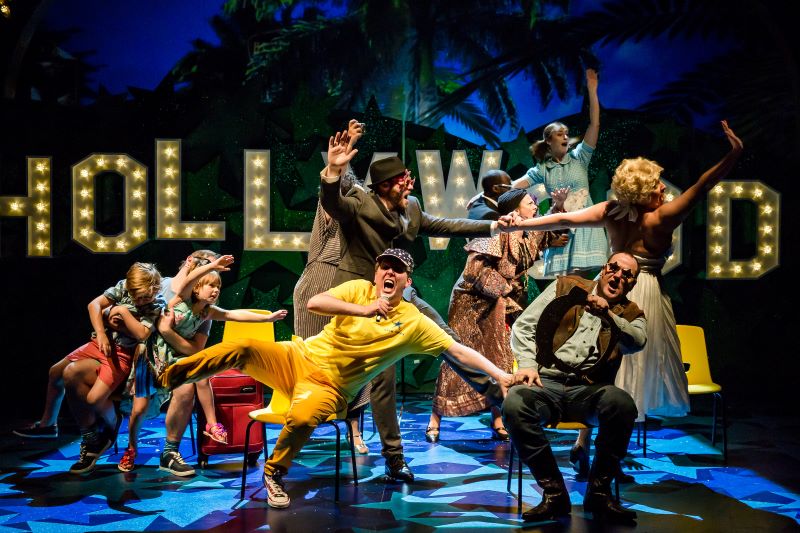