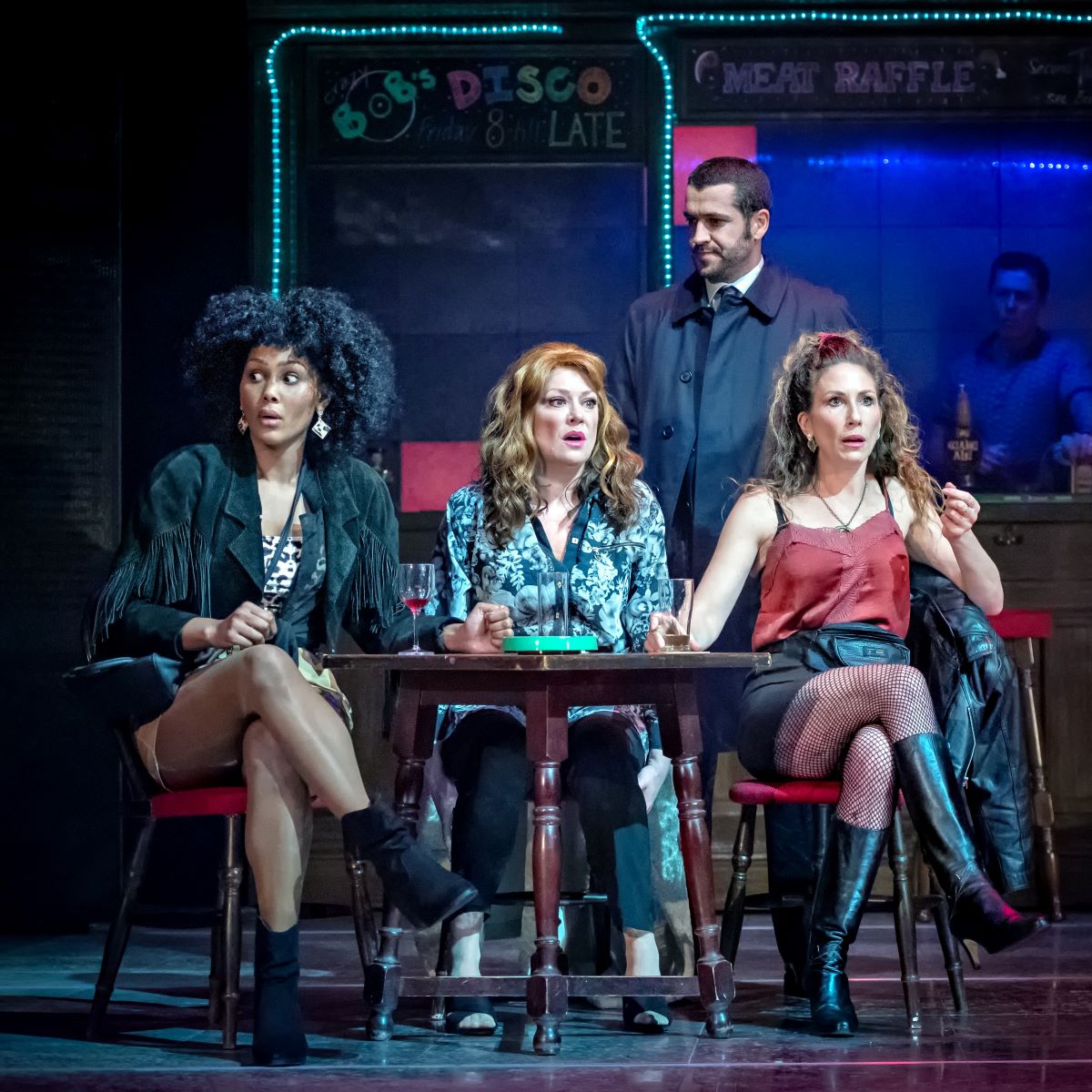 Slick set changes and intriguing stage designs are beneficial to, but not distracting from, what is essentially a good old fashioned 90% character actor-driven production. A lot can be said for the successful use of minimalism in both stage design and sound, with thick wafts of Blues notes and Jazzy saxophone framing the seedy atmosphere nicely. (No idea how saxophones earned this reputation though, hmm).

We  came to Band of Gold for a gritty cautionary tale of prostitution and that is what we got. Excellent performances and great rapport between nearly all cast members carry the bulk of this play. Light-hearted comedy is on tap throughout and giggles effortlessly glide between gaps in dialogue drawing the audience in at the will of the scriptwriter. Truth be told, your attention is never that far away and easily brought back into place when required. The interactions between Laurie Brett, Gaynor Faye and Emma Osman easily keep your attention in the Mayflower theatre for more than two hours.  It would’ve been nice to see a bit more of Sacha Parkinson but it is, however, Olwyn May’s moment of a heartbroken mother in grief that shatters the emotional fourth wall.

A haunting storyline could have been explored more and sometimes the casual use of comedy blocks the severity of these moments, but I didn’t see anyone complaining from where I was watching.  There is certainly enough emotion on display at times but not necessarily quite where you expect it. You may find yourself waiting for deeper character developments but it is what it is. This is not to say that these sex workers weren’t brought to life in an evening of gritty and realistic entertainment.

Ironically, EVERY male cast member deserves special credit for being a man, as they channel their inner monsters and bring aggressive and terrifying performances to the stage. I genuinely winced at some of the more violent moments on stage.

If this is a play of heroes and villains, then it is clear who is whom, but the story shines a light on the more complex nature of exploited people in a callous world where there is ‘no such thing as society’; again, not necessarily the way you might think. The female characters in this story are far from damsels in distress but we were occasionally allowed to see through their plucky personas to experience their vulnerability.

In the programme provided, writer Kay Mellor states that when she saw sex workers on TV, viewers were “never given the opportunity to get to know or care about these characters”. Tonight’s performance addresses that imbalance by reminding the audience that people are defined by who they are, not what they do and that you cannot own anyone. I suppose the rest is down to the nature of the society we live in. 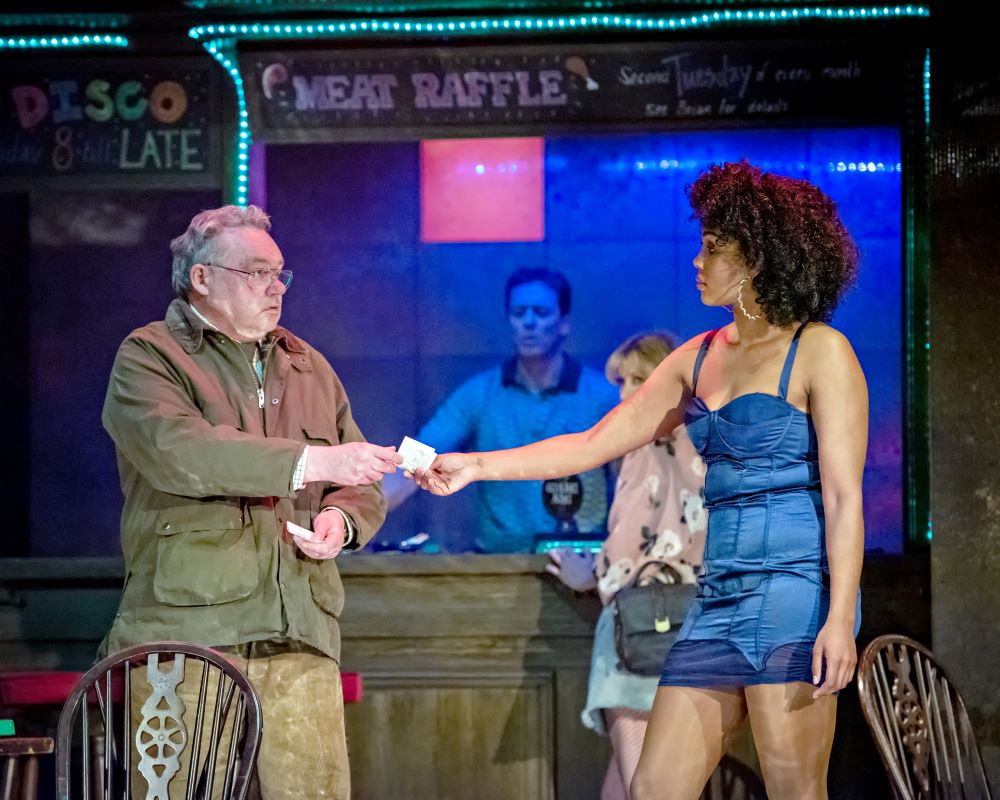