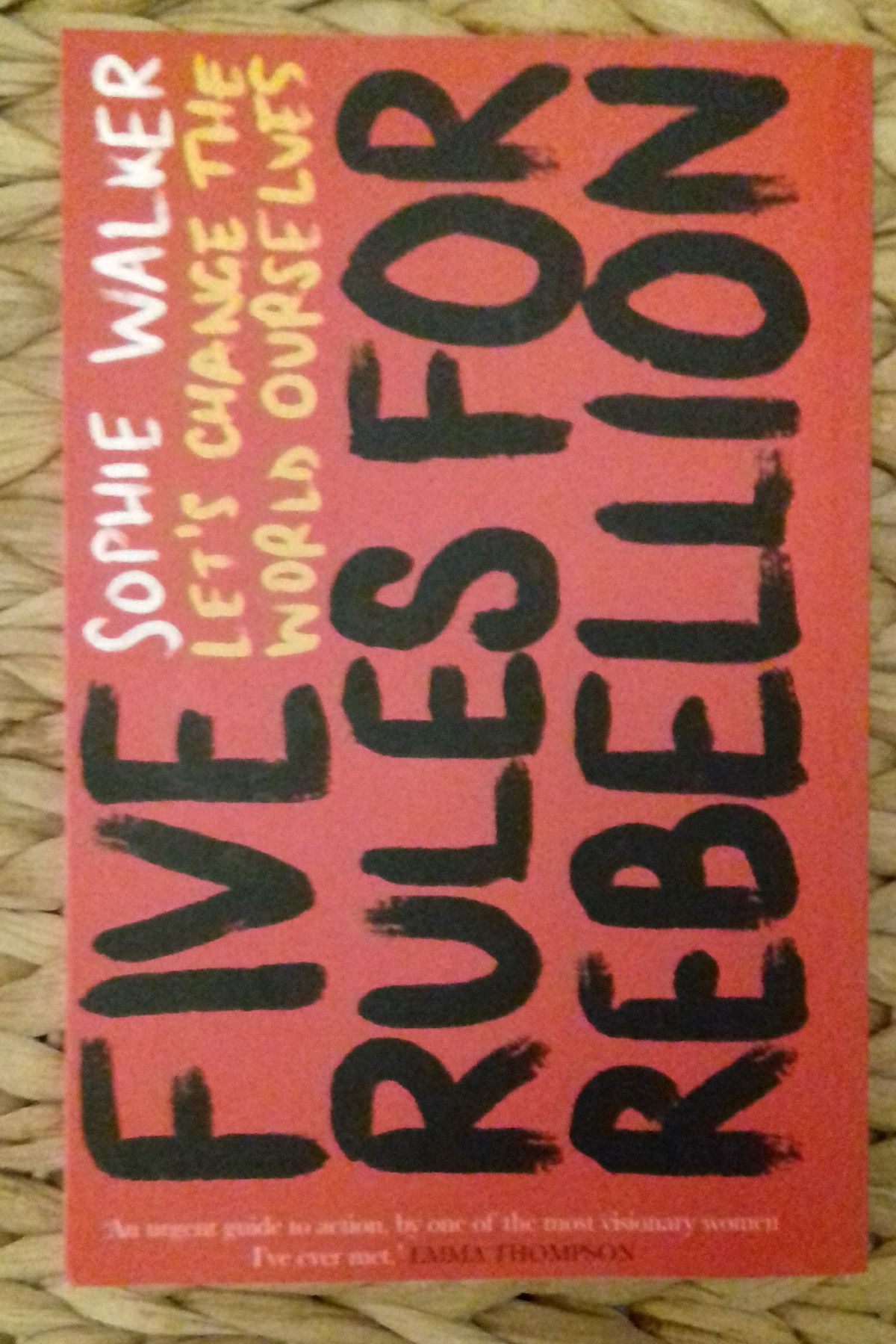 This work of non fiction is written by Sophie Walker, the feminist activist and founder of  the Women’s Equality Party. Walker considers that activism is needed today perhaps more than ever, in these times of populism and austerity.

Her five rules, which set out how to incorporate activism into our lives, begin with anger; anger at any of the countless injustices which affect groups of people in society and especially those which affect women and girls. Walker has stories from activists who are angry about practices such as female genital mutilation, period poverty and the immense damage being done to the natural environment caused by the fashion industry, and she cites how these activists have managed to use their anger as a force for good.

This is a fairly short book and is quite easy to read. My initial impression was that it reminded me a lot of the self-help books which mainly comprised my reading diet during a period in my life some time in the past but which I would now tend to avoid reading. However, this is a self-help book with a difference, as it is not about examining oneself and fixing any problems that are found but much more about channelling one’s frustrations with aspects of current life and bringing about change.

Throughout the book, Walker offers us many inspiring stories from people, mostly women, who have thrown themselves into the arena of activism. Walker uses her own experiences and those of whom she writes to examine the very thorny paths along which any would-be activists must travel and how to deal with some of the many difficulties that will be met such as trolling, challenging patriarchy, or the refusal of many to accept that a problem exists in the first place. She has a chapter devoted to each of her rules. I found the one on hope to be, perhaps, the most inspiring as I think that, in these very difficult times, it is tempting to give into despair, feel overwhelmed by many of the problems that we are faced with and to come to believe that one is powerless to make a difference. Walker acknowledges these feelings of despair and suggests that hope is the ultimate act of defiance.

At the end of the book, Walker provides a guide for getting started as an activist, and some inspiring quotes from several of the people whose stories have been told in the book.

This is a good book to read if one is an aspiring or even a lapsed activist. However it also makes excellent reading for those of us who are less active as there is encouragement to be found here among the stories of the many women who have not accepted the status quo and who have used compassion and perseverance in order to achieve their aims.