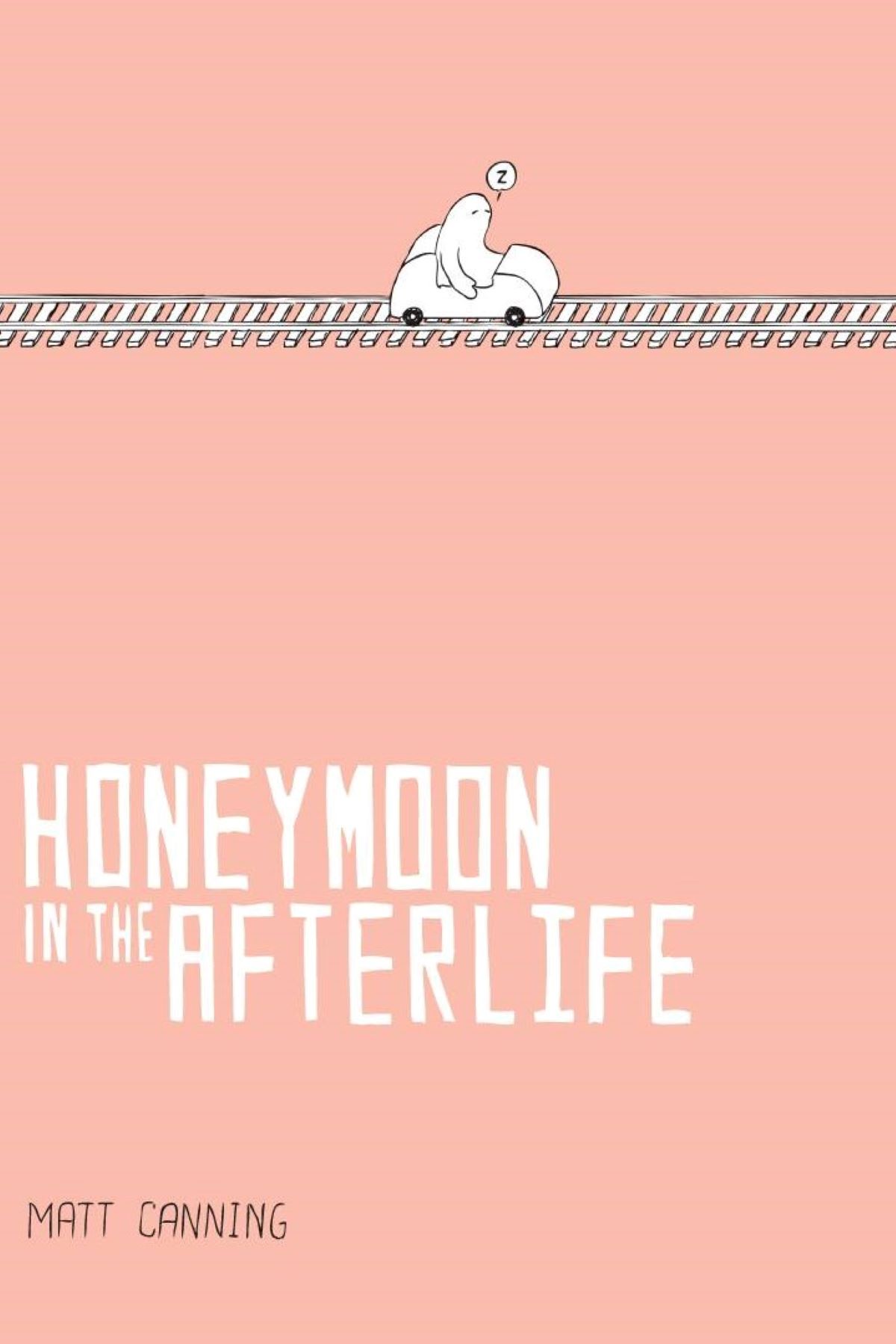 Even a seasoned comic fan like myself can get a little disillusioned with comics from time to time. As much as I love the recent spate of Superhero movies, modern comics fans are quite likely to have never picked up an actual comic book or graphic novel. Captain America, Thor and Iron Man, et al, have become the be all and end all of comic-dom. To me, this is the equivalent of saying “Oh, I love cheese, come taste my Dairylea Triangles!” Nothing wrong with it but, slightly bland and more about the packaging and marketing. I’ve long been at pains to point out that comic books can do so much more than Marvel and DCs’ explosion of “4-Color fun”; so much more than simply present faux-mythic stories of slightly camp spandex warriors. 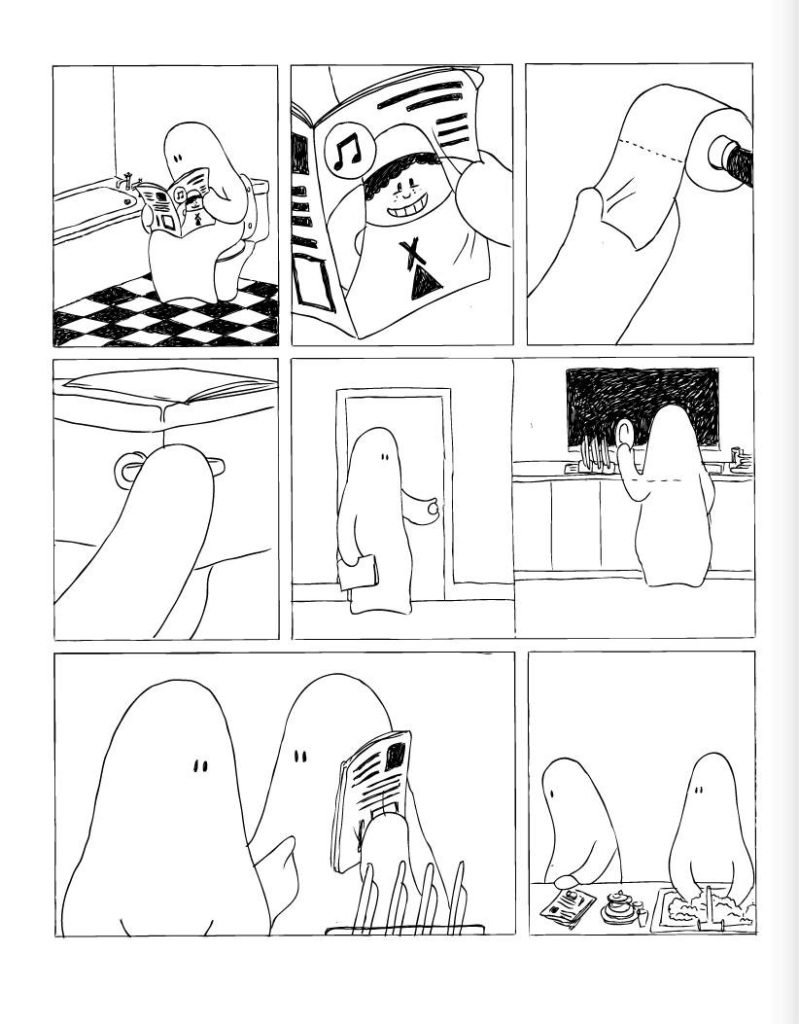 “Honeymoon in the Afterlife” is not a superhero comic book. It’s a delicately brutal tale of going about your business, living a life and preparing to move on. The main character – unnamed and resembling a beatific hotel pillow – gets onto the literal and figurative rollercoaster and rides through life. Possibly not his first. He is tense and terrified but becomes more relaxed and at ease with himself his life progresses.  The narrative may be a fever-dream; it might be the point-of-death recap of one’s life. You’re never quite certain. That is what makes it such an engaging read. It is open ended enough for your interpretation to be all that matters and it’s incredibly refreshing that you are never drowned in smug exposition.

The pillow/ghost is easy going, warm, charming and a little baffled by what is happening around him. All of this is transmitted without the use of speech bubbles, captions or other lettering.  Apart from a few carefully picked symbols, the story is told visually. We see him negotiate a slightly skewed world of love, work, leisure, romance and illness, as both ‘Everyman’ and a unique being.

“Honeymoon…” shares some the Sartrean angst of, say, Struble and Grace’s “L’il Depressed Boy” but doesn’t ever descend in the maudlin, nor the needlessly tragic. Crucially there are no trite ‘answers’ here, no philosophical bon mots. In terms of Storytelling, Will Eisner would be proud and the Walt Kelly “Pogo” vibes are wonderful.

To get such depth of character from such considered, Scandinavian style comic art in a mere fifty-one pages – approximately two regular sized comic books – is a minor miracle.  Most importantly, the character is so recognisable that the story appears to have written for you. 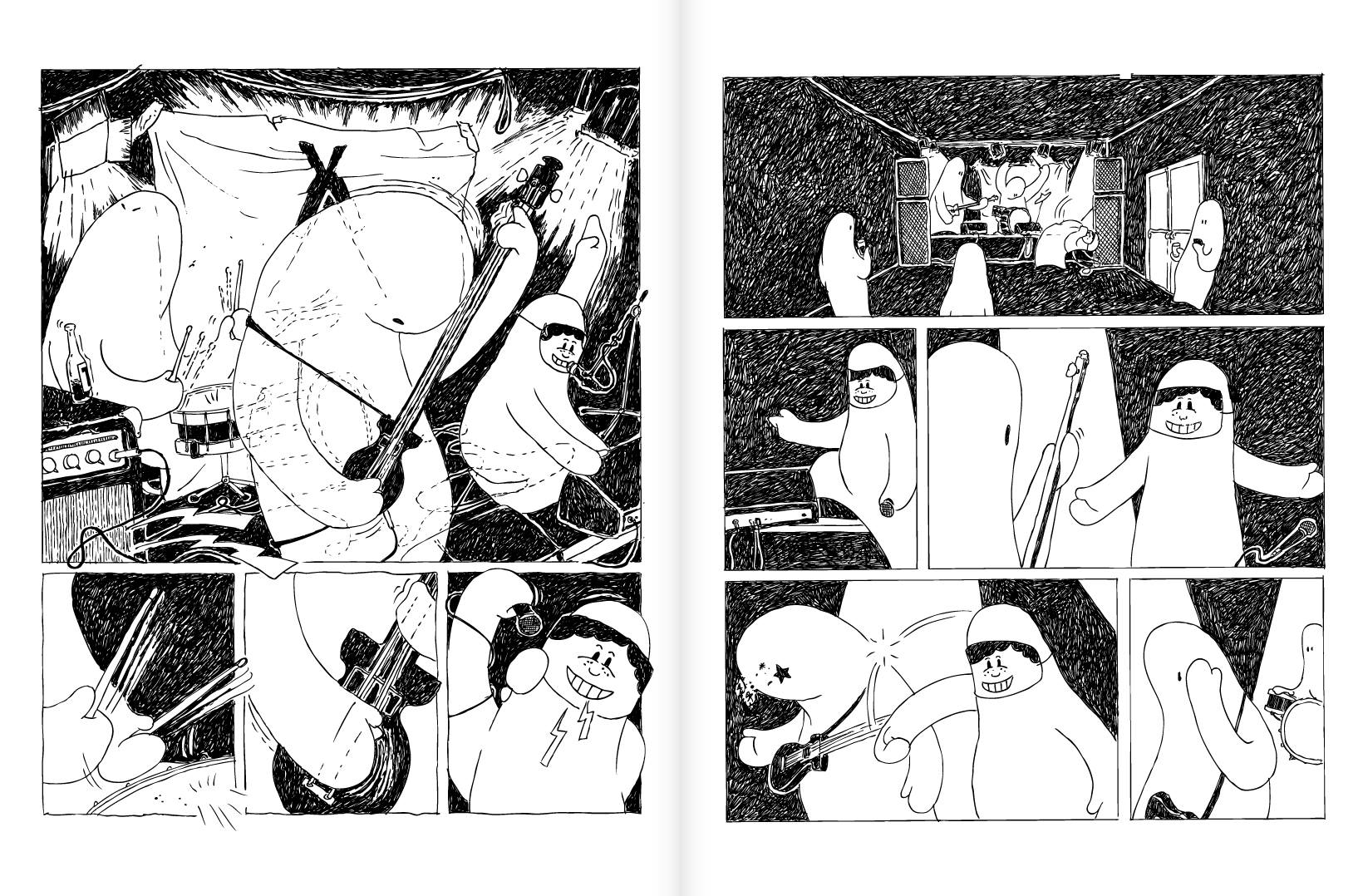