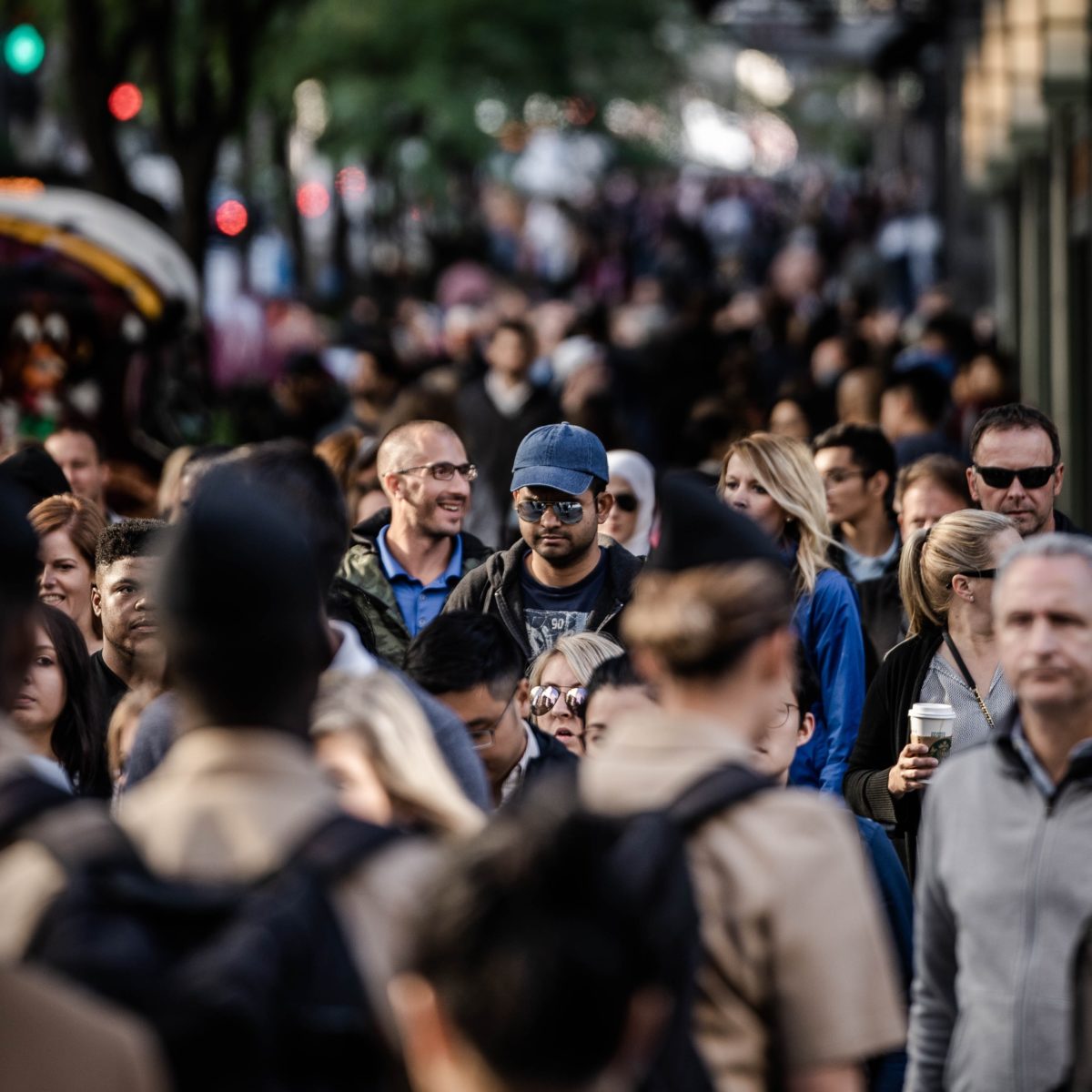 Firstly, I want to thank you for taking the time to read this, the final entry of my series, Transgendered Substantiation. The series has been adapted from blogs I wrote for my website during my transition, based on my thoughts and feelings at the time. They almost represent, then, a time capsule for that period of my life. I have done my best to edit and update them for this publication, but some areas may be out of the date, especially regarding the administrative side, as some parts of the process may have changed since I went through it myself.

One evening, during my third year at university, while I was supposed to be revising for my first batch of final exams, I was instead cowed by the pressure and fell to making a series of lists to pass the time and distract myself. My favourite books, favourite bands, albums, and movies. At the time, Forrest Gump occupied the top spot, as it had ever since I first saw it as a child. But not long after, it was challenged by a newcomer: Richard Attenborough’s Gandhi. It only took two viewings for it to snatch the lead and remain there untouched ever since.

It’s a film that’s stuck with me and to which I turn once a year or so to humble myself and to try and understand what drove the man with a bamboo stick that brought down an empire. That film, all those years ago, started me on a journey that even now I struggle to put into words. It’s inspired every action, every story and most every thought since then, and has given a perspective to my life. And this year, while perhaps the most vivid in terms of progress, will be one of the toughest. Having travelled travel through a decent chunk of the hormone therapy, finalised the administrative steps to live fully as who I am now, just around the corner is the looming, incontestable precipice of surgery.

I still can’t find the phrases to give these thoughts meaning; yet I need those words now more than ever. I need their help. Gender dysphoria never lets you rest. It’s constant. No matter where you are, who you’re with, what you’re doing, it’s always there. Hearing a slip in your voice, a change in your stance or how you sit, seeing someone else presenting effortlessly as your desired gender and feeling the heartache of envy. It’s a shadow that hangs over you, day and night, dreams and waking, a reminder that you’re not right, that you’re not what you should be. The transition is about stepping out from under that shadow and living as you are, have always been, no longer hidden away.

The final elements of this journey, and the last piece of information I’ll give before signing off with my closing thoughts, are the surgeries. There’s a myriad of options, starting from non-gender-related cosmetic surgeries, but below are the main operations that deal with a change of gender. These may make you feel uncomfortable; they’re new and personal, but I suggest you research them independently to know all you can about the surgeries that may be in your future. It’ll be a big step and a lot of mental preparation will be required. I’ve had it in the plan to undergo the genital reassignment surgery for nearly four years and even now the thought of it makes me cross my legs, queasy, but with them the journey is finally over. Life can continue, pure and of your making.

Anyway, the related surgeries are:

Breast Augmentation (Male-to-Female): Called “top surgery”, this is the enlargement and shaping of the breasts. A common procedure done by many trans-women as hormone therapy normally produces lower cup-size than closely related cis-women.

Mastectomy (Female-to-Male): Similarly called “top surgery”, this is the removal of the breasts and the shaping of a male-contoured chest.

Vaginoplasty (Male-to-Female): Known as the “bottom surgery”, this is the creation of a fully functional vagina by inverting the penis. Invasive and requires significant recovery time and lifelong daily dilation.

Labiaplasty (Male-to-Female): Another form of “bottom surgery” that produces the surface detail of a vagina without the full excavation, as it were. Less invasive but not functional in the same way.

Metoidioplasty or Phalloplasty (Female-to-Male): Also called “bottom surgery”, this is the creation of an erectile prosthetic phallus through either the expanded clitoris (M) from hormones or skin-grafts from the stomach and thighs (P).

Hysterectomy (Female-to-Male): Removal of the uterus with a further option to remove the fallopian tubes if necessary or desired.

Vocal Feminisation Surgery (Male-to-Female): A procedure to alter the range or pitch of the person’s vocal cords. However, this procedure carries the risk of permanently impairing your voice.

There are many other surgeries, such as tracheal shaving or buttock augmentations, but those listed above are the most common ones that deal almost exclusively with a gender transition. Not all of them are covered currently under the NHS plan as they can be considered cosmetic, such as breast augmentation. As such, I’d recommend researching each and asking your consultant when you get the chance, and budgeting appropriately. The gender transition isn’t cheap and will require upwards of £5,000 in the cheapest cases, vastly more if you decide to go privately.

Living in the sun

True to its name, the transition process is a period of immense change and if I were to summarise it all here, I’d basically have to re-write the entire series. So, instead, I’ll summarise the theme that’s permeated this series and the philosophy that’s kept me going through all the indecision and convocations. It’s the goal at the end of all this; the way of living life in the sun.

The theme I started to muse over when I first watched Gandhi: I couldn’t believe there was someone so selfless and so committed to that idea of selflessness. He’d raise others up and be content with that, weaving a loincloth alone in the sunset wilds as his country struggled with his message and the goal of independence. What struck me was just how far those he met, those his words reached, could grow because of what he inspired in them, and that the culmination of their actions could be traced back to this humble man. In me, this line of thinking eventually formed around the idea of identity, that of self, place and remembrance. Oddly fitting, seeing as how much turmoil my identity has been in the last few years.

I was struggling with the notion of being what others wanted me to be, as I’ve said many times. It was, I believe, the only way I knew how to not feel alone, to feel like I belonged to something bigger than myself. And that was my identity: one for others. It didn’t matter what I was on the inside because no-one got to see it, not even me. I contributed nothing unique about myself, and thus, I didn’t really exist. I was forgotten as soon as you walked out the door. I forgot myself.

And that, I think, is what I’ve been trying to say all this time when I talk about how transitioning has given me the control of my life; not only has it given me a chance to take hold of the administrative side of things, but it’s made me surer of what I am inside and given me the ability construct and express that identity. I have the tools to be perceived and have that perception impact the world around me. I walk the delicate line between self-identity and selfishness, self-expression and conformity. But, for the moment at least, I walk sure.

A force for good

What I give to others, friends and strangers alike, in the smallest possible ways, as well as in grand gestures of conviction and care, are now communicated beyond the realms of my malleable form to live in what they inspire, even it be but a fraction of the end. Evil and hatred are swallowed up, reviled and eventually forgotten for the short-term harm they cause, the progress they stunt and the agency they deny, but goodness lasts forever. That is what this transition has led me too, having the capacity to be myself and in myself be a force for good in this world, no matter how small. And this theme has permeated my writing and lifestyle for the past several years as I try to understand and vocalise it.

As is perhaps typical of life’s serendipity, I found a kernel of this expression in the unlikeliest of places. I was updating my Steam software, the video-game installation program, and there was an option to run it on the usual gamut of operating systems, but also this off-shoot of Linux called Ubuntu. Curious of this new word, I looked it up and found that it’s derived from a South African philosophy that literally means: “Humanness.” Or, and this is what stuck with me: “I am what I am because of what we all are.”

Perhaps this is the most succinct way I can summarise the theme of this series. I have been given the chance to be shaped and in that I have found myself, and with that knowledge, I can help shape the world around me and give that same chance to others. I then become not only what I am, but all that I enable in those I meet and touch. I’ve never liked Determinism for this very reason: you never know what you’re going to find. So perhaps Influentialism is the better term.

Perhaps this is what I felt when I first watched Gandhi, and perhaps it was, in part, the philosophy that inspired Gandhi himself when he was in South Africa, fighting against the racial injustices committed against the Indian population there. But instead of a bamboo stick and a loin cloth, I have make-up and high heels. I’ll never help topple empires, but I can change social norms. I won’t have a nation mourn my passing, but I have now the capacity to give the world a little bit of good for my being here.

Because I can give myself to life. I can do that. I have that power. I can give those I love and those I’ve never met the chance to smile in a way all their own, just as I’ve been given that same chance. I can be sure that whatever future comes from this, it’s made up of those smiles, an endless rippling to eternity. And I can be happy with that. I can be remembered for that. It may not be my name or any gaunt legacy, just the cumulative identity to which we can each add in our own little way, the far-reaching progress we inspire in lovers, friends and strangers.

It is with this that I leave you.