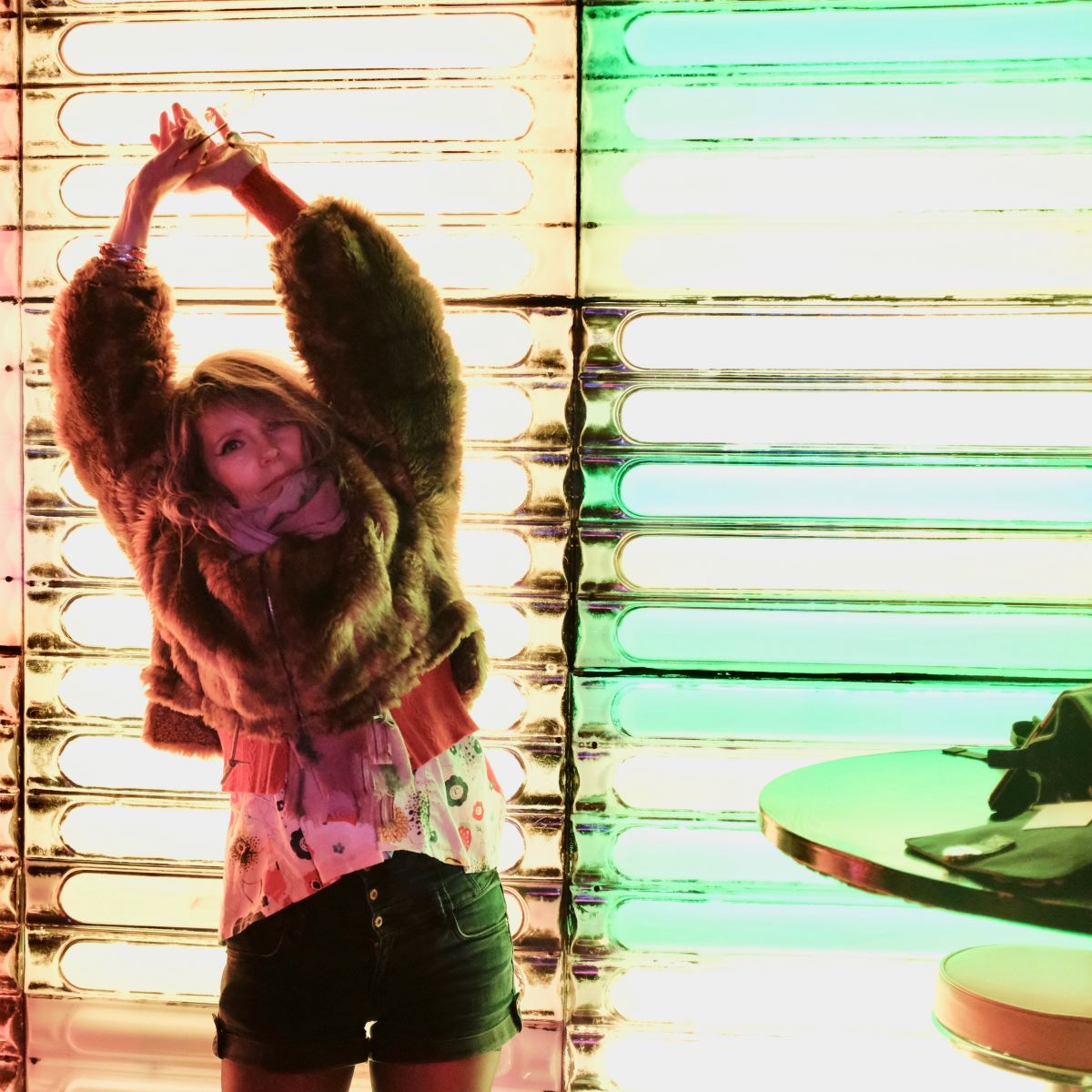 Poetry has been part of Estelle Phillips’ life since she was a small girl. Today she is a single mother of four who “is really bad at a lot of things and swears a lot, but can bake cakes.” Furthermore, she has made poetry a solid presence in her life. As a child, she remembers sitting on her bedroom floorboards writing, where she could look at a beech tree outside her window and let herself be spellbound by the wind making noise through the leaves.

For Estelle, this force carried by poetry is one that contains the power to represent a multitude of meanings in few words. One of the most powerful messages being “you are not alone”, as she sees her poetry as “an instrument of justice for the underdog.”

She finds inspiration something hard to describe, but she knows that if she has an idea in her mind,  she won’t be able to settle until she puts it in writing. She is also greatly inspired by other forms of art, particularly photography, especially those photos that capture the perfection of a moment of beauty in everyday people. However, when it comes to inspiration from other poets, Ted Hughes is by far her favourite.

Between the 25th and 27th of February The Nuffield theatre presented 110 m.p.h as part of the Make it So Festival. This was Estelle’s very intimate show, which she wrote and performed herself. It is the story of a mother’s struggles, after she gets hurt in a car crash, which is the point where the story starts. It tells the story of a family desperately trying to bring joy back to their lives in the aftermath of the traumatic event. It is filled with memories and all the high and low moments they went through together to recover. This is a true biographical piece of work and as she explains: “It basically says ‘Thank you’ to my children, whom I love more than anything. They kept me alive.”

What Estelle loves the most about the creative process is when she can express what she means in a way that reaches out to people and that they understand. She finds this extremely rewarding, even when sometimes she finds herself stuck in themes that she can barely think about and make her quiver, due to the harshness of the memory.

Estelle is very actively involved in poetry events and tries to submit her work whenever she can, even though the submission process can be very intense and demoralizing, when you believe so much in your work, and it doesn’t end up being accepted; “it sounds ridiculous to care about that, but I do. Sometimes I find it hard to keep coming back from knockbacks.” There is a stringency to this process, but she also knows and accepts that this difficulty is part of it.

Despite all the pressure and the highs and lows imposed by lockdown, Estelle has established a routine of writing in the morning, Monday to Friday; and at weekends, she only “allows” herself to write if she can’t help it. She finds that this routine provides some sense of normality and structure. Nevertheless, she also confessed that her self-doubt sky rocketed, though she has tried to embrace it, due to the honesty it has brought. 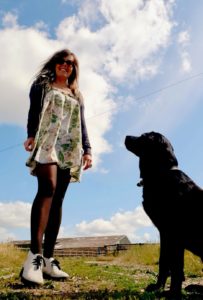 The other, equally hard, part of lockdown has made Estelle miss her fellow poets and artists, especially as she fears we may all be watching the decimation of the arts, with the closure of The Nuffield and other similar spaces struggling to survive. The vibrant creative community of this city have always been a great support to her, so she believes that this adversity will hopefully fuel artistic endeavour and that there will be a strong artistic response to what we are living, “I am excited to see what that response will be, and hope to be part of it, in some small way”.

Southampton’s creative scene have given her fond memories of when she attended a spoken word festival at The Art House where Pete the Temp and Hollie McNish were performing, and she was, she say, completely blown away. She continued attending similar events, one of them being Hammer and Tongue, also at The Art House, where she felt such a warm welcome that she felt encouraged to actually take part. And take part she did, for in April 2019, she won the slam, and then in December 2019 she won the final along with poet Craig Chalmers.

Below you can read some of Estelle’s poems, but before you do, Estelle’s message for those who want to dive in the poetry world she advises: “Tell the truth. If you can bear to live it, others can bear to hear it”.

I sit with Fear.

He touches my shoulder,

I turn and look the other way

but he bounces up in front of me

smiling playfully, “Here I am!”

I stare straight ahead

as if ever, in my wildest dreams,

just in a facing

I can lose him.

I am beginning to think he is forever

branded in my head

from black to blue;

if I look up and see freedom sky

not my normal black box of dread

I want to take him, deftly throttle him,

chuck him over my shoulder without so much as a thought

to be sure his body is crumpled and fallen.

of how he came to be with me,

stalking my shadow, taking the sun,

shaking his fists, one, two, one,

bitterly driving his road of before

when emptied of love,

bringing strife through my door

and made me still.

Then he threatened my babies.

I knew he could kill.

How many and how long?

releasing the Joan of Arc in me.

When he smashed and he grabbed,

I fell and I rose.

Again and again he came at me;

I fell and rose incessantly,

until he slunk away,

I sit with Fear.

He touches my shoulder,

Joan smacks him in the lower jaw;

surprised, he falls straight to the floor,

I jump his ankles,

and he can’t leap

I yank his hair and haul him up,

look in his eyes and hold them fast,

watch him shrivel to our past

and the babies sleep peacefully on.

Rebecca told him to stand

in the hard, wet sand.

She took off her shoes, cardigan and dress

in a stripy swimsuit.

Her body was wrinkled,

and her inner thighs sagged.

She rubbed them briskly,

up her knees and thighs

A wave came in,

His grandmother stretched out her arms

Suddenly, he heard a shout

and there she was,

lying in the sea

gracefully back to him.

Out of the water,