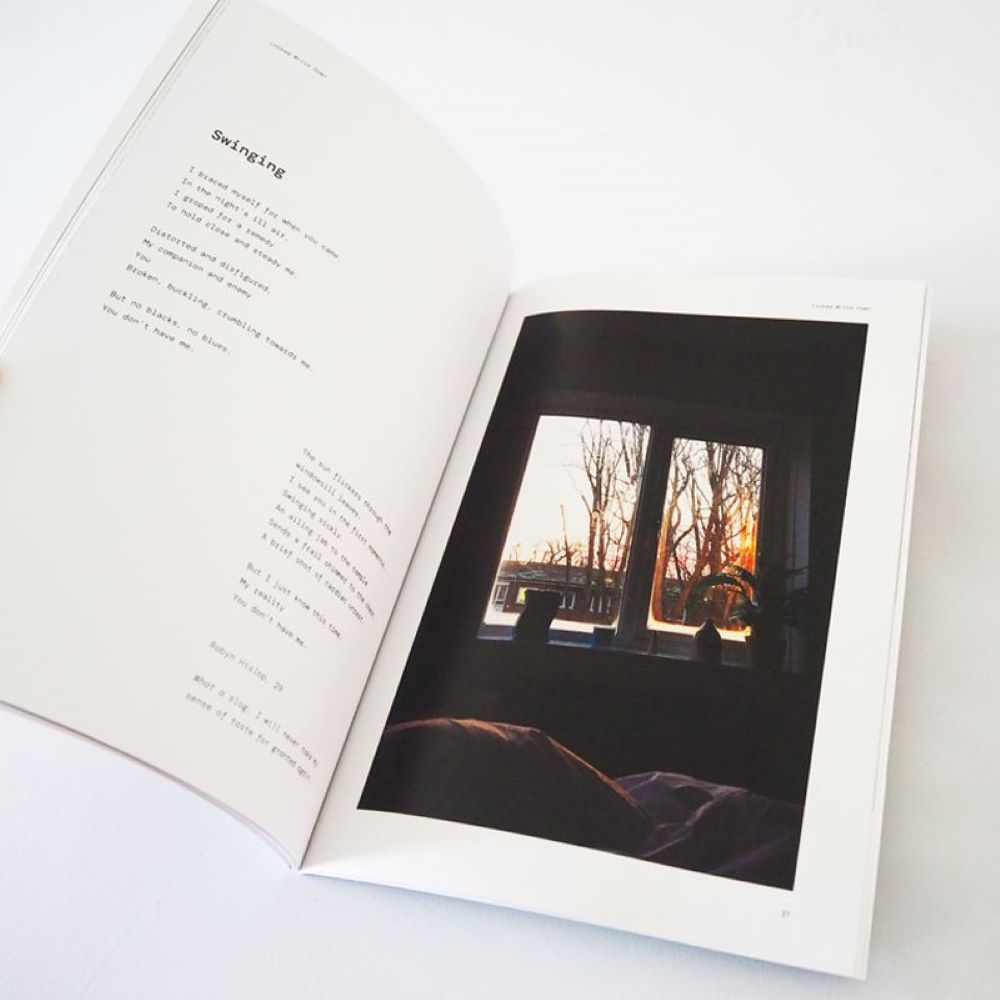 Covid-19 Lockdown has affected everyone differently. Some people thrived, some struggled, some worked and some people wrote about it. And someone decided to collect some of that into a book. Lock Write Down is a poetry anthology curated by Robyn Hislop, produced as a way of raising money for charity – Black Minds Matter and NHS Charities Together.

“I was seeing a lot of people being pro-active and doing things to fundraise for the Covid effort. I was lucky enough to keep my job but it meant I was working all hours for a company that was in shock and not able to donate my time to volunteer,” she says. “ I then saw (UK rapper) Little Simz had made a beautiful book of images of friends waving from balconies etc., as well as an EP. It made me think that I could do a combination of the two, and why not get people involved. The book would be a unique item to have to remember such a time, and a nice way to raise money for organisations that need it.”

The 22 poem book has drawn contributions from Scotland, Dorset, Manchester, London and beyond. There are contributions from local Southampton poets too – Robyn grew up in Netley, and worked as a designer on the city’s SO:To Speak word festivals. Jo Fisher, previously a National Slam competition finalist is well known on the local scene.

There’s also a piece by Margot Tilbury, who worked in the city library and bookbus for many years, and more recently has led the Writers Salon at Southampton Sight for people with disabilities. Margot took up writing poetry during lockdown itself.

Robyn advertised the project through social media, and contributors were offered a page in the book, and to send a photo to illustrate their page together with a sentence or two about themselves. Eight year old Nina sent in a painting to accompany her poem, while Edwin merely admitted to being a retired civil servant. There’s a joint contribution from “Bag, 32 & 32 – formed in the shadows of Pompey dockyard. A socially distanced duet” They know who they are, and so do I, Thom and Ash!

The poems cover all the things about lockdown – the unexpected family time, the mental ups and downs; the cooking and the eating; the four walls, the empty spaces, and the things we missed – as Katie dubbed it ‘a Coronacoaster’. One couple will remember lockdown for the baby they had, but the tenderest moment is of nuzzling up in bed to the warmth of an NHS surgeon before another Coronavirus day. It’s about lockdown, but it is really about life.

Robyn says that she chose these charities because “I thought NHS Charities Together were the best organisation to help the NHS and its staff in the numerous ways its needed, and initially I was just going to donate to them. But when the continued fight for racially equality came to the forefront of media, I discovered Black Minds Matter UK. As a white person I can’t imagine the mental toll racism takes on a black person. I really believe in the work these guys are doing.”

So before the rush of lockdown movies, read the book! It’s a great collection about how we were – how we are – at this time, and for telling your grandchildren about lockdown. Not being funny or anything, but it will also make a great gift, Christmas present, secret Santa, and every penny is going to good charities.

You can obtain Locked Write Down at www.lockedwritedown.squarespace.com   price £12.