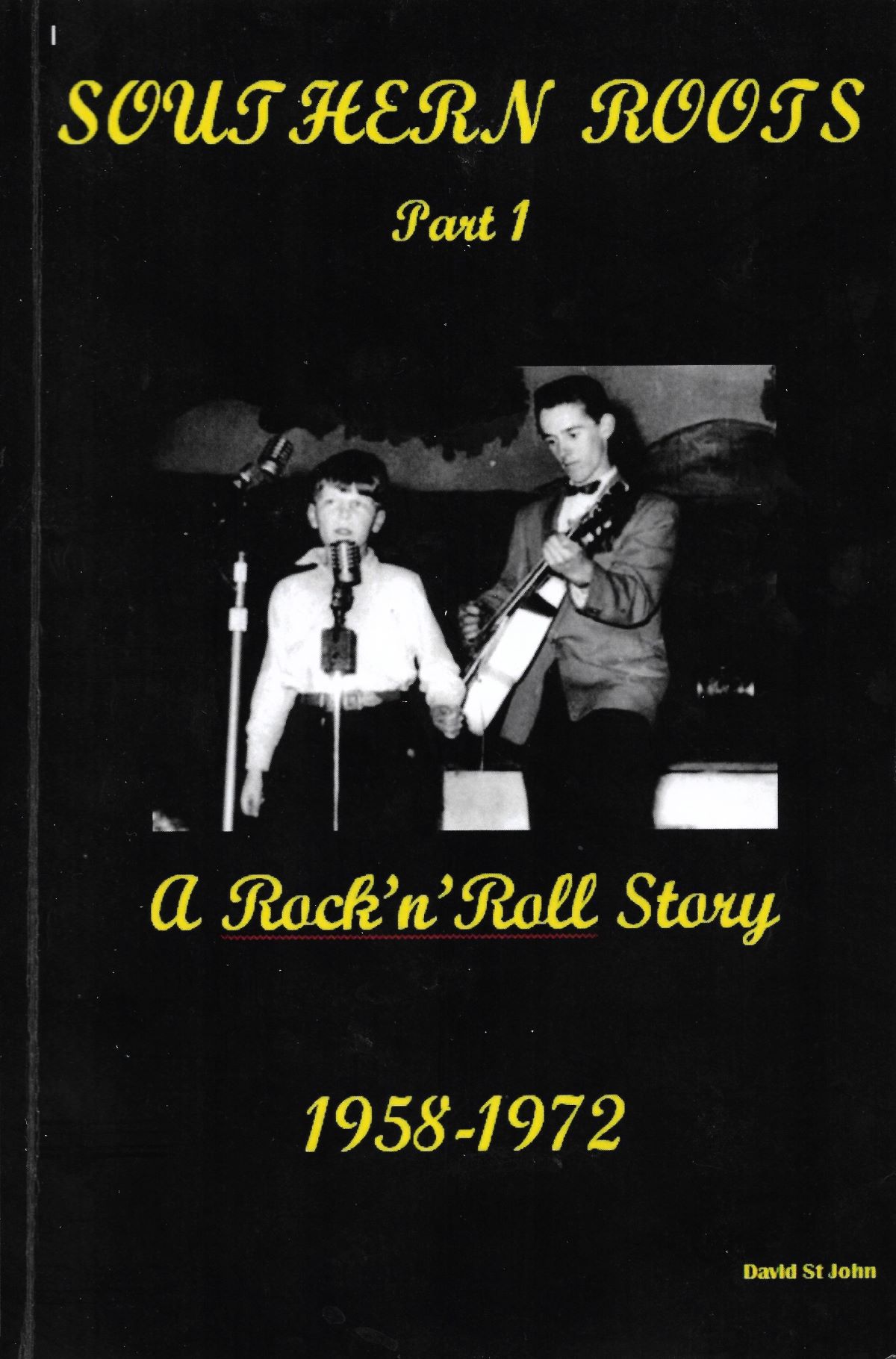 Over 60 successful years as a professional in show business including a Guinness Book of World Records appearance is hard to overestimate. David St John has taken the opportunity to reminisce about his early days when the rock ‘n roll phenomenon changed many young lives. This is a superb, life affirming read.

They say that if you can remember the 1960’s you weren’t there! Well David was there and by his own admission can’t remember much of it. Not due to a sex, drugs, and rock ‘n roll lifestyle but because he was in the moment having a great time not realising, he would be writing about it half a century later. The book describes the significant local and national events of the time which provides rich background and context. In addition to being a stand-up comedy act, singer and impressionist, David is a prolific quiz show contestant, for which he holds the Guinness World Record of 34 television appearances!

His love of books and trivia came from many childhood hours spent in Woolston Library near his home. Back in 1958, aged 10 he started his career as an entertainer at the Pavilion Ballroom on Southampton’s now derelict Royal Pier. David’s mother worked in a cafe there and pestered the promoter to give him a chance at a ‘Teen Dance’ night. Billed as a ‘Mystery Guest – with a difference’ the band started Little Richard’s Tutti Frutti, the 10 year old let out  “ A wop bop a lula – a wop bam boom….” and an entertainment career began. David says the memory of that night has stayed with him ever since.

His career came took a hiatus at 12 years-old as he was found to be too young to perform in licenced premises! He was given an electric guitar for his 13th birthday and a copy of Bert Weedon’s Play in a Day, like every aspiring musician had at that time. Brian May of Queen started with the same book. David describes camping out at the Gaumont (Mayflower) to get tickets for the Beatles on 20 May 1963. The gig inspired him to form his own group The Abdo-Men. A popular venue was the Waterfront Club in Woolston owned by Ron Pope, whose son Roger would later play drums for Elton John. The Abdo-men played there after a London band the High Numbers who were shortly to become The Who.

The book is packed with humorous anecdotes such as the time he ended up in a car besides Chuck Berry after his Southampton show. Having told the star how much English fans loved his songs Chuck said, “Why son – you know more about my music than I do!”

The story of his failed attempt to get on Opportunity Knocks (the X Factor of its day) is poignantly written. Auditions were at the Skyway Hotel (today a Holiday Inn) by the docks. Hughie Green was unimpressed but turning up without any music for the pianist may not have helped his cause. In 1968 David was in The Script who developed what he calls “theatrical rock” including the use of a flaming headdress, a coffin, bags of butcher’s offal and even a stripper!

David vividly describes a post war England with austerity, few telephones and poor roads to get to far away gigs in battered old vans but David says he “would do it all over again in a flash”. His easy to read, lighthearted style makes for a wonderful memory jogger for older readers. A younger audience will find out more about what their elders got up to! As a band musician myself for over 50 years I know how hard live performance can be. To perform which a group or solo for over 60 years is a real achievement. I thoroughly recommend this fascinating insight into our entertainment heritage.