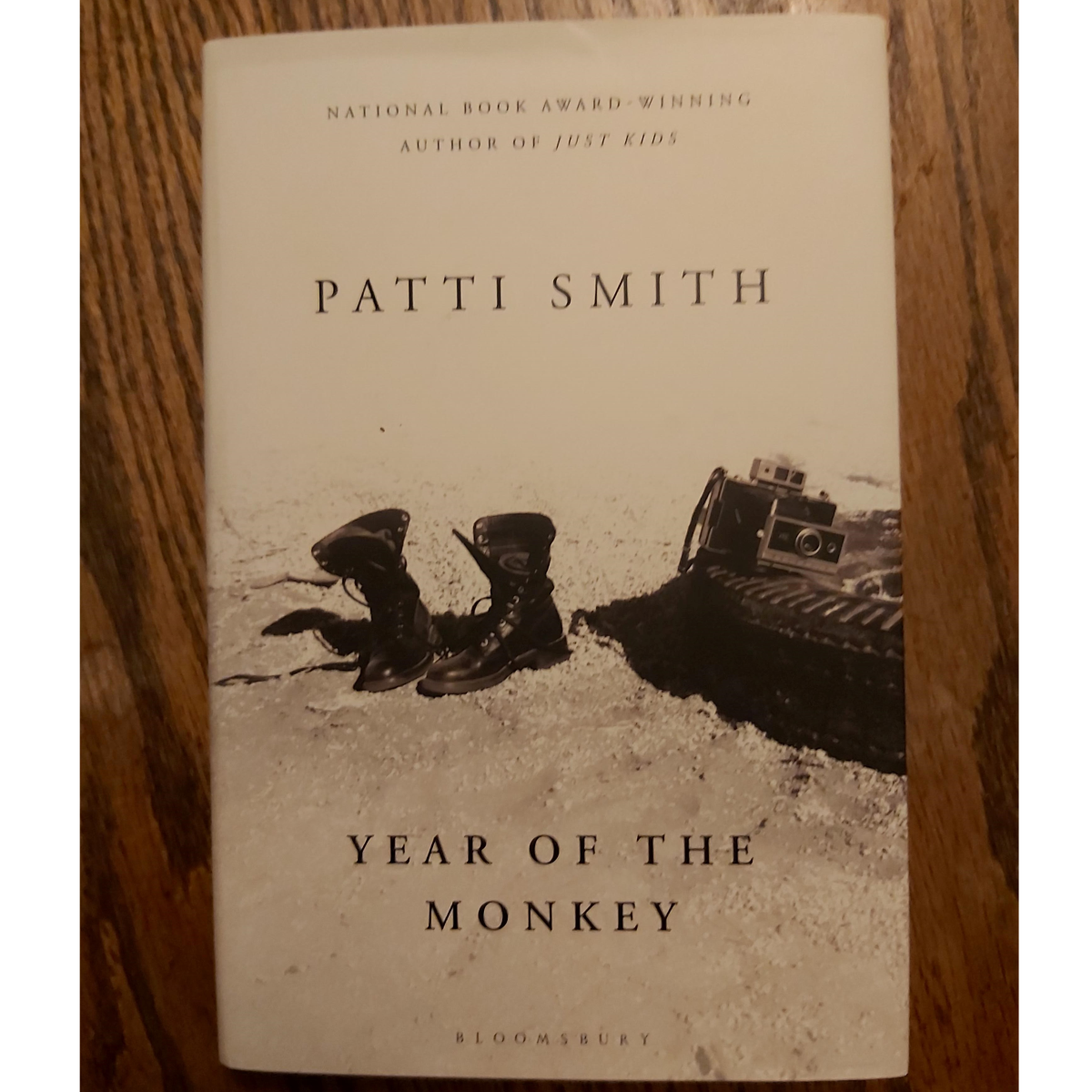 Patti Smith has long been one of the most original women in rock music, appearing on the scene with her debut album, Horses, way back in 1975. Smith’s records have often included poetic pieces, and she has complemented them with the publication of several books of poetry and short stories. In recent years, Smith the musician has largely been eclipsed by Smith the writer of amazing memoirs. Having dazzled with Just Kids (2010) and M Train (2015), Patti Smith continued the sequence in 2019 with Year of the Monkey, which has recently appeared in paperback.

The new book is a beautifully rambling snapshot of Patti’s activities, from the last days of 2015 through to the early part of 2017 – a period that largely coincides with the Chinese calendar’s latest Year of the Monkey. Death of family members and friends has been a recurring focus of Smith’s work, starting with Elegie, the final track on Horses, recalling Jimi Hendrix. Just Kids is Smith’s story of friendship with Robert Mapplethorpe, from their youth together in New York until his death. M Train, mostly set in the early part of the last decade, contains many memories of life with Fred “Sonic” Smith, Patti’s husband, who died in 1994.

In Year of the Monkey, Smith writes at length about two old friends and artistic collaborators, Sandy Pearlman and Sam Shepard. At the start of the book, Smith visits Pearlman, record producer for Blue Oyster Cult, who is in hospital following a stroke. Unfortunately, Sandy does not recover, and dies a few months later. Patti makes several trips to stay with Sam Shepard, suffering a terminal illness from which he would die in 2017, and helps him edit his final book. Patti is all too aware of her own mortality, approaching the age of 70, a landmark reached on the penultimate day of 2016.

Perhaps, parts of Patti’s writing are an acquired taste – I have become familiar with her unique style across 40 years as a fan. The new book combines monologues, dreams, and conversations with imaginary friends. It is often not clear where fact drifts into fiction, via fantasy. The long first chapter is often unclear, and a bit unsettling, but the hybrid approach gradually makes more sense as the book progresses. There are original and telling observations, amidst a pleasing torrent of references to music, literature, and film – illustrated with the black and white Polaroid photos for which Smith is also renowned. Patti mentions the Alice in Wonderland tales – echoing her cover of Jefferson Airplane’s White Rabbit on the 2007 album Twelve. Patti covers a lot of geographic ground in the book and touches on so many things – they are all interesting.

Published by Bloomsbury and available to buy from good bookshops, in hardback, paperback and digital editions.