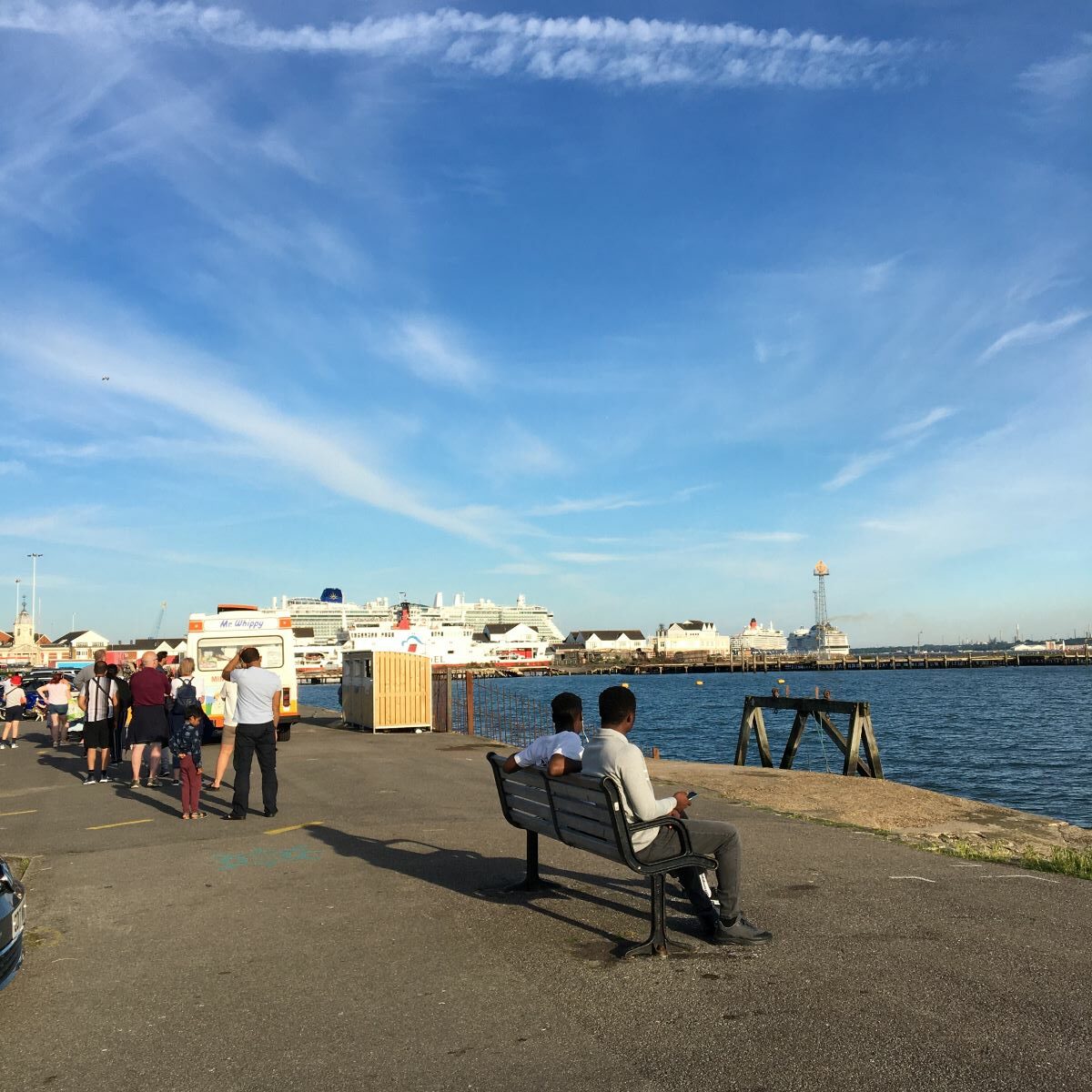 Could it finally be summer? What better to do on a summer’s day than to wander by the seaside? 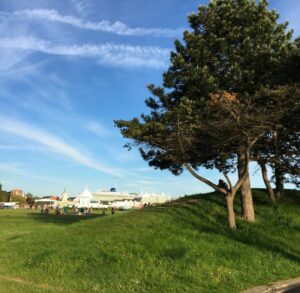 However, for a city on the coast, Southampton only has a few spots to actually be beside the seaside, and even then, there’s no sand for comfort. We Sotonians are built of tougher stuff; we have shingle beaches on both the east and west suburbs of the city but as for the centre of Southampton, the closest you’ll get to the lapping waves is the sharp concrete slope of Mayflower Park.

One of the best places for a Suburban Safari is by the seaside: here you’ll get to observe the whole scope of society, especially as restrictions lift and people flock to be outside and around their loved ones.

Mayflower Park is the only waterfront park in the city centre, at the bottom of the high street routes, dangling its toes in the Test. Less than half a mile from the precinct, you’ll feel like you’ve landed in a holiday hotspot. Everyone there looks like they’ve escaped into their own holiday, even for a short time.

There are old couples sitting on the benches; sprawling groups of families setting up complicated picnic apparatus; groups of kids playing football; I even saw a man relaxing on a hammock between two trees. If that’s not living your best summer life, I don’t know what is.

Actually, (as with most situations) it could be improved by the presence of ice cream. And you’re in the right place, as Mayflower Park is famous for its ice cream servitude. I’m doubtful the van even has an engine as I’ve never seen it move. On a hot summer’s evening, the queue stretched almost into the sea. But you’ll be willing to join the (socially distanced of course) queue to partake in the ice cream thrill. Is there anything more joyous than seeing a tiny child with a giant, flake-adorned cone, complete with ice cream moustache? Indulge your inner child and treat yourself. 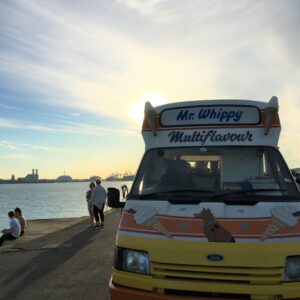 But ice cream is not the only thing the park is famous for. You’re also likely to see a few ships.

Shiploads of ships in fact.

Sitting on the main waterway from Southampton’s cruise terminal, Mayflower Park is the perfect spot to watch the busy maritime movements. Take a stroll along the water’s edge and you’re bound to spot a giant floating beast or two. Pick the right time of day and there’ll be cruise ships setting sail to accompany the hourly crossover of Red Funnel ferries to the Isle of Wight. On the evening I went, the cruise ships were in full flow. It’s quite the treat to see a thousand-foot ship do a three-point-turn.

There is so much to see and do in such a small space here, it really is a treat in the middle of the commercial city. Gaze across the water and see the huge cranes and the industry of Marchwood in the distance. It’s almost enough to take away the pain of longing for the long-removed concrete maze where I spent many a childhood afternoon. I’ll just have to console myself with another Mister Whippy and some people watching. 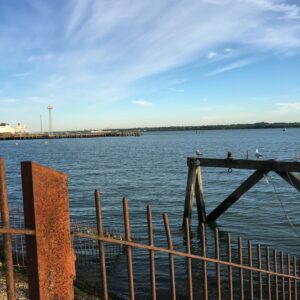 Cost: Free entry to the park. Parking charges apply. You’ll definitely need to splash out on an ice cream to curb your envy staring at all the other patrons.

Accessibility: Paved paths and a big grass field. Access the park from Town Quay Road and many bus routes pass by or it’s a short walk from town.

Facilities: Café, ice cream van, toilets, basketball court, playground – what else could you need on a sunny day? A pub you say? The Dancing Man sits across the road spilling customers onto its grassy knoll. Maybe a curry later? Kuti’s resides in the old Royal Pier building and is hoping to reopen later this month. 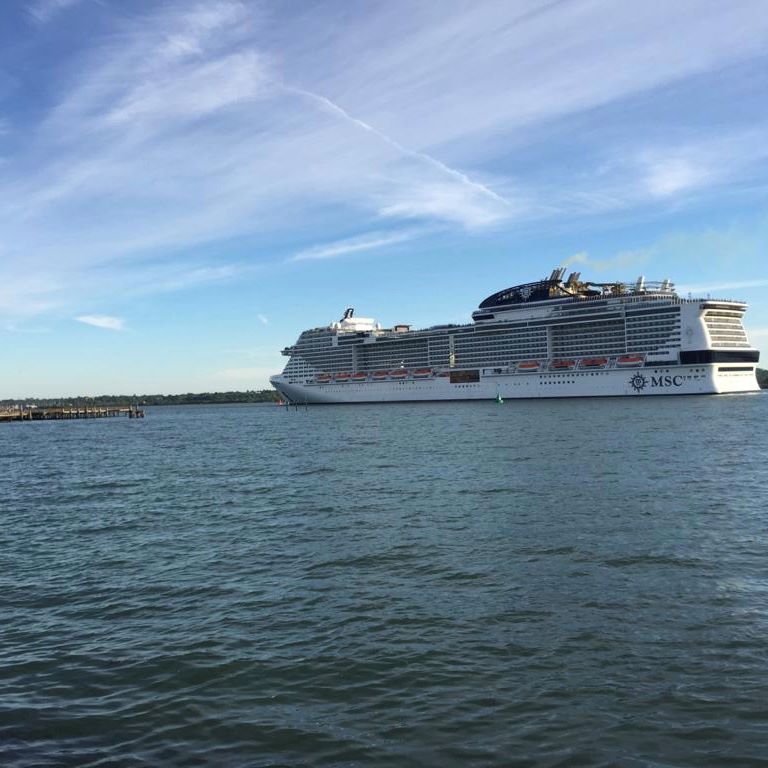 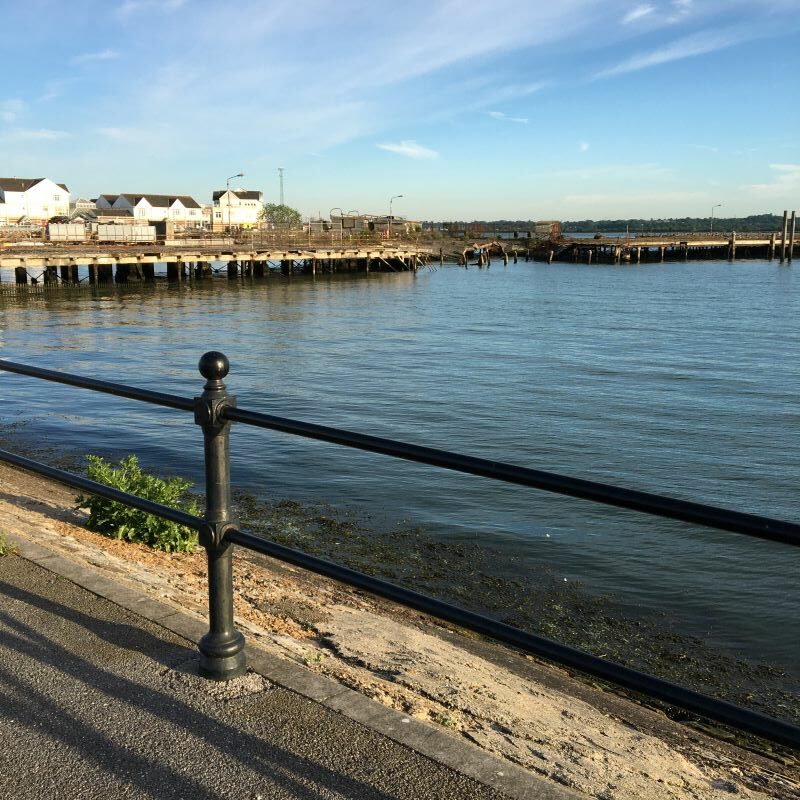 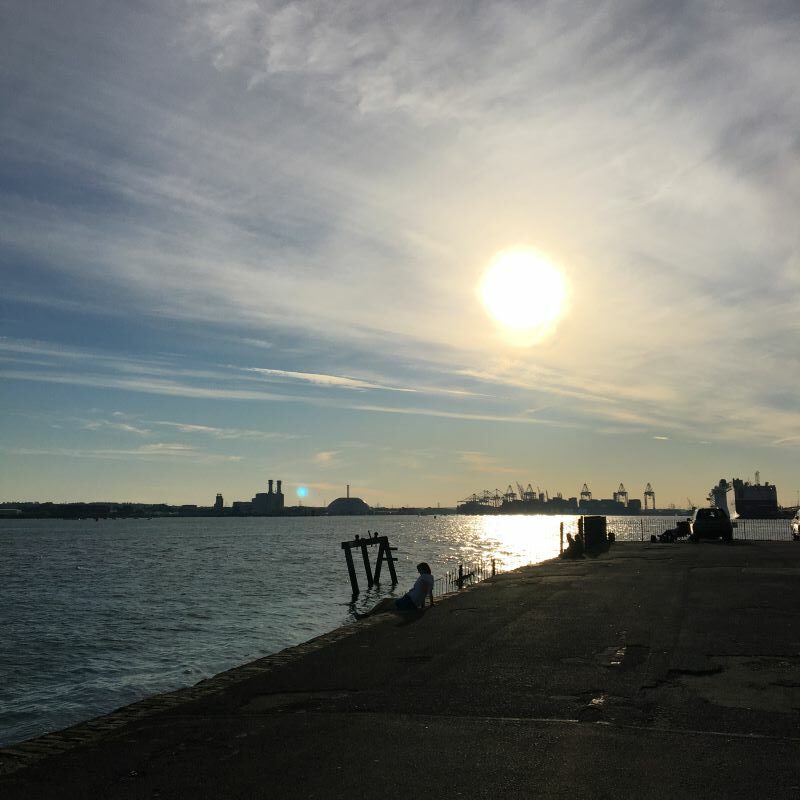 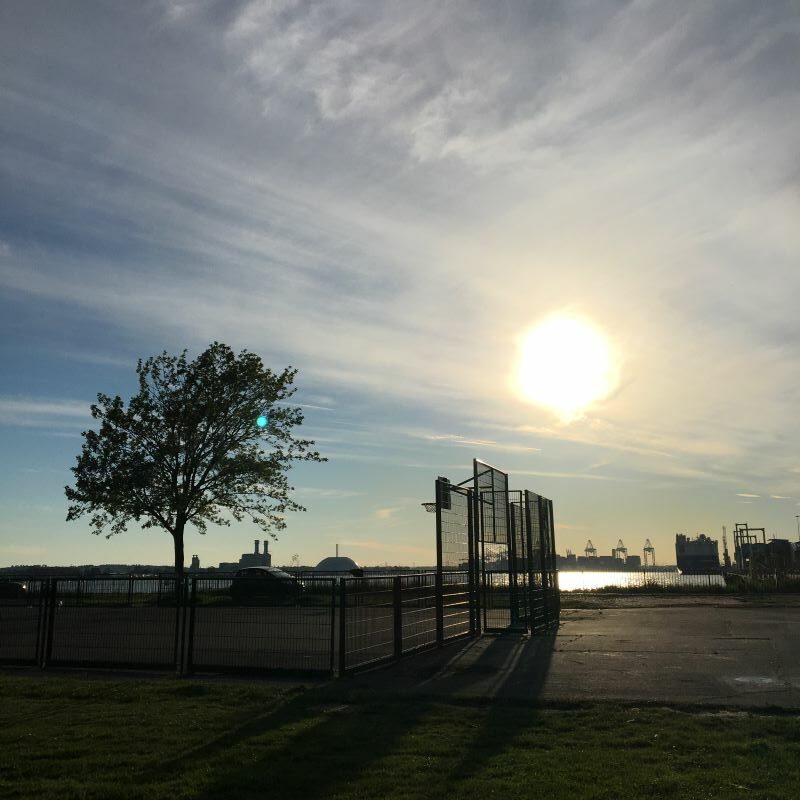