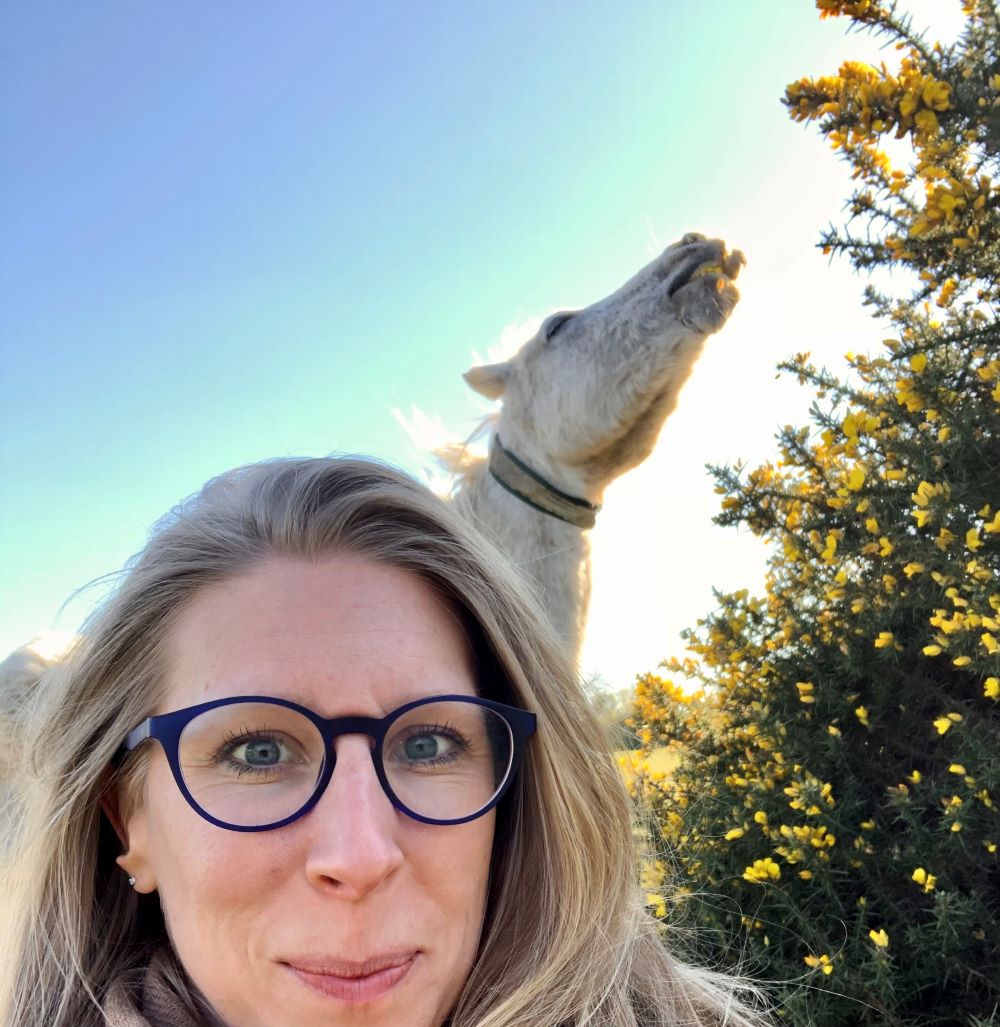 We see the first one in the small car park, in the middle of the New Forest, that is more of a heathland here. It stands very close to the bonnets, fearless, one horsepower among many. Its rich brown coat shines almost as much as the bonnet of the silver cars. Its mane rears in the wind, a bit like a lion’s. A guardian of the steppe, taking care that the cars do not leave their allotted area. 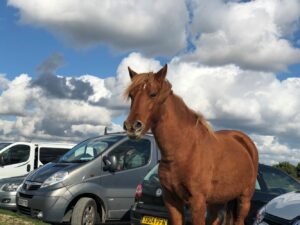 There are about 5,000 wild horses in the New Forest National Park, they have lived there since the beginning of our era. They are not wild in the true sense of the word, they have owners and are looked after by Royal Foresters and regularly checked for their state of health. But they are free in the sense that they can move unrestrictedly over the 566 square kilometres. Without saddle, without bridle, without fence.

And so they are not only in the pastures and under the trees, but also between the houses.

We meet the next ones when we enter the small village, Burley, where esoteric shops line up like a string of pearls because of Sybil Leek. England’s most famous witch, according to the BBC, lived here in the 1950s. She was seen walking through the village with a black flowing cloak and ravens on her shoulder. Until the attention became too much for her, the demand to help too great, and she fled to America.

In Burley, the rubbish bins are pony-proof, passers-by are asked to stop throwing their rubbish in when the bin is too full – so that horses wouldn’t stick their heads in and catch something. 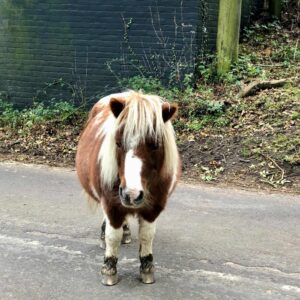 Animals we encounter in the urban area, dogs, cats, rats, usually dart away when we approach them. In the forest, deer, which could be better compared to ponies in size and species, dash away when they hear branches cracking on the ground. Hardly anything stands in the way of our safe footfall, at least not in Europe.

Until this horse’s butt. In the middle of the road, tail slapping rhythmically, ignoring the line of cars and passers-by around, hooves clattering across the asphalt; the halls a foreshadowing of its powerful hind legs. Don’t play with me.

Immediately, there is respect, reverence, consideration. We are more careful, more deliberate, observing, weighing; we do not act but react. Do we pay more attention or just take care? Maybe both, a natural cycle.

The city is not just yours, says the pony with the whipping tail, and of course I knew that before, but apparently I needed a reminder in horsepower to grasp it.

There should be more villages with wild horses, is the first thought. And the second: The city must become more natural. 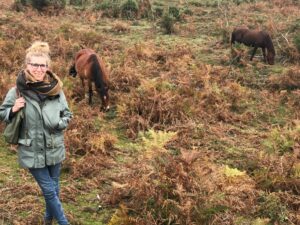 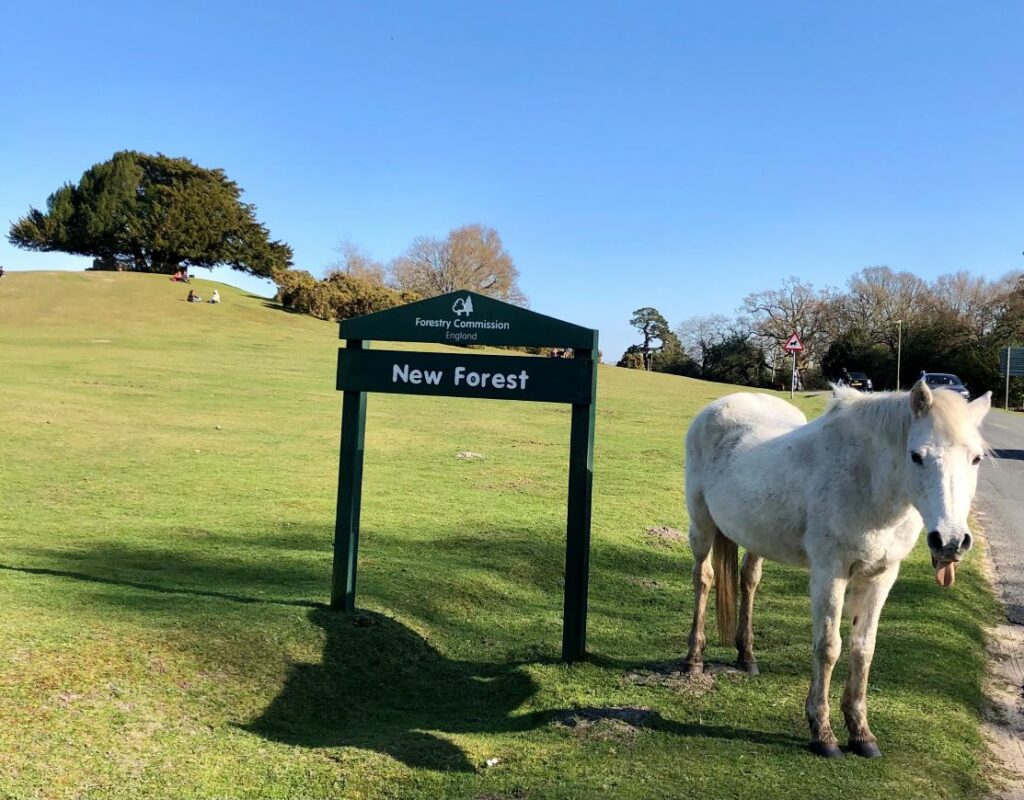