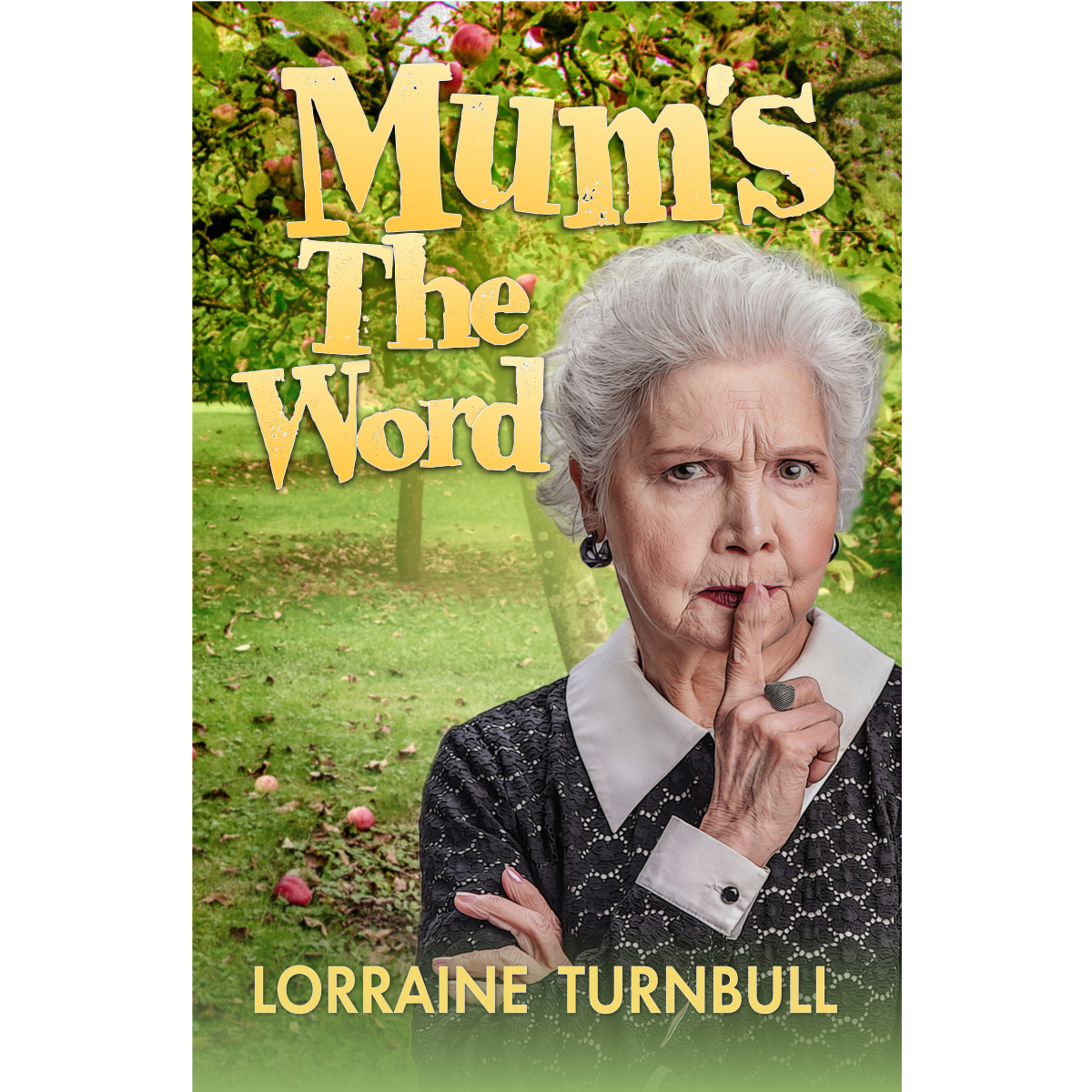 Three generations of women eventually find love is unconditional through scandal, murder, and realising what they deserve in life. We are presented; five women, the men that surround them for better and worse, three murders, one scandalous affair, and a few STDs for good measure. This is a story with domestic abuse, it’s murderous resolutions, and how life goes on for the living. Unless you’re a pig. Women’s fiction has a new contender.

Lorraine Turnbull’s debut fiction, Mum’s the Word is a good read. There are very small and niggling complaints I can make about it but none truly detract from the overall enjoyment. The title, for one, is irksome and gives the wrong impression that the book is a romp but it is not, it has humour, warmth, companionship and advocates being good and doing what’s right – to a fault. A satisfyingly tense read, the book opens with a visceral but darkly justified murder. The descriptions are enough to inspire the reader’s imagination to fill in the details (or not) to their own contentment. It cannot be honestly described as gross, just a bit disgusting when it is required.

The dangling possibility of a twist in the main storyline carries the reader through the more dryly technical sections on the farm. A tidy “will they/won’t they?” love interest diverts and brings a little levity right when it’s needed to maintain a light and humorous tone. The author’s history of law enforcement in Strathclyde, Scotland informs the criminal and investigative details but, presumably not the results! As usual the truth is far stranger than fiction. I found Ann-Marie Ross, the main character, a little frustrating at times but her mother, Innes, quickly becomes a firm favourite. Shining with characteristics of parenthood, such as unconditional love, support and absolute discretion.

The representation of gender/sexuality/race is not diverse in the way modern writing is sometimes expected to be but each Scots woman is considered in shades of grey (not 50!) prompting my reaction to each character on a personal level. Men are not left as wallflowers either, their characterisation while not as closely examined still allows for preferences, and judgement. The men range from the downright evil to the comfortably debonair, with gradients in between. An enveloping and pleasing holiday read. Something my Gran would’ve described as ‘a bit of fun’.

Murder, getting away with it, and finding contentment generates a neat example of women’s fiction. Written by an accomplished woman for women (generally) of a busy and ‘in need of diversion’ phase of life. However, don’t we all fantasize about getting away with murder sometimes? For vicarious satisfaction of dark delights – look this way.