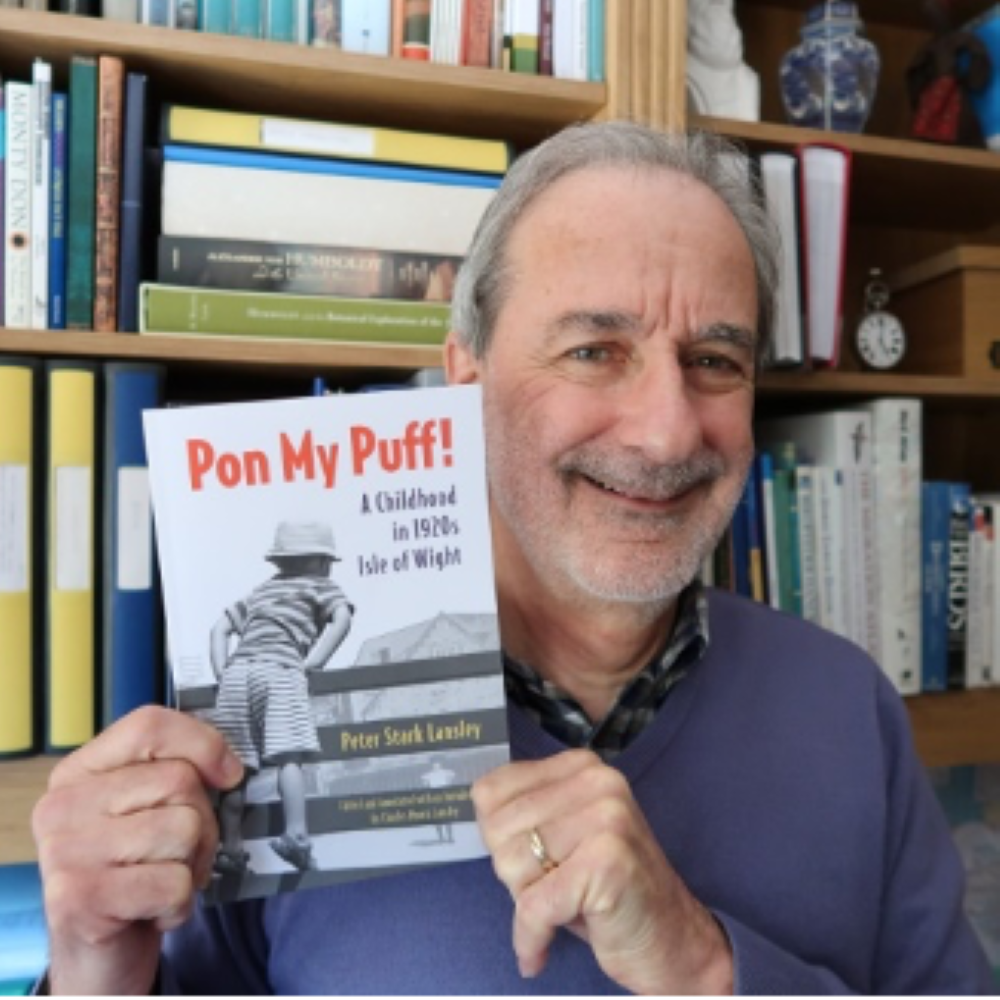 Imagine you clear out your mother’s garage and in an old rusty trunk, you find a 60-year-old manuscript. As you begin to read it, you realise it’s a story written by your father about his exciting childhood on the Isle of Wight. This is what happened to Charles Lansley in 2013. He was so fascinated by the discovery that he decided to get the story published.

In April of this year, ‘Pon My Puff!  A childhood in 1920s Isle of Wight’ written by Peter Stark Lansley, went on sale. It tells the story of his family and village life on the Isle of Wight in the 1920s. Written from the child’s point of view, we are transported back into a time when there was no electricity or telephones. When the steam train ran supreme and children roamed freely.

A presentation by Dr Charles Lansley:‘Pon My Puff!  A childhood in 1920s Isle of Wight’  written by Peter Stark Lansley will take place on Wednesday, 6 October, at 7.30pm

at Freemantle and Shirley Community Centre, Randolph Street, Shirley, Southampton, SO15 3HE

Admission is free but to reserve a place please email: loretta.emery@talk21.com

Note: Chairs will be spaced out, due to COVID restrictions.  Please follow social distancing precautions and bring a mask.