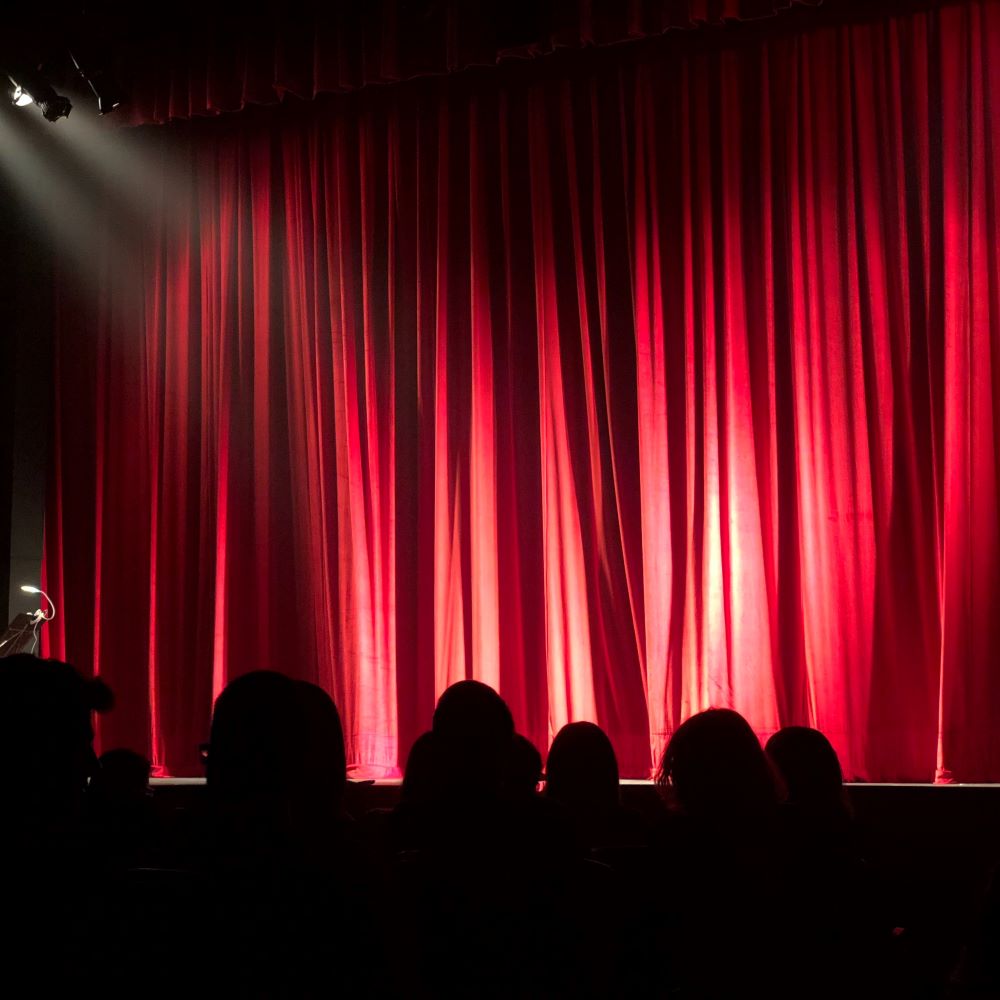 The line between comedy and horror is a fine one. The same scenarios that can cause screams can also cause laughter, and panicked actions can also become absurd slapstick. Therefore, it is not surprising that the SUP Theatre Company production of Night of the Living Dead takes the Airplane! approach of utilising the original films script and mining it for maximum laughs.

But, of course, that’s only half of the story.

Staged at the Hangar Farm Arts Centre, we find ourselves entering a remote farmhouse where six strangers must survive the night against hordes of the ravenous undead. Of course, not all goes to plan, and a combination of in-fighting and bad decisions leads to all sorts of chaos. So far, so in line with the seminal George A Romero film. However, there are certain ticks and tones by the performers that lure us in to the hilarious anarchy that will unfold. As a fan of the original film, I was tickled by references to the movie, and the playing of tropes and characters that once familiar as horror staples now became over-the-top silliness. Seeing scenes that were once architects for tension now becoming homes for hilarity worked in a way that felt natural and organic. Each bit of dialogue – lifted verbatim at times from the film – is delivered in a way that now sees it become a cog in a growing machine of mirth.

Of course, none of this would work without the right performances, and the cast here do an excellent job. Most of the characters are unchanged in appearance and persona, but the acting chops of the players involved make them brilliant clowns in a macabre theatre. Naomi Scott’s leading performance as Barbara is the first to really highlight the duality of tone, turning a character stunned by violence into a meandering ditz you can’t help feel sorry for and laugh at. Accompanying her in the lead performance is Tamuka Prince as Ben, whose reluctant hero becomes a frustrated straight man in a sea of absurdity. The rest of the cast also take the core components of their characters and amp them up to eleven, with the stand out for me being Stephen Fenerty as Chief McClelland who not only brings a costume, patter, and persona that is lifted perfectly from the film, but gives an old-school comedic swagger that is exceptionally highlighted in the second half.

And now, let’s talk about that second half. Because for those who know Night of the Living Dead, it is a diversion that not only turns the whole tale on its head, but detaches it from its shoulder and punts it across the stage. Without spoiling too much, utilising a narrative tool that audiences will recognise from the comedic likes of Clue means we are invited to see the story develop in a variety of ways that not only bring about more laughs, but also allow the actors to really make their characters pop, and that leads to an ending that is both unexpected and absolutely fitting.

While I tend to focus more on performance and writing, technically speaking Night of the Living Dead was also superb. The use of lighting to stage a variety of settings in spite of the largely static set-up made transitions both a breeze and not at all jarring, and one particular spotlight scene adds to the laughs immensely. Of course, the sound design also adds even more spectacle to proceedings, with gunshots and musical cues used to bolster jokes and bring a few shocks to the system, and the overall layout and prop work present made the scenes fittingly claustrophobic and, naturally, gory.

All this may seem like hyperbole; praise lathered in purple prose that can have the side effect of seeming disingenuous. But make no mistake – as a horror fan and writer, anything less than a perfection on the Romero classic would have left a taste as bitter as the brains served by a zombie. Thankfully, not only was I left in awe of the brilliance of the play as a whole, I was inspired to share with you the glory I felt with it. Suffice to say, George A Romero would be rolling in his grave at this production.

With laughter, of course.

This amateur production by the SUP Theatre Society is based off the official stage production of the film, and produced in arrange with Concord Theatricals. I saw the performance on Friday 19th November at the Hanger Farm Arts Centre.