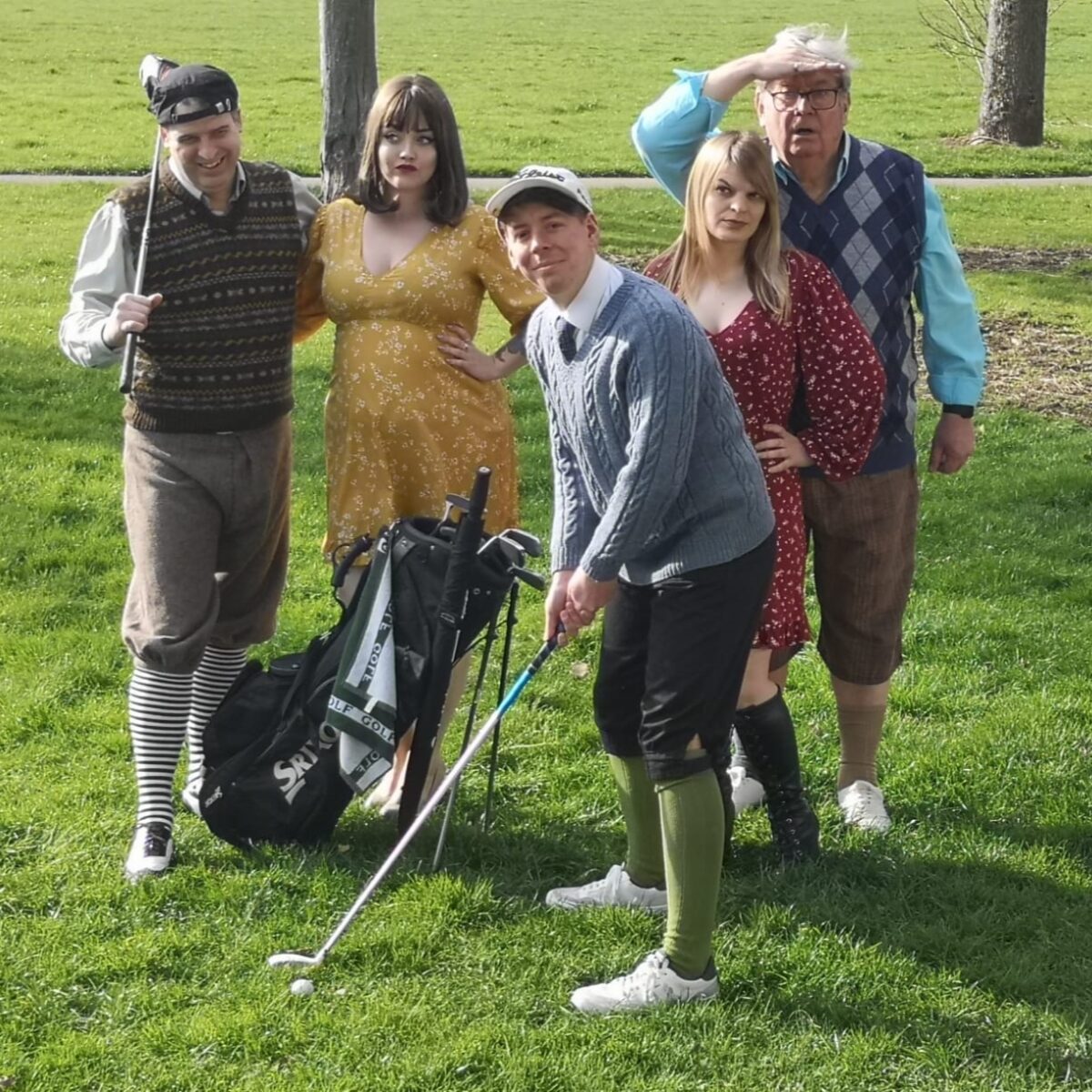 New Apollo Theatre Company was founded as Portsmouth’s own Fringe theatre group, performing mainly in pubs and small spaces.  They took Looby Loo – No Strings Attached to the Edinburgh Fringe after it premiered locally. Productions have featured a popular series of annual Halloween Horrors, and also many comedies, including a combination of the two genres in Dracula, the Comedy!.

In Par for the Course, a key date in the Club’s calendar, Captain’s Day, gets off to a difficult start when the male captain is indisposed. Club secretary, Simon relishes the chance to take over, but is thwarted by vice captain Nick, his girlfriend, Tiffany, the female captain, and hopeless player Barry. Events on and off course go from bad to worse.

Performances take place on Sunday 20, Monday 21 and Wednesday 23 February (note, there is no performance on Tuesday).