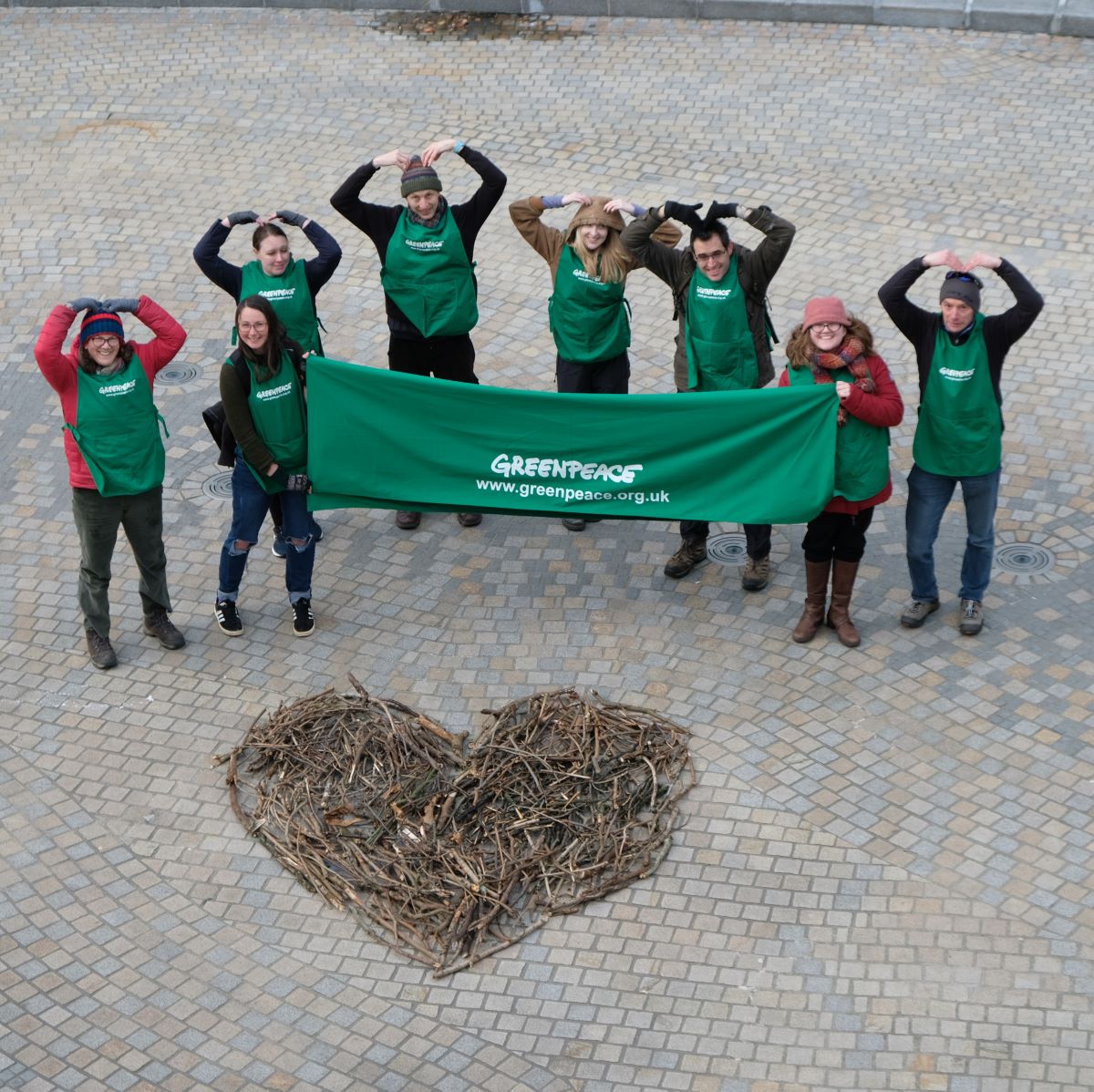 On Saturday (12 February) Greenpeace Southampton Group created a giant heart in Southampton, outside the old walls and in Houndwell Park.

The hears was part of the Climate Coalition’s annual Show the Love campaign, which shows what people love and don’t want to lose to climate change. The group collected sticks from their gardens and local parks and came together to create the giant heart.

“It was great to join with other people in Southampton today to show what we love and don’t want to lose to the climate crisis,” said Jay, a volunteer with Greenpeace Southampton  Group, from Woolston.

“The old walls are integral to Southampton’s history and we wanted to build a heart there to show our love for the area. We also felt that the park, situated so closely to main roads and a bus depo, was a very important green space in our city that we need more of, to combat climate breakdown and for mental wellbeing. That’s why Greenpeace Southampton is calling for Investment in green public transport, walking and cycling.”

Greenpeace Southampton Group is calling on the Government to implement a ‘Just Transition’ away from fossil fuels to renewables, to roll-out a nationwide programme to make people’s homes warmer and more energy efficient and to invest in green public transport, walking and cycling. Greenpeace volunteers also want to see a reduction in single-use plastic of at least 50 percent by 2025. In the short-term, the group also calls for a windfall tax on big oil and gas companies, so that the money can be used to help people who are struggling to pay their bills due to the energy price rise.

Jay added: “The climate crisis can feel scary, but for me, taking part in Show the Love was a really powerful way to come together with other people in my local area to call on decision-makers, from Southampton City Council to the UK Government to actually deliver on our legally-binding climate targets and create a better, fairer, greener world for everyone.” 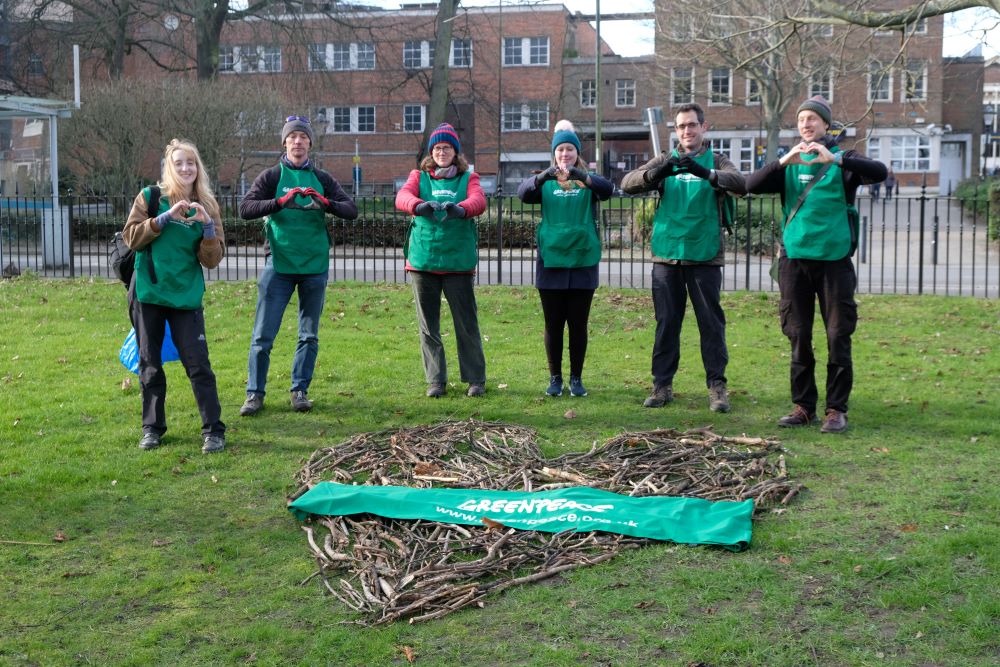 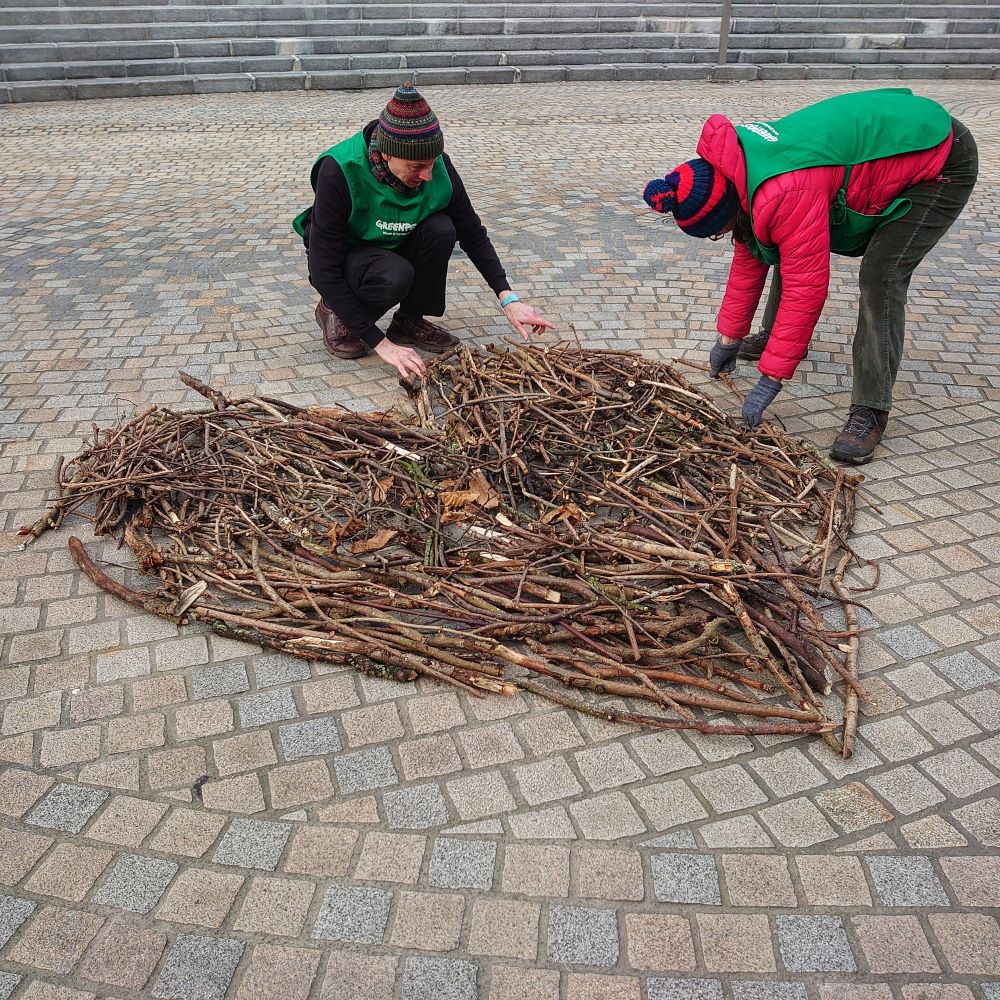