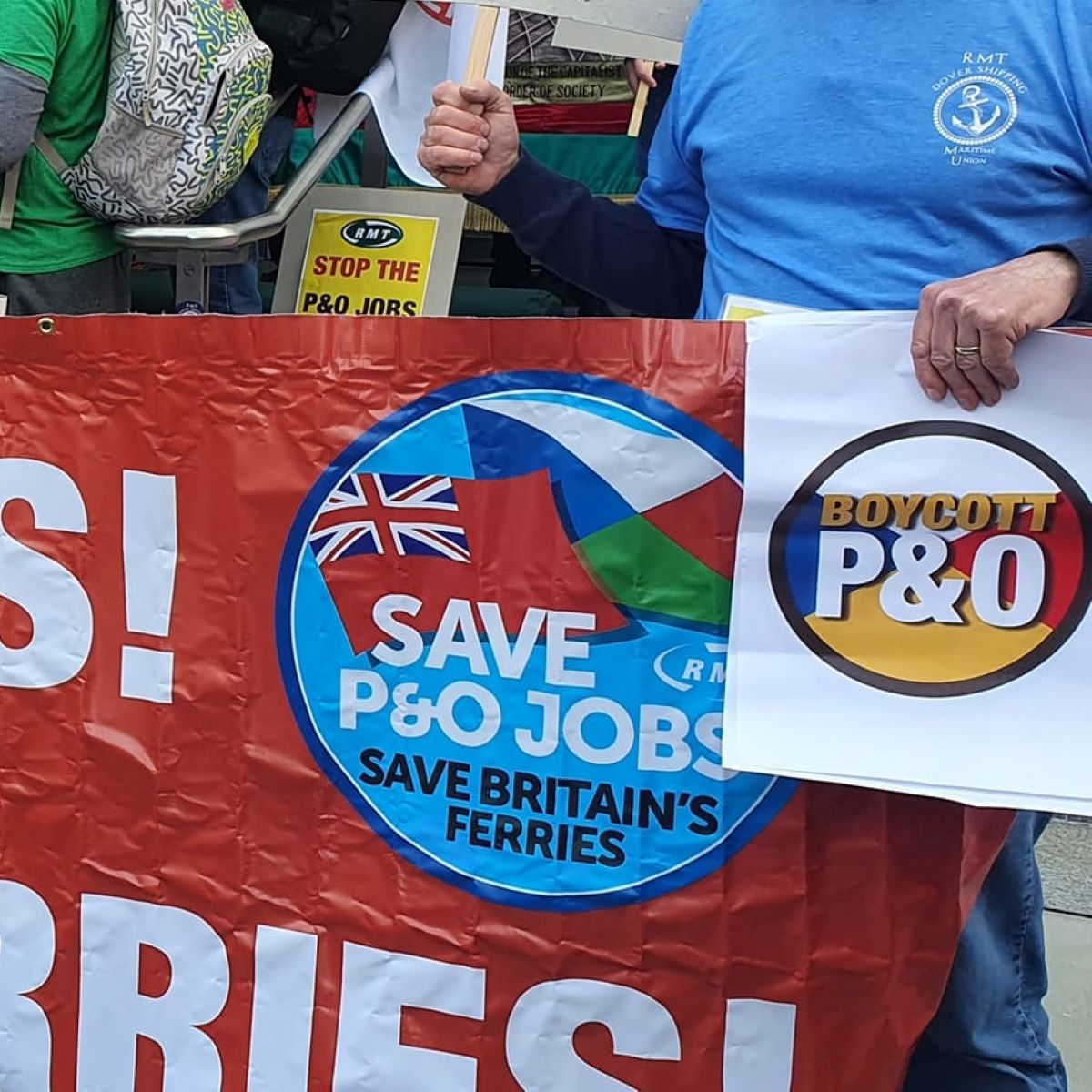 A protest is being held in Southampton tomorrow (March 26) against P&O ferries, following their mass sacking of 800 workers and replacement by staff being paid less than the minimum wage.

An organiser of the demonstration said: “These workers are organised by the RMT Union and Nautilus International, we are standing in Solidarity with those workers and their demands. This campaign has exposed the appallingly poor legal protections for workers in the UK and the most despicable acts employers will carry out against workers to defend profits.”

A protest  is being held tomorrow from 1130am to 1pm outside of Dock Gate 10, to stand in solidarity with the sacked workers and to highlight the campaign to reinstate them. The protest is supported by the RMT Union who represent the workers affected.

DP World is the parent company of P&O Ferries and has a base of operations in the Western Docks of Southampton accessed through Dock Gate 10.

The demonstration organiser added: “DP World is at the vanguard of the ‘Freeports’ proposals that the government is currently making plans to implement, the government has stated that due to the actions of P&O they are looking at contracts made with DP World. This opens the door to new opposition to the Freeport proposal.

“DP World recently paid millions of pounds on international Golf  tournament sponsorships and £150 Million in share dividends on a £1 Billion profit announcement. P&O are now seeking to recruit agency workers on their ferries to replace these sacked workers paying  less than the minimum wage.

“We will send a clear message that these attacks are unacceptable and that we will mobilise the full force of the trade unions locally against them. “