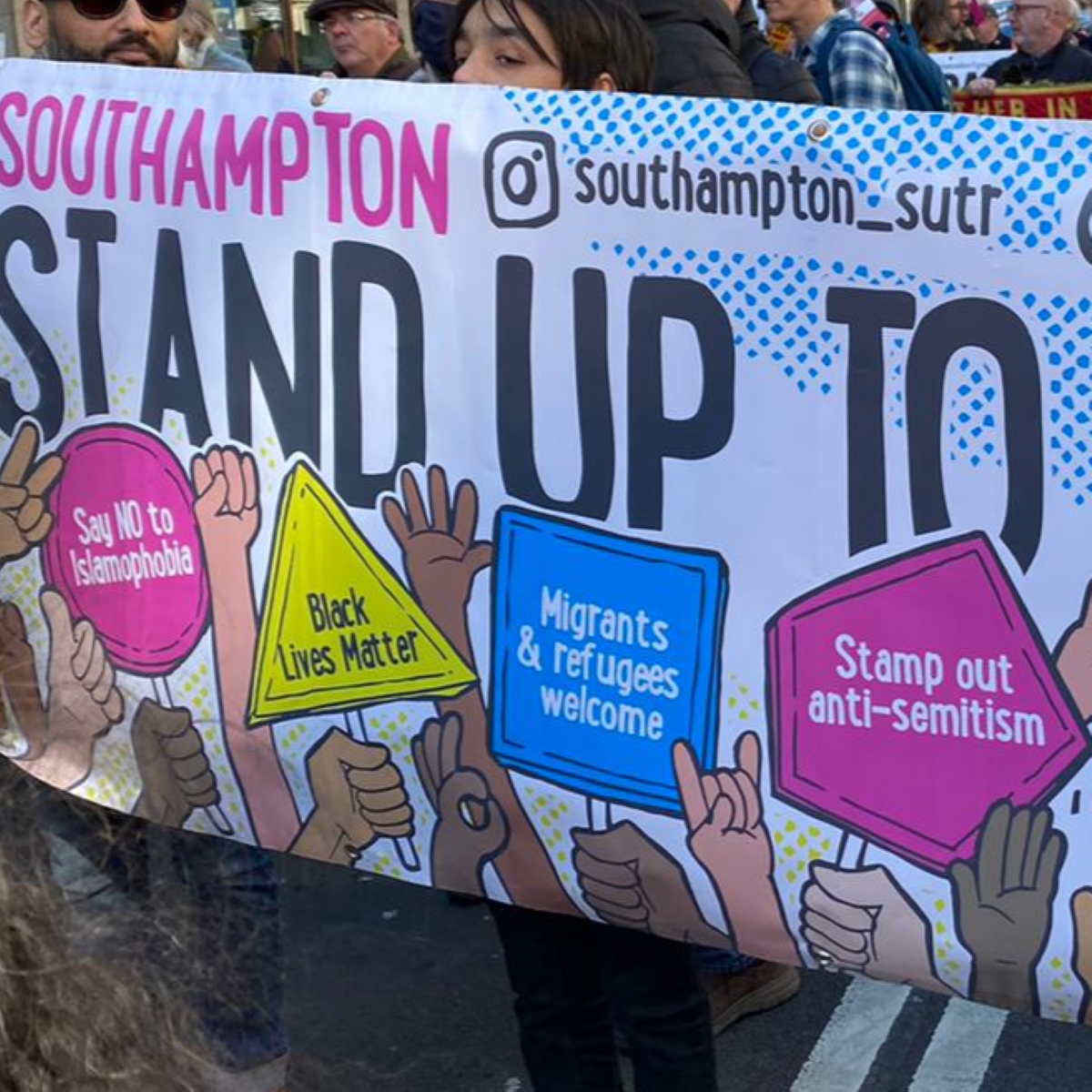 Jimmy Carr returns to perform at the city’s Mayflower Theatre next month, and so it seems like an opportune time to revisit his joke about the Holocaust that caused so much furore after his latest Netflix special. I’m a member of Southampton Stand Up to Racism, and yet I’ll confess to having debated the merits of demonstrating about the issue following his earlier show at the theatre in February.

Freedom of speech is such an essential pillar of a democratic society that we must, rightly, robustly argue the cases both for and against demanding censorship. Having lived in Saudi Arabia, a country where this right has been removed outright from the public by threat of prosecution or worse, I count myself among those who recognise its sacrosanct nature. So I tread carefully on this terrain, and offer reasons why racist material, even in comedic form such as Carr’s, be removed from public viewing.

Not just offensive, but dangerous

The entertainment industry is primarily a marketplace like any other, and the public customers who can freely elect to watch what they wish. I won’t debate that point, since it should be accepted that if something offends you, you can decide not to watch it. Comedy is without question an art form after all, and deliberately open to interpretation.

It’s perhaps useful to consider the material when placed in another context however: at workplaces in the UK, under the Equalities Act of 2010 Carr’s ‘banter’ would be grounds for disciplinary action if they “violate a person’s dignity or create for that person an intimidating, hostile, degrading, humiliating or offensive environment”. Given the number of complaints about the joke, this would be an inevitability.

I’d argue though the impact of the material goes beyond well-worn arguments and counter-arguments for censorship: we should not measure this impact on potential offensiveness to minority groups and the wider public alone.

While It’s almost impossible to draw a straight line between what we watch and violent crime, research proves that exposure to not only violence but also forms of humour often releases existing prejudices. As a pertinent example, exposure to sexist humour has been found to reduce how seriously rape, and sentencing for rape, is perceived by certain groups of men. It also affected the extent to which female victims were blamed.

The implications for the Gypsy Romany Traveller community, the subject of Carr’s joke, are clear. By normalising this type of racist humour and not regulating exposure to it, we risk endangering them to those who carry prejudice against them. That risk is already alarmingly high: a 2020 report found that GRT communities experience hate incidents on an almost daily basis, while mental health issues and suicide are leading to an “epidemic of needless deaths”.

It really isn’t a slippery slope

As I’ve discussed, there are inevitable costs to free speech, and retaliating with accusations of cancel culture feels too easy; a convenient escape route when instead we need to engage with the consequences of what’s been said. When we become fully aware of the scale of damage caused we would surely question how easy it is to delegitimise calls to moderate harmful forms of speech.

Take Boris Johnson’s comments about Muslim women wearing the niqab as “letterboxes” in his former Daily Telegraph column. In context, he was actually defending their right to wear them. And so it wasn’t considered to be hate speech, yet Islamophobic incidents in the UK rose by 375% in the following week, as his words were repeated by racists abusing Muslims on the street and online.

What this illustrates is beyond binary concepts of free speech and hate speech, there is speech that endangers people, like Carr’s Holocaust gag, and that requires regulation. In another joke in the show Carr exploits the deaths of COVID victims for shock value, and while wholly distasteful, doesn’t represent a threat to a particular community.

There are clearly situations when cancelling someone is no more than a public declaration of supposed moral superiority, designed to denigrate another, but making the distinction between that and the lack of real consequences for powerful people in the media and politics is essential.

These are the distinctions to be made, the kind a regulatory body or a theatre – are required to make. That’s not a slippery slope of endless censorship; it’s an editorial decision defined by the interests of public safety.

In this light, it becomes ever more clear why there is a need to demonstrate outside the Mayflower theatre to highlight the fatal absence of social consciousness by allowing such dangerous racist material into the public realm. Most critically though, it is to show solidarity and compassion with the minority communities who then become easy targets for those who wish them harm.

To be clear, we are simply asking for the offensive material to be removed from the show. This doesn’t represent no-platforming or the worst excesses of cancel culture, but instead I’d suggest surely what a progressive and responsible society looks like.

I hope to see you on Monday 16th May at 19:30 to help show that the people of Southampton share this vision.

For more information about Southampton Stand Up To Racism, visit https://www.facebook.com/SouthamptonSUTR