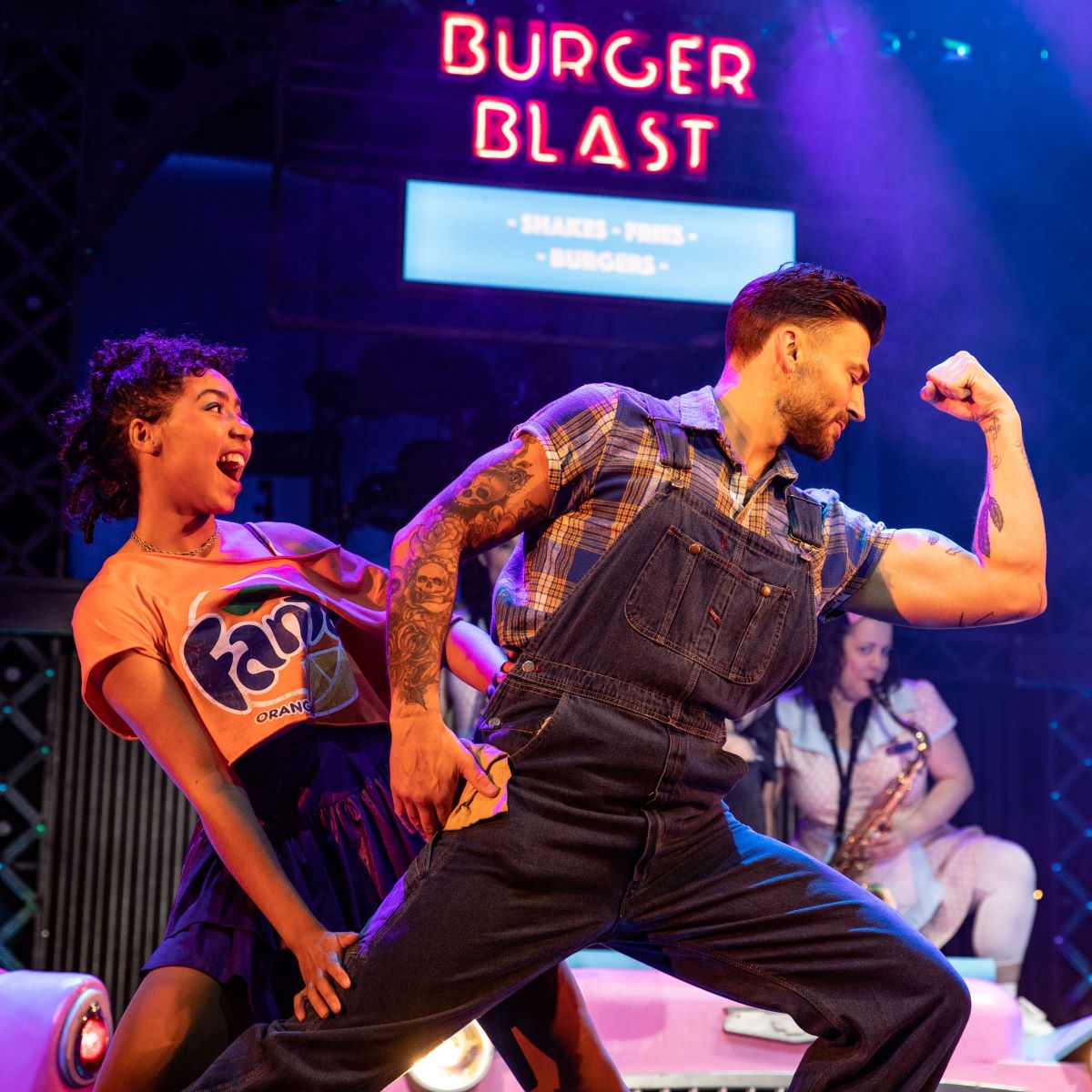 Growing up in the 80s means we were spoilt with some classic films, and Footloose, starring Kevin Bacon, was no exception – so I had high expectations for the stage musical that opened at the Mayflower Theatre last night (May 3).

City boy Ren – played by Joshua Hawkins, who captures the same sarcasm as Bacon delivered so well in the film – thinks life is bad when he’s forced to move from Chicago to a rural backwater in America where dancing and rock music are banned!

The backdrop was simple with the word Footloose in bright neon lights, and the music was upbeat with some classics, including Holding Out for a Hero, Let’s Hear It For The Boy and, of course, the unforgettable title track, Footloose. The cast made multi-tasking look far too easy as they played guitars, brass and woodwind instruments as they sang and danced their way through the script.

Footloose the Musical had a real 80s feel to it, including some slapstick moments that you are unlikely to see in something written today, and the cast was led by Dancing on Ice winner and theatre star, Jake Quickenden, as Willard, and the audience loved him as he played his awkward and slightly gawky teen character who is in love with Rusty (Oonagh Cox) so well.

I was slightly disappointed to see that Darren Day was not in the role of Reverend Moore due to illness, but I needn’t have worried – Ben Barrow took his debut chance and managed to fill some very big shoes with seeming ease!

Special mention has to go to Lucy Munden, who played Ariel… her part meant that she had to portray an underlying sadness that goes far deeper than teenage rebellion, and she managed to do that with a fragility that meant the audience were really drawn in to her character.

There aren’t many shows that could get the entire audience on their feet, clapping and dancing for the final five minutes – but Footloose did, and the slide was worth the wait!