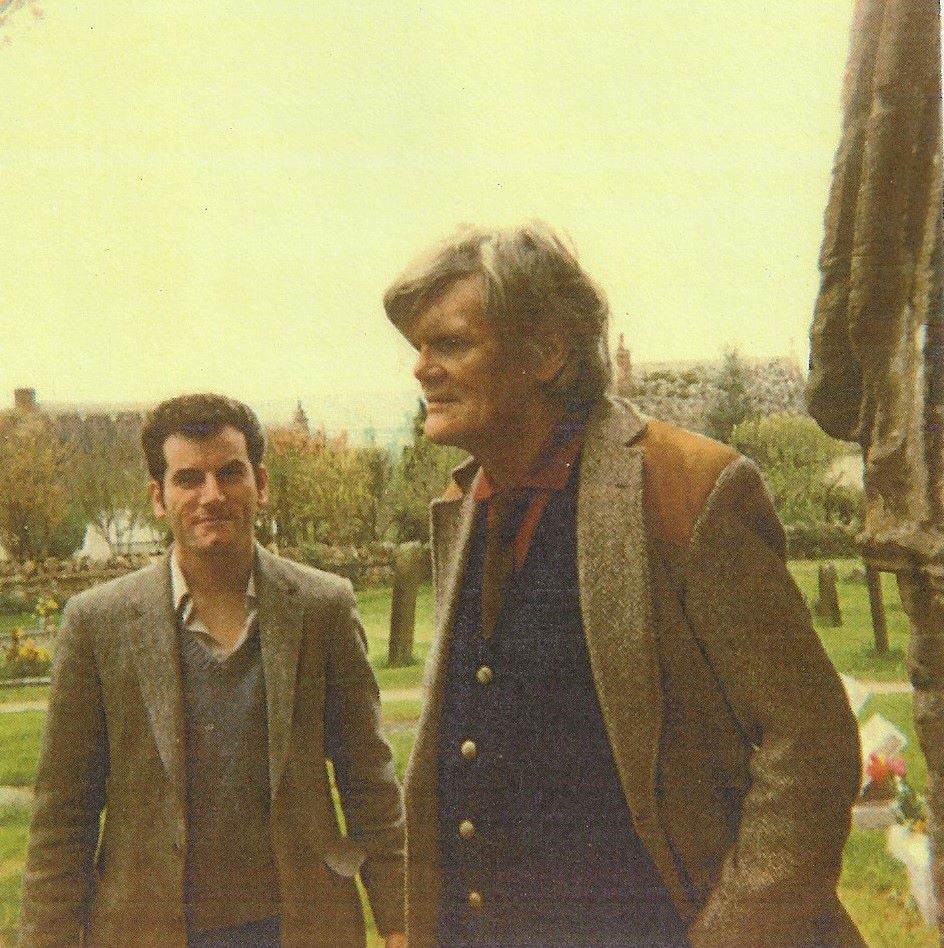 by Adrian Risdon and Jack Wilson.

Jack: I recently wrote an article on Bevis of Southampton, which evoked a response that will be fascinating for all those with an interest in poetry and poets. I was contacted by Adrian Risdon, who explained that he was once amanuensis to the famous blind poet John Heath-Stubbs, amongst whose works was a poem named “Bevis of Hampton”.

Heath-Stubbs’ first 21 years were largely spent in the New Forest at Barton and New Milton, and he attended Bembridge boarding-school on the Isle of Wight in his teens. Diagnosed with glaucoma in his childhood, he was completely blind from 1978. Nonetheless, he continued to write almost to the end, helped by Adrian and others.

Adrian: Despite two Cambridge degrees, my employment history proved a disaster. I couldn’t cope as a school-master, and after acting as warden for two Carr-Gomm hostels, eventually settled for clerical work in the Civil Service. Later, personal complications meant that Job Centres forced me into a long succession of increasingly pointless and poorly-paid occupations, but my voluntary work was both more satisfying and much more successful, especially my time with John.

I first met John in 1976, as a consequence of a conversation on the top deck of a London bus with a disdainful nun. “Mr Heath-Stubbs,” she snootily remarked, “dwells in total squalor”. The combination of scholar and squalor I found immensely attractive. So I posted John a copy of my thesis on Dante, he invited me to read it to him – and things went on from there. For 30 years I assisted him in a variety of ways, joined the “Heath-Stubbs Circle”, and attended his very literary parties.

John could be a difficult person to work with. When once I suggested it was O.K. for people to enjoy both his own verse and that of Philip Larkin (with whom he had had a falling-out), he snarled: “I think you’d better leave.” Next morning he was on the phone to apologise; he’d had a dream in which he and Larkin were friends again, and had based a new poem on the dream.

John was very conflicted in his feelings about the Hampshire he grew up in and (emotionally) never really left. Despite an international academic career, his mind regularly returned here – leading to such amazing ‘local’ poems as “Bevis of Hampton”, “Purkis” – about the charcoal-burner who trundled William Rufus’s corpse from the New Forest to Winchester – and “Old Mobb”, the Romsey highwayman. He recites Purkis to my friend Colin and myself on a short film we made, “At Home with John Heath-Stubbs”.

I sometimes think of John as being like the Bargate – an antique structure stubbornly surviving amidst much modern dross. He himself might wryly have identified with New Milton’s Water Tower – another building with an air of being slightly out-of-place (and out-of-time). But a poem like “Bevis of Hampton” gives his potential readers hereabouts a real opportunity to take him and his poetry to their hearts. When I moved from Winchester to Southampton in 2001, John’s response was surprising and encouraging: “Southampton is”, he opined, “more of a real city.””

Jack: Since John’s death in 2006, Adrian has devoted a large portion of his time to promoting his (John’s) poetry. He firmly believes John to be “the best Poet Laureate England never had”. We intend to publish “Bevis of Hampton”, with notes by Adrian, and then more about John, and particularly his Hampshire poetry.

Adrian is himself a published poet. His work includes a poem on a Gay Pride March in Southampton in 2017, from which the following lines are taken:

“We march along Above Bar Street (or straggle)

depending on this script’s veracity) …

Ancient and Modern, gay and the superseded –

where, thinks John’s ghost, the Union Jack should be.”

Adrian Risdon is a Brother at the Hospital of St. Cross.