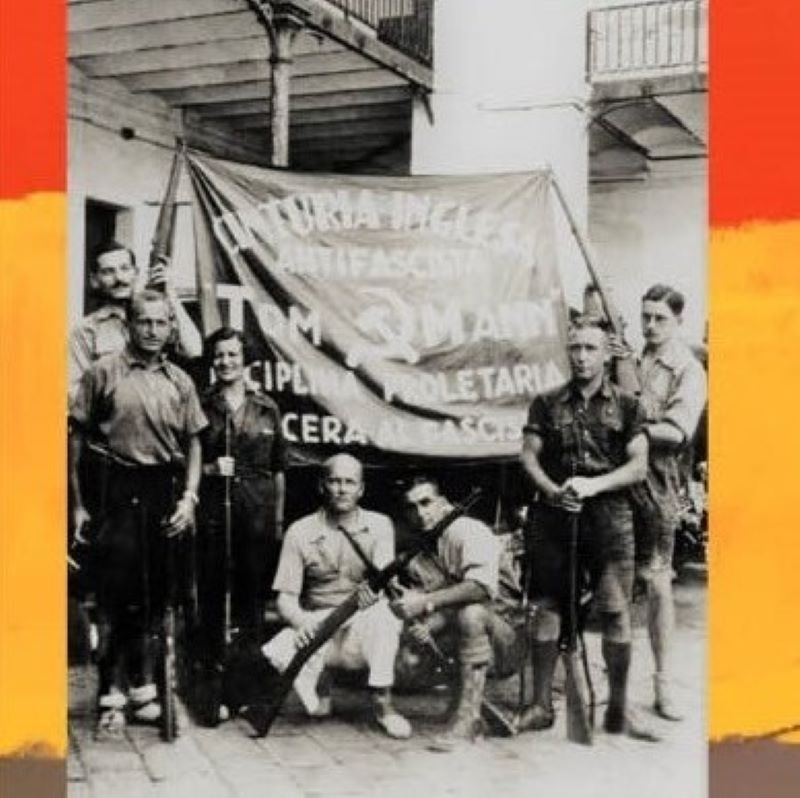 Southampton author Alan Lloyd shares the background and some of the findings in his new book, Hampshire Heroes, which celebrates International Brigaders who fought in the Spanish Civil War with connections to Hampshire and the Isle of Wight.

Fifteen years ago, I bought a copy of Bill Rust’s book, “Britons in Spain”. Despite a lifetime’s interest in history, and involvement in the Trade Union and Labour movement, it came as a surprise to find the Roll of Honour at the back of the book contained the names of Brigaders from my home city of Southampton. I determined then to research and write about their whole lives, in order to ensure they received the recognition they deserved. 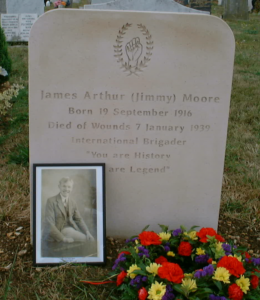 Little did I know then that my original list of five would mushroom over time to around forty; made up of British Brigaders, one Canadian Mac-Pap, one Independent Labour Party fighter, one doctor, two nurses, and four pilots, all with a connection to Hampshire or the Isle of Wight. In my new book, Hampshire Heroes, I have also included chapters on the arrival of the Habana, with the Basque children, and the founding of the original “Foster Parents Plan for Children in Spain” (now “Plan International”), and have a chapter detailing the efforts to support the Spanish Republican government which took place across Hampshire at the time.

My early enquiries saw me quickly steered in the direction of the legend that was Jim Carmody in London, as THE person to speak to with regards to the British Battalion. Always happy to share the huge amount of information he had accrued, and with seemingly endless patience, he gave me a good foundation on which to build the story of the lives of my Heroes outside of their time in Spain. I also made two trips to the Russian State Archive of Socio-Political History (RGASPI) archives in Moscow just to try and fill in the many gaps I still had, as at that time, the information was not available online.

The following years also saw visits to libraries and county and university archives across the UK, often chasing the slenderest of leads to build a picture of a particular Brigader. Sites such as Ancestry and Genes Reunited were also used to try and trace and contact family members, many of whom discovered that I often knew more about their relative than they did. There were also the hundreds of emails that were sent around the world chasing leads, which were often dead ends, but would sometimes elicit a fact or contact which would lead to further information. 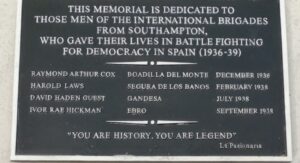 Along the way we also raised money for the memorial to the four lads connected to Southampton who were killed, which is located close to the Cenotaph in the centre of Southampton. We also located Jimmy Moore’s lost grave in Milton Cemetery and raised the money for a headstone to mark where he lies.

I have structured the book in such a way that, I hope, weaves the stories of the men and woman included into a timeline of key events during the war, and shows the often lasting impacts that their time in Spain had on the rest of their lives. In addition, I hope that the book shows how their individual circumstances and life experiences, despite varying widely, all contributed to their individual decisions to go to Spain.

I owe a huge debt of gratitude to all those relatives, friends, librarians, archivists, and others who have been so kind and helpful in receiving and responding to my endless enquiries over the years. Readers of the book will see that there are still gaps in the lives of a couple of the Brigaders, and I continue to welcome information which will complete the story. However, it was time to temporarily draw a line and dispel the anonymity which has cloaked most of the names until now. I hope readers will be inspired by their stories, despite the number of individual tragedies, and continue to recognise the justice of their fight, and the need for us to continue it. Heroes one and all.

Thanks to Simon Deefholts at Clapton Press my long promised book about Brigaders connected to Hampshire will be released on 15th September.