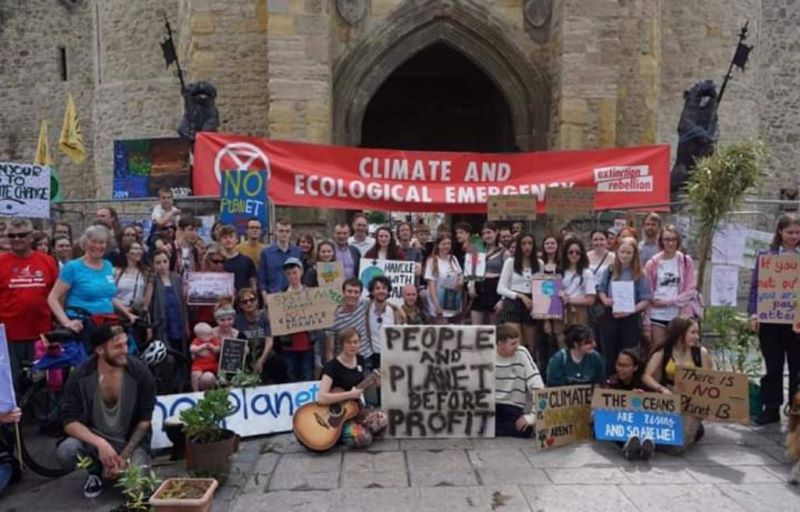 I was inspired to get involved in Extinction Rebellion (XR) after the rebellion in London. For me, the rebellion heralded a sense of hope and a feeling that things could change for the better. I, along with other members of the public, really empathised with XR. I have grown up knowing about the reality of global heating since I was a young child yet it never seemed as if any serious changes have been made by the governments of the world and as the years have gone on, carbon emissions have only increased and more and more animals have become extinct; in fact extinction rates are 1000 times greater than natural background rates.

The thing about XR that made me pay attention was the urgency of it. It was a response to an IPPC report from September 2018 stating that we only have twelve years (eleven now) to get to carbon neutral and keep global heating to 1.5 degrees below pre-industrial level, to avoid the most catastrophic costs of global heating. The amount of damage to the earth and its inhabitants at 1.5 degrees warming is a lot less than the amount of damage caused by 2 degrees warming. Sea levels could be expected to rise by 10cm at 1.5 degrees however at 2 degrees it would be 50cm. In central America and West Africa crop yields would reduce twice as much at 2 degrees than at 1.5 degrees and so on and so forth. 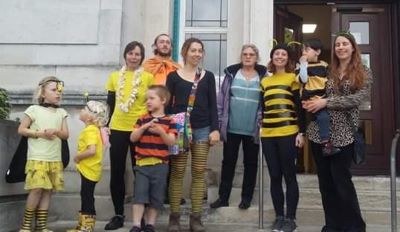 I was extremely keen to get involved in Extinction Rebellion and join the rebels in London at that time but unfortunately it wasn’t possible for me due to other commitments. As soon as I could I joined an induction to XR in Southampton. Extinction Rebellion is bold in its ambition for fast and wide-ranging changes. We envision a need for a mobilisation similar to that during WW2 to make the changes needed. I love the boldness of it, because anything watered down from our demands is not going to be enough to avoid the impacts warned by science if we do not limit global heating to 1.5 degrees. I was extremely impressed by the organisation and loved some aspects of it although other aspects of its structure such as the decentralisation of power were quite alien to me.

For me, the essence of what causes global heating, exploitation of people and the land is all the same. It is the way our economic system views the earth and its people as a resource to be plundered and a constant need for economic growth above all else. XR encourages frugality… consume no more than you need and be content with that. There is also a freedom to this attitude. I am free from the need to own loads of stuff and free from the need to constantly earn more money to keep up with my need to buy more. 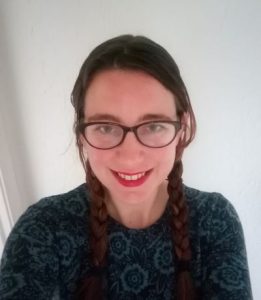 I love the Regenerative aspect of XR also. Members are encouraged to take care of their own needs and look after themselves. This in itself is a rebellious act against a system that expects us to work and hustle continuously to survive. Humans, like the earth, are not an endless resource to be plundered. A regenerative culture also emphasises the building of communities. Community is something that is sadly lacking in today’s world of individualism yet community is integral to our mental health. Individualism encourages over-consumption rather than borrowing what we need, and the notion that we must not be dependent on others. For example, each person will use and buy their own gardening tools, rather than borrowing them from others.

The injustice of the fact that global heating is something that is having a much more severe impact on the global south than the countries that benefited the most from industrialisation is really quite horrible. I feel passionately that we ought to empathise and care for others. Extinction Rebellion stands up for what is the right thing to do. It says that we have a moral obligation to stand up against climate injustice. Extreme weather, which is increasing year on year caused by global heating, causes death to people and animals. We stand against the inaction of the government in the face of this ecocide.

Extinction Rebellion have caused not a little controversy with their direct action tactics, for example by lying in the road to shut down areas of London. For me this is more than justified. Would they have received any media attention if they had not done this? No… they would have been the same as any other march that happens every day in London. This is an emergency is our message and so we act like it. Having difficulties with your commute is less disruptive than London being underwater!

We know that petitions and marches are not sufficient to make the change that we need to see. If we look at the example of the Iraq war we can see that record numbers of people petitioned and marched against military involvement and it still went ahead without the backing of parliament even. However we know from studies that all movements that have mobilised 3.5 percent of the population in non violent direct action have never failed to bring about significant change.