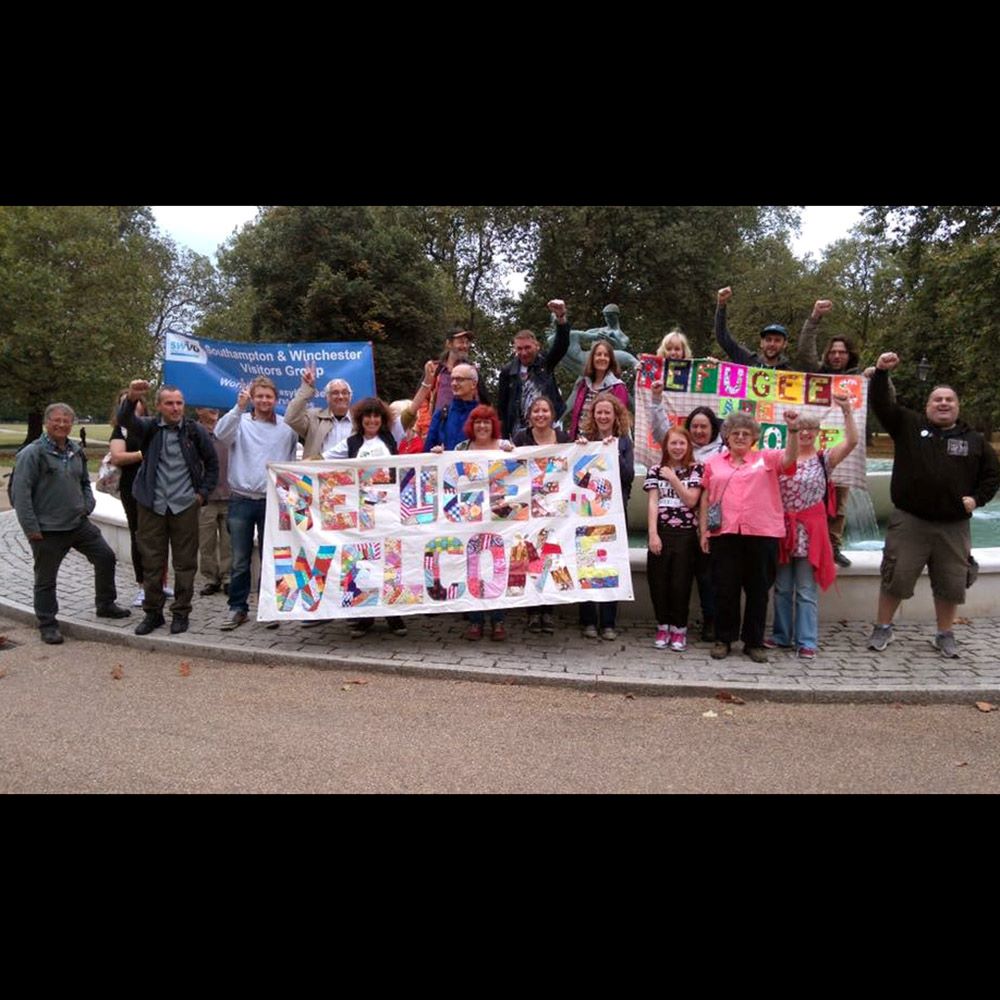 It was six in the morning when Lesley Sheldon-Browning and Nyala [name changed] left Southampton for a day trip to Liverpool about two years ago.

For Lesley, the journey had begun an hour earlier when she left her home outside the city to pick up Nyala on the way to the station. For Nyala, it was the latest in a series of journeys that started three years beforehand after she left Ethiopia to claim asylum in the UK.

The train journey to Liverpool, which took 12 hours, was in many ways unnecessary. Nyala, who was making a fresh asylum claim after having her first one refused, could easily have sent the papers to the Home Office by post.

But the Home Office insists asylum seekers making fresh claims appear in person at its Liverpool offices – regardless of where they are living at the time. For those in Southampton and other parts of southern England, this means a round trip of almost 500 miles for what is no more a cursory meeting lasting a few minutes.

Sheldon-Browning made the trip as a volunteer with the charity Southampton and Winchester Visitors Group (SWVG), which helps asylum seekers prepare their cases more thoroughly if an initial claim is refused. “It was a horrendous journey,” she recalls. “Nyala got really psyched up. She thought she was going to present her case and ready for an interview, but after two minutes it was goodbye!”

Asylum seekers have every right to make a second claim, usually after they have time to gather evidence properly. Nearly half (42%) of asylum decisions made by the Home Office are later overturned on appeal. In Nyala’s case the claim she submitted in 2017 was initially rejected and then overturned, meaning that she now has ‘leave to remain’ in the UK.

SWVG was set up about 20 years ago after some asylum seekers were found in Winchester prison. Volunteers began visiting them (hence the name of the group) and set up a charity to offer asylum seekers living locally practical support and, just as importantly, friendship.

Since 2016, the charity has spent more than £2,000 on sending asylum seekers to Liverpool so they can submit papers for fresh appeals – money that could have been used for food or clothing. Without SWVG’s support, it is highly unlikely people such as Nyala would be able to afford such trips, or even have access to a solicitor.

Since 2010 the ‘hostile environment’ for migrants, introduced when Theresa May was Home Secretary, has had a severe impact on asylum seekers. It means less legal aid, fewer English classes, charges for some hospital treatment and more difficulty renting a room from a private landlord (assuming a charity such as SWVG is willing to pay). Even people granted the right to remain in the UK can be denied access to benefits and other public funds.

Yet despite the hard-line taken by government, most asylum seekers are not placed in prison or detention centres. In Southampton, they are generally housed by the National Asylum Support Service (Nass) in specialist accommodation or, if they don’t qualify for state support, they may be offered a room in a hostel rented by SWVG.

Chris Stephens, who chairs the group, says the support it offers to asylum seekers is critical on many levels. On one hand, they are looking for friendship and guidance, including help in finding a GP or lawyer. At the same time, they may need help in tracing people so they can put together their case.

“It’s a long process. Finding grounds for a fresh claim that are provable can be quite difficult,” he says. “If the Home Office refuses to believe a person has been tortured or cannot return home, you have to provide hard evidence.”

In the case of Nyala, a mother with two young children, her second claim was initially refused because the Home Office refused to believe that she was at risk of torture in Ethiopia as she had not actively campaigned against the Ethiopian government since arriving in the UK.

Following legal aid cuts, just one firm of solicitors in Southampton deals with asylum cases. This is in spite of the fact that, along with Portsmouth, Southampton is a dispersal centre where asylum seekers are sent by the Home Office while their claims are considered.

SWVG is not the only organisation in Southampton that helps asylum seekers and refugees. Clear (City Life Education and Action for Refugees), based in St Mary’s, runs English classes and assist with casework, while the Red Cross helps in tracing family members, either in the UK or abroad.

Every Friday, the three organisations run a drop in centre for asylum seekers at Avenue St Andrew Church near Southampton Common. Southampton is also a city of sanctuary, meaning the council, businesses and other agencies are meant to welcome asylum seekers and refugees to the city.

SWVG has about 75 volunteers, 41 of whom are trained to act as ‘visitors’ for the charity’s clients. Others provide one-to-one English support or help with activities such as campaigning and fund raising.

At present, SWVG has about 40 clients from 30 different countries, notably Iran, Iraq and Zimbabwe. About half (including seven with children) receive financial support, while 10 have been granted leave to remain in the UK during the past year.

It is not all bad news. Since the Windrush scandal (when the Home Office wrongly tried to deport people who were in the UK legally), there has, says Chris Stephens, been a slight thawing of the hostile environment.

New asylum claims are more dealt with quickly (though there is still a large backlog of historic cases) and efforts are being made to improve accommodation for asylum seekers run for the Home Office by Clearsprings, a private contractor. “The Windrush scandal caused huge embarrassment and maybe changed the way the Home Office sees people,” he says.

Yet there is still a long way to go. For the past 12 months, SWVG has joined a coalition of national bodies, including Refugee Action and the Refugee Council, in asking the government to lift a ban on asylum seekers carrying out paid employment. Instead, it wants them to be able to work if claims are not dealt with after six months (as is the case in three quarters of cases).

According to Stephens, it makes sense for people to be able to work, rather than relying on state support or risking destitution, while awaiting Home Office decisions. It might also mean that asylum seekers feel part of the community more and perhaps meet others willing to offer friendship and support, in the same ways as SWVG.