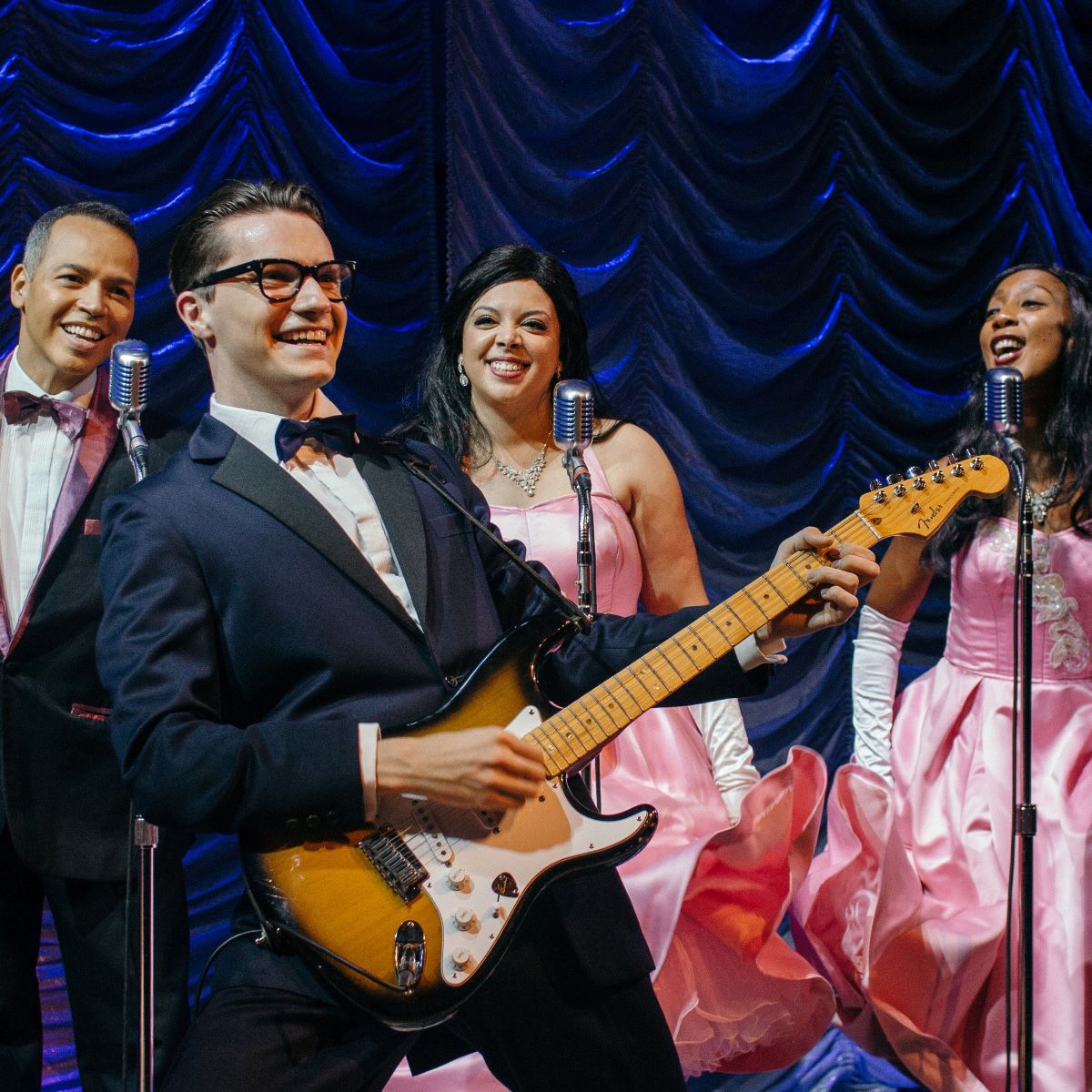 Rock and pop stars can spend a lifetime trying to make an impression on the American and British charts but Buddy Holly achieved all that and more before tragically losing his life aged just 22. Now, just over 60 years on, the music legend is still making an impact all over the world, as theatre-goers are witnessing at Mayflower Theatre this week.

Buddy – the Buddy Holly Story has earned a reputation as one of the most successful rock and roll musicals of its time and the Southampton theatre is one of the many lucky venues to play host to the 30th anniversary UK-wide tour. The musical tells the story of Charles Hardin Holly (aka Buddy), and brings to life the enduring tale of the musical icon’s meteoric rise to fame, right through to his final legendary performance at the Surf Ballroom in Clear Lake.

Theatre-goers at Mayflower Theatre will be treated to two different Buddys during the show’s run until January 11. The night we visited was the turn of AJ Jenks in the leading role and oh boy, did he put on a show. The performer, who takes on the role of Niki Sullivan when he’s not being Buddy, nailed the subtle nuances in the singer’s vocal style, hitting the full range that made Buddy Holly such a radio star. His physical performance also paid homage to Buddy’s style, with his beaming smile winning over the audience.

Fans will be pleased to hear the musical encompasses the full spectrum of Buddy Holly hits, including That’ll be the Day, Heartbeat, Raining in my Heart and, of course, firm favourite Peggy Sue. For me a stand out was True Love Ways, delivered with so much emotion from AJ Jenks. That said, some of the non-Buddy Holly tracks also made it into my favourites list. The musical is cleverly punctuated by other big hits of the time and, being a soul fan, Reet Petite and Shout had me doing my best (and failing) to stifle a dance in my seat.

Buddy – the Buddy Holly Story culminates in a high-octane reliving of the singer’s final performance, where there are guest appearances from the likes of Ritchie Valens and The Big Bopper and where the feel-good factor is turned up to ten. It perhaps makes it all the more poignant when the show ends with a reminder of just how young we lost such a musical inspiration.

But rest assured the show refuses to end on a melancholy note and the reprise will remind you that while Buddy Holly’s time on earth may have been short, his impact on music was huge.

Runs until January 11. Tickets at mayflower.org.uk