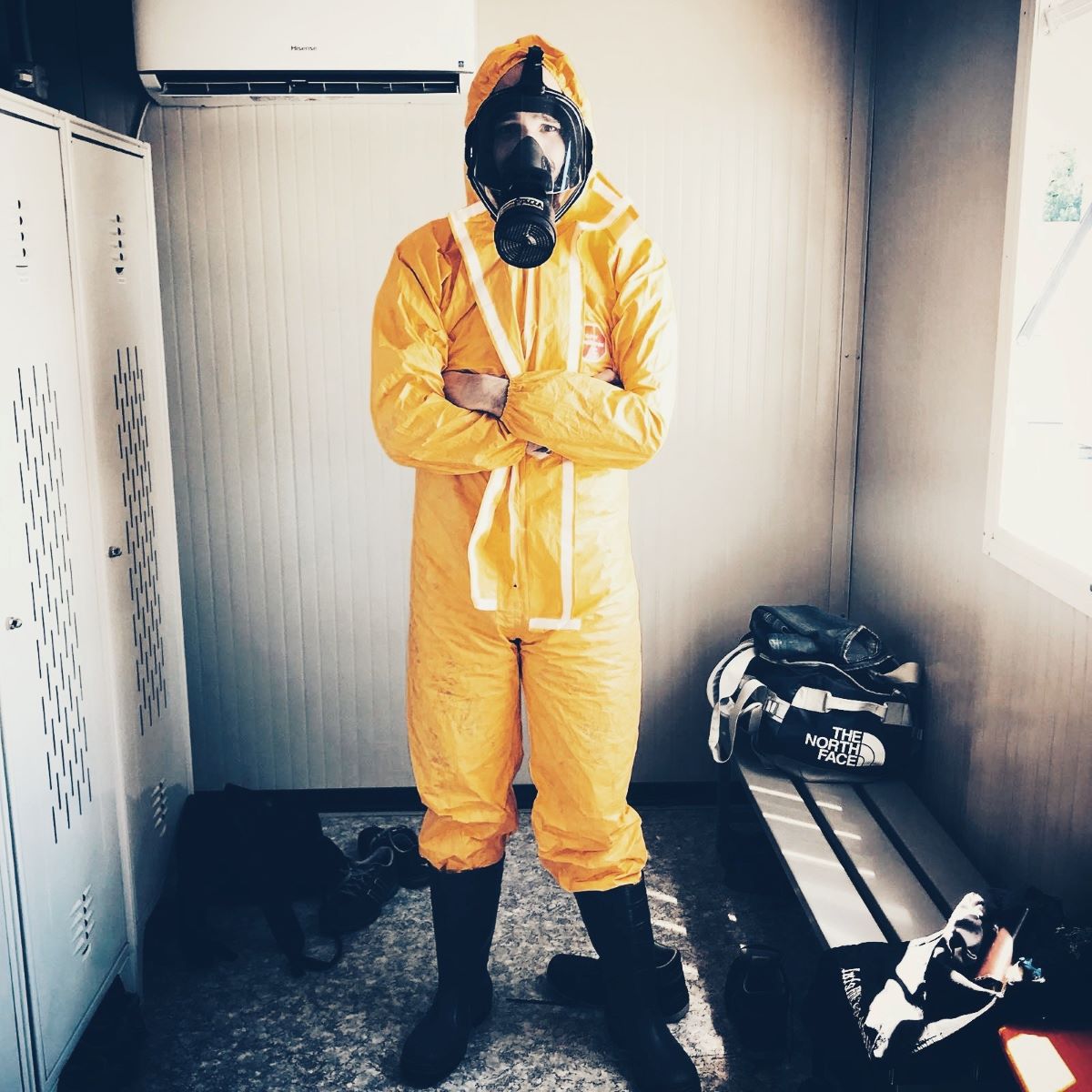 Notes from an Apocalypse is a work of non-fiction from prize-winning author Mark O’Connell. It begins with O’Connell reflecting on the depression that he suffered and which had, as it root cause, his consuming apprehension of imminent catastrophe largely relating to climate change.

After reading the introduction, I wasn’t sure I wanted to continue with this book, as I have my own neuroses to attend to without having to read about someone else’s. However, I decided to persist and was amply rewarded for my efforts.

In order to cope with his all-consuming fears, O’Connell decides to throw himself into the lion’s den and goes off on a journey to discover how other groups are preparing for the end of the world as we know it.  His travels take him to the U.S.A, New Zealand, the Scottish Highlands and Chernobyl. In the U.S.A. he meets “Preppers”; these are individuals who have a bag packed ready with essentials to survive so that they can decamp to the wild as soon as society collapses. Also in the U.S.A., he meets with a purveyor of real estate who is in the business of selling underground bunkers in a vast area containing nothing but underground bunkers. He also discovers that New Zealand is the chosen land of the super rich for when the apocalypse arrives and who are acquiring vast areas of land there, largely to the disquiet of the New Zealanders.

The individuals that O’Connell meets whilst carrying out his research mostly appear to have rather strange personalities but yet are rich enough to be able to indulge their own fantasy for survival whilst the rest of the world’s inhabitants perish. For example, he writes of a man who is determined to live forever using whatever therapies are available including regular blood transfusions from young people.

I found this book to be a revelation as I previously had no idea about the fantasies of the super rich elite as, indeed, why would I?  The subject matter could have made for very bleak reading but O’Connell manages to infuse his writing with wit and humour and,at no point, did I want to give up on the book.The common link between those who have the money and means to survive an environmental catastrophe appears to be their complete lack of regard for the rest of humanity. O’Connell makes the point, however, that the pure self-interest of those who would build bunkers beneath private land is not the way that humanity will survive the catastrophes that we face but, rather, the strengthening of the communities that already exist and, in this, I found considerable comfort.

One bit of advice that I would give to those who are about to read this book is to have a dictionary close to hand as O’Connell does have a tendency to include words which are not used in common parlance, for example “eschatological” and “orotundity”. Reading this book, however, has made me recognise that we all need to take climate change much more seriously and to stop burying our heads in the sand. I thoroughly recommend Notes from an Apocalypse and, if I had my way, would make the reading of it compulsory by law.