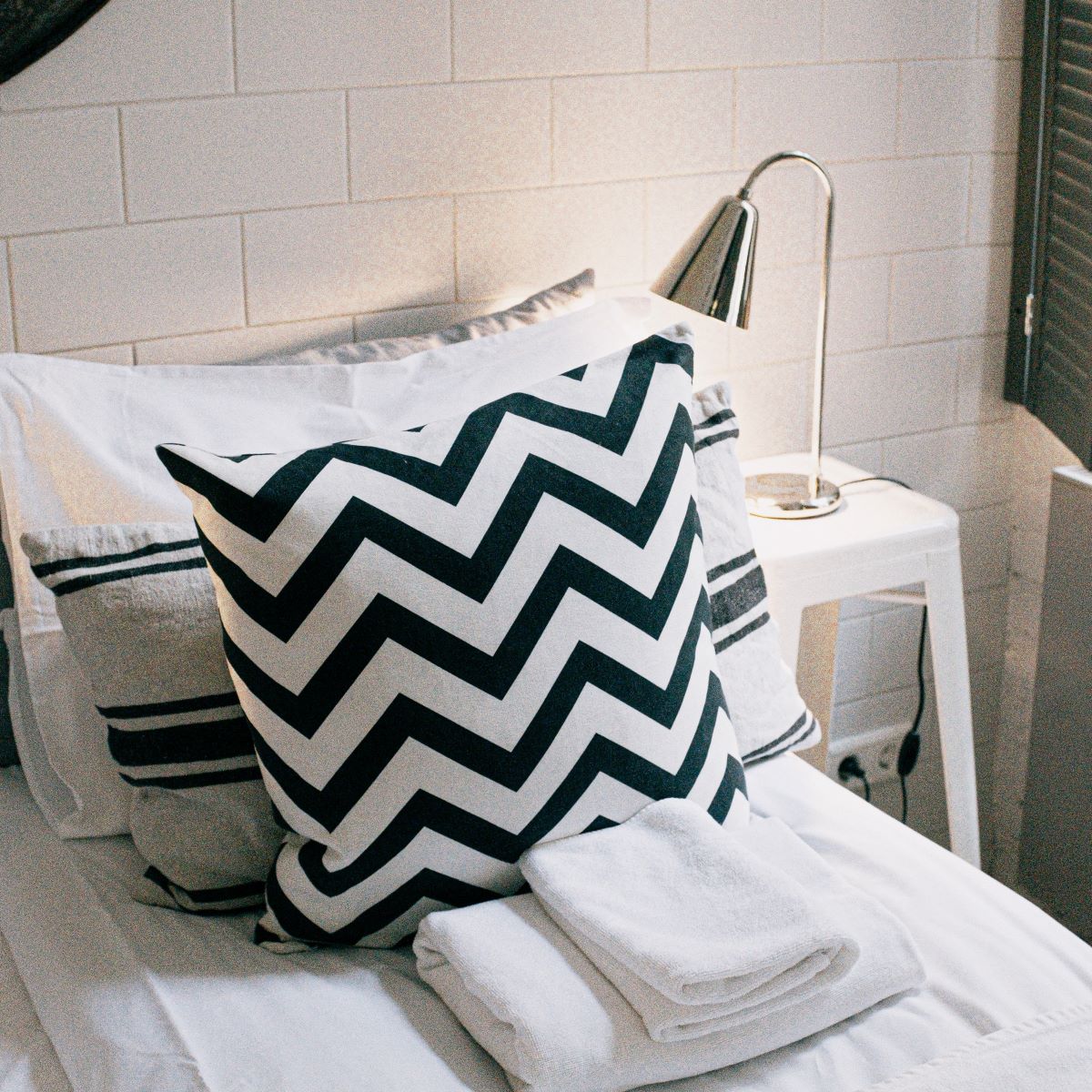 by a neurotic woman.

Last week I watched a short video on Facebook which, in the opening shots showed a man falling out of bed in the morning, slobbing around in an undressed state all day and who was evidently in lockdown, living on his own and depressed. The video then showed us his home i.e. his unmade bed, his table strewn with clutter and piles of washing up waiting in the kitchen. This was followed by an American voice over making the point that, if you can find the wherewithal to begin the day by making your bed, somehow it would set you up to tackle the rest of the chores around the home as a result of which you would feel much more cheerful.

We  watch as this man apparently has a Damascene moment; he makes his bed and then everything else seems to follow as naturally as night follows day. He gets himself washed and dressed, removes the pile of junk from the table and immerses his arms to the elbows by doing all the washing up. Sure enough, at the end of the video, he is evidently  a much happier chap.

I was very sceptical about this as, although I get the message that keeping on top of things  is a contributory factor to your mental wellbeing, it seemed unlikely that the mere action of making the bed in the morning would result in some sort of hormonal release that would then allow you to tackle all of the rest of the awaiting chores. However, it did get me thinking about whether I am letting things slide during this lengthy period of self isolation.

My life before lockdown was quite busy even though, officially, I am retired. This didn’t leave time for a leisurely approach to housework and, pre lockdown I used to cram all my chores into just two mornings but, now that I have a whole seven days to do the work, I am spreading it out a lot. I have always begun the day by making my bed so perhaps I was never in danger of lapsing into the state of the guy depicted in the video. However, at the start of self isolation, I had assumed that, with so much time on my hands, I might make a more thorough job of my chores or even, perhaps, enjoy doing them. This, of course, turned out to be completely incorrect as, having plenty of time to do the jobs, does not make them a more attractive proposition. I have, though, gained the ability to tackle a few extra jobs that previously I would have ignored almost indefinitely; so I have dusted the coving to get rid of any accumulated cobwebs,vacuumed my mattress to rid it of any dust mites and even moved a heavy chair in order to vacuum beneath it. My kitchen cupboards are still awaiting my attention but Rome wasn’t built in a day and lockdown is far from over – I am staying put until the data indicates it’s safe, or significantly safer, rather than going with a declaration from Boris Johnson, based on who knows?

What about other areas of my life at home? I am, by nature, an extremely tidy person. Many years ago when I used to watch Eastenders, it amused me to spot that every kitchen depicted almost invariably had an ironing board propped up against the kitchen wall. Through the years my ironing board has always had a home to which it is returned as soon as the job of ironing is finished and I think that the sight of an ironing board on display in my kitchen or any other room in my house would serve to depress me slightly. The same is true for most other things in my house, if the items have a home they are returned to it as soon as I have finished with them. As a result of lockdown, however, I have had to rethink this approach slightly (but only slightly). I heard anecdotally that there was a possibility of power cuts and so my stash of candles is stowed under the hall table ready to put my hands on should they be needed. I also keep a notepad and pen on the breakfast bar ready to jot down anything that I am likely to forget as a result of my more leisurely schedule e.g. “Put the bins out”. In addition the locked storm porch acts as my quarantine room for things that have come in from the outside world and which I would rather not touch for a few days although the lack of tidiness in this particular area doesn’t  impinge upon my consciousness in any way as, with the inner front door closed, I can’t actually see it.

How about my personal appearance? The guy in the video was not getting dressed or carrying out his daily ablutions. I shower, wash my hair and get dressed the same as I have always done. Having watched a different video on Facebook relating to lockdown, I did briefly toy with the suggestion of not washing my hair for several weeks to discover whether it did indeed start to take care of itself after a long spell of neglect. However, I haven’t so far been able to bring myself to do this. For a start, I have regular video chats with family and, whilst looking as if I need a good haircut is one thing, especially as most of us are in the same boat, having grubby locks is quite another.

My reflections on my household routines during the current  situation have enabled me to conclude that, if my mental health isn’t quite as it should be, it certainly is not attributable to the lack of care taking over my home or my personal hygiene habits. Who knows, perhaps the video was right, maybe my resoluteness in these areas is attributable to the fact that I begin each day by making my bed?