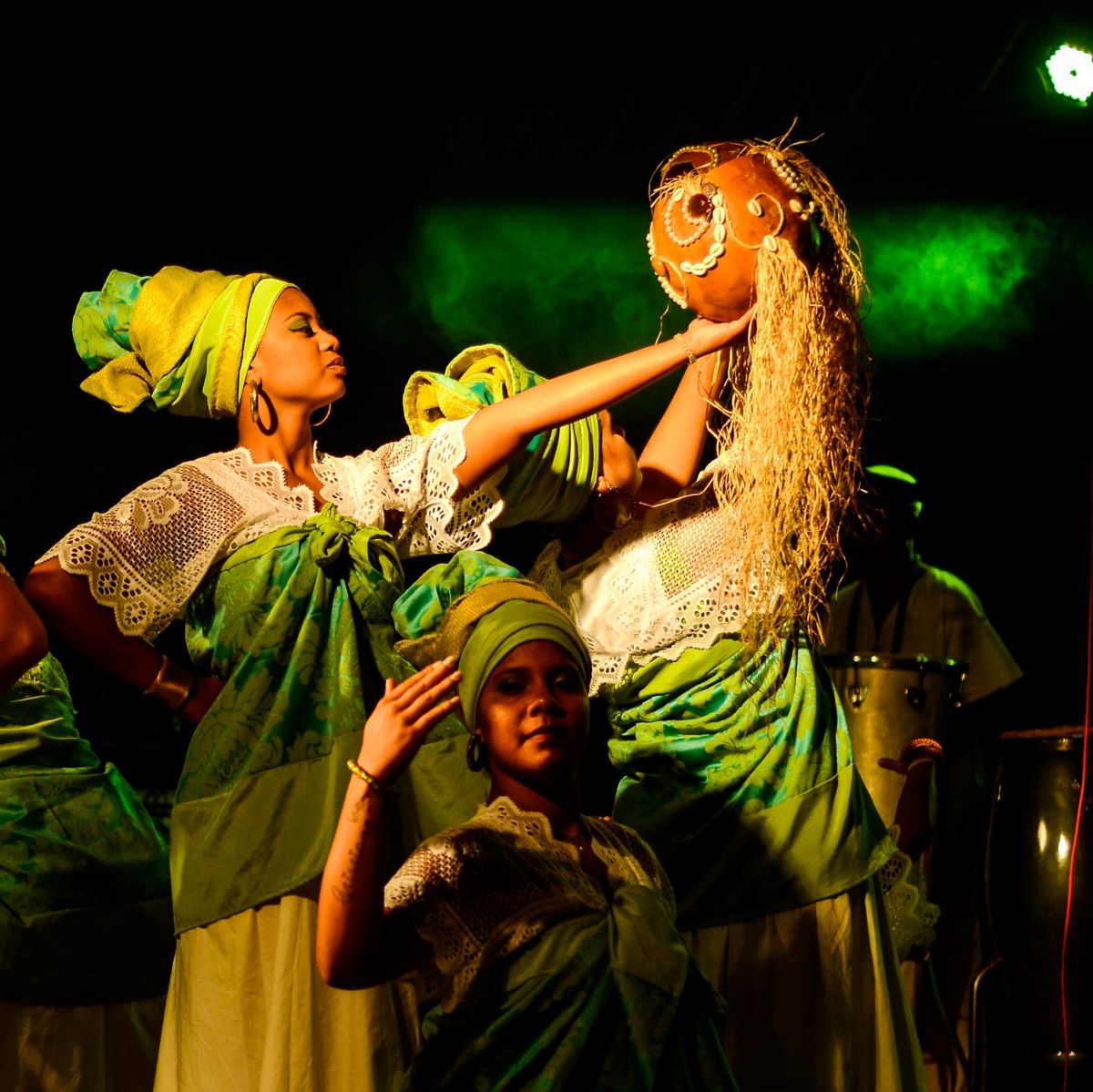 Freelance costume supervisor and maker Aly Fielden, from Southampton, shares the letter she sent to Oliver Dowden, the culture secretary, chancellor Rishi Sunak and Southampton Test MP Alan Whitehead. She wrote the letter ahead of last night’s announcement of a £1.57bn emergency support package to help protect the future of theatres, galleries and museums. She cautiously welcomes the announcement, but hopes that it supports smaller venues and companies without a fixed venue, as well as the ‘jewels’ and would like the government to look at opening theatres soon, if the companies can provide shows that can be both watched and performed safely, within the government guidelines.

My name is Aly Fielden. I have been a freelance costume supervisor and maker in theatre for twenty three years. I am currently trying to diversify my business to use my skills, to bring in an income, but like many of my colleagues, I have fallen through the gaps Mr. Sunak’s inadequate package of measures has provided. Unlike some, I am lucky to be eligible to receive some Universal Credit.

At the beginning of lockdown, I questioned my whole point of being here, my career, my usefulness. I work in a business that to my eyes offered nothing to society. I was not a medic. I was not a carer. I don’t have those skills. I looked for work, but despite the press saying that supermarkets and fruit farms were desperate for staff, I could find nothing. I then became scared of the virus and I found myself doing my best to keep my mental and physical health in check.

Hundreds of my colleagues in costume made scrubs, hats, bags, masks and headbands for NHS staff. My friend Sarah Bowern, who is head of wardrobe at English National Opera, raised £26,000 and she and her team made 1700 pairs of scrubs for London hospitals. I found myself unable to join in this drive because I was frightened about bringing anything into my house. 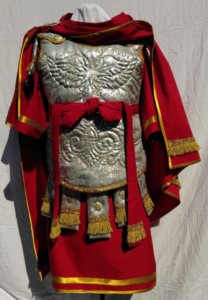 Unable to focus on anything, I decided to fulfil a promise I had made to a school teacher friend who had asked me for a costume. She wanted a Roman soldier costume to wear when she teaches her primary school class about Romans. I did as much as I could, which might have only been an hour a day, every day, taking my mind off the fear of the virus, giving me a focus. I delivered it to her two weeks ago. She is over the moon. She knows that she will be able to inspire her children more when she wears it. She knows that they will think that she is the coolest Legate that has ever taught them. Even though it was not a costume for theatre, I put as much dedication into it as I would had it been a costume for the Royal Opera House. I am excited that something that I have done will inspire seven year olds, using all the skills that I learned in my job. This is my life. This is what I do, and I do it well.

I have worked for many organisations in my career. I have worked for theatre in education. I have worked in regional theatre, I have toured and I have worked for privately funded opera festivals. I have worked on projects with minuscule budgets and amazing budgets. Both have been equally rewarding. I have also gone into prisons and worked with inmates, on projects which have culminated in public performances by a group of professional performers and inmates, together. Out of all the jobs that I have done, these projects have been the most fulfilling beyond any other. It is not about the show or the professionals. I have seen inmates change over a six week period, from introverted individuals who had to keep up a front to get through day to day life in prison, into people who worked as a group, that lost many of the prejudices that they had for their peers, looked out for each other and had a focus. I saw men and women who joined the projects thinking it would be an easy six week doss then realise that there is nowhere to hide in a rehearsal room, and they joined in reluctantly, then went back to their cells and sang all evening. I saw inmates reduce and eliminate their reliance on methadone and self harm because they had something to look forward to, and something joyous in their lives.

THIS is the power of theatre. It touches everyone who is involved. Children dance before they have any knowledge that it’s something people do, They want to paint. They want to sing. Some children and adults are not naturally wired to excel academically, but can achieve great things using their creative talents. They are being denied the chance to do this at the lowest levels of education. The arts contribute many things, some of which are frivolous and fleeting, but they also teach individuals to be outward looking and to care about their environments and each other. Strong, lifelong friendships are formed across class and wealth divides. Many people work long, anti social hours. They sacrifice time with families and friends to bring ideas to life on stage, screen, at concerts and in schools. I have lost count of the number of weddings I’ve missed, the number of parties I didn’t go to and the number of sports fixtures I’ve been unable to play in, all because I have been in a theatre. 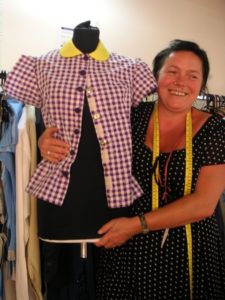 I am sure you have heard countless times this week about the financial contribution that the arts make towards the UK economy. I don’t want to quote it all back to you, because I am not an economist, and I would not like to get the figures wrong. Suffice to say, I see the audience in bars and restaurants before shows. I see a touring company out having a meal in a city they don’t know or in the local gyms, using the taxis and paying for digs or hotels. I pay money to my ice hockey club, which goes back to the sports centre which can then provide ice sessions for the local community.

The numbers of job losses in theatre that are being reported this week don’t show the full extent of the amount of people who are without work. For the 86 members of staff at the Nuffield in Southampton who were  made redundant last week, there are many other freelance staff who rely on theatres and events to make their living. All the freelance designers, costume supervisors, casual tech crews who do gets outs at 12am on a Saturday night, they are the ones whose jobs are not being counted. On Wednesday, there was a request for people to raise their hands and say if they had lost all their work. The count was over 1500 within five hours, and I suspect that this is the tip of the iceberg. If this was one single employer, it would be headline news.

We are an important part of society, and regardless of whether you consider us worth supporting or not, because we might be seen to be challenging the Conservative political stance, we should be recognised as contributing enormously to UK life. We will never make football fans want to come and see Shakespeare, but we might help their bullied daughters find a voice through a drama club and go on to inspire their own pupils after training as teachers, or their sons learn how to use a mixing desk to make music and find a career that enables them to educate their own sons and daughters better.

You will never make people change their choice of vote by denying them their right to have a career in something you don’t agree with. You will never stop people from wanting to be creative. They will continue to create magic whether the end goal is the Albert Hall or the busking spot on Waterloo station. I have never been a Tory voter, and I will never be a Tory voter, so you aren’t losing me, but you are losing the supporters you have, who have been excluded from receiving any financial help and the Tory supporters in the arts, who have suddenly found their political choice is a bad one. I have seen life long Tory voters declaring that they would rather spoil their vote than vote Conservative again.

By ignoring the arts, you are making UK society less rich and varied. Art and creativity is everywhere, from board room role play to designing the bank notes we all have. Society is becoming homogenised and corporate with no room for individuals to contribute.

I hope that you will do what is needed desperately, and support our massive industry financially and with definite direction, enabling theatres and venues to open as soon as possible, with safe measures in place. Many venues are ready to do this, but are being denied that possibility, especially outdoor venues such as The Minack in Cornwall. Stage managers excel at organising and facilitating, They have done things before you’ve even known you wanted it doing. They are skilled at making sure people are in the right place at the right time and can put safe working plans into action. Audiences are not going to be compromised by alcohol, unlike many pub goers. They will be further apart than the people sitting on planes. There are options of one or two handed plays, concert performances where actors or singers or musicians don’t come close to each other. Arts companies are ready to do this.  I hope that you will have some courage to go beyond backing what is perceived as the new opium of the people, in sport, gambling and alcohol.

I love what I do and I love seeing the awe on a child’s face seeing Peter Pan flying or a teenager overcoming nerves and lack of confidence to play Hamlet on stage. 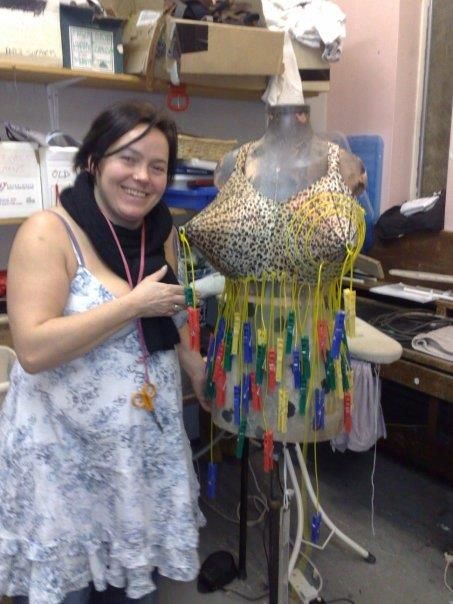 Aly Fielden was wardrobe manager at the Nuffield Southampton (which was recently forced to close, having gone in to administration in May)  for twenty years between 1997 and 2017, but always on a zero hours contract, so was able to work for many other companies over the years.  She wrote the above letter at the end of last week, after seeing other parts of the lockdown being eased, but getting only a vague indication from the government about when theatres can open, despite many organisations being ready to put on socially distanced productions and having more than enough staff experienced enough in crowd wrangling, seeing hundreds of her colleagues being suddenly left with no career at all, with many of them ineligible for grants, SEISS or UC help, and then hearing about job losses in other sectors and news of theatres around the country making staff redundant.