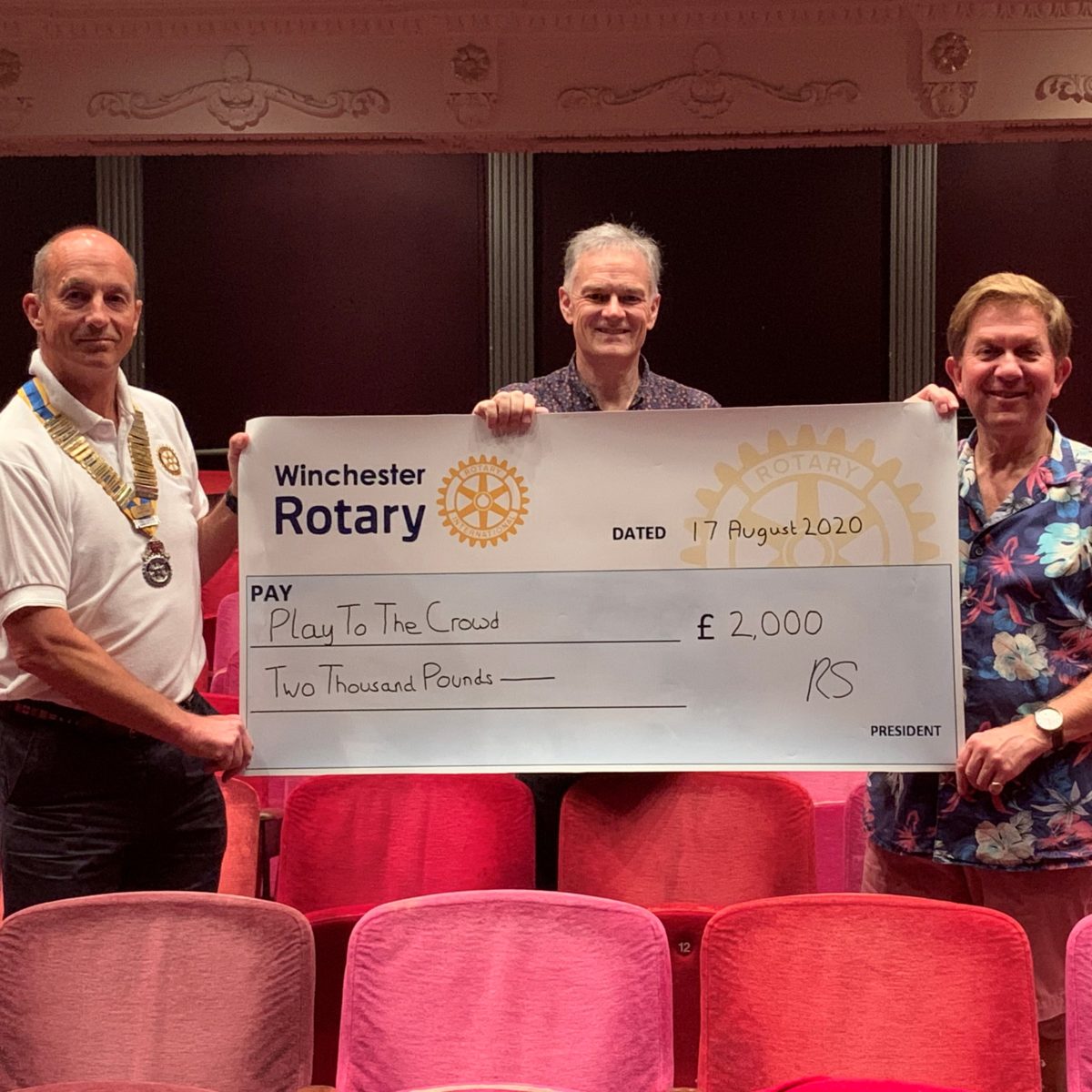 The Survival Fundraising Appeal of Play to the Crowd – the arts and education charity which runs Theatre Royal Winchester, Hat Fair and Playmakers – this week received a boost from of Winchester Rotary as they contributed £2,000 to the campaign.

Deryck Newland, Chief Executive, said: “We’re delighted to receive this generous contribution to our Survival Appeal from the Winchester Rotary. We are extremely grateful to the Rotary community for their support at this challenging time. We are thrilled that they have recognised the impact we make as a charity to our local community – both on and off the stage. “

Play to the Crowd launched its Survival Appeal last month – the charity needs to raise £225,000 by September to survive beyond the Covid crisis. Last week they announced that the charity had reached the milestone of £150,000 in their fundraising efforts.

Richard Spalding President of Winchester Rotary, said: “We are delighted to support Play to the Crowd’s Survival Appeal. We have a long and happy relationship with Theatre Royal Winchester as they have hosted many of our events over the years. We were also keen to support the charity for their impressive outreach community work.’”

Donations to Play to the Crowd’s Survival Appeal can be made via its Crowdfunder page www.crowdfunder.co.uk/playtothecrowd, via cheque (made payable to Play to the Crowd) and sent to Theatre Royal Winchester, Jewry Street, SO23 8SB or call Theatre Royal Winchester’s Box Office on 01962 840 440. For further information contact Becca Moore, Fundraising Manager on becca@playtothecrowd.co.uk.

In order to help raise funds the theatre’s Cafe Bar has reopened, opening Monday to Saturday 10am – 3pm. An outdoor seating area has been created on Tower Street and Covid secure measures have been put in place. The Cafe Bar is also taking part in the Eat Out to Help Out scheme – Monday to Wednesdays in August.