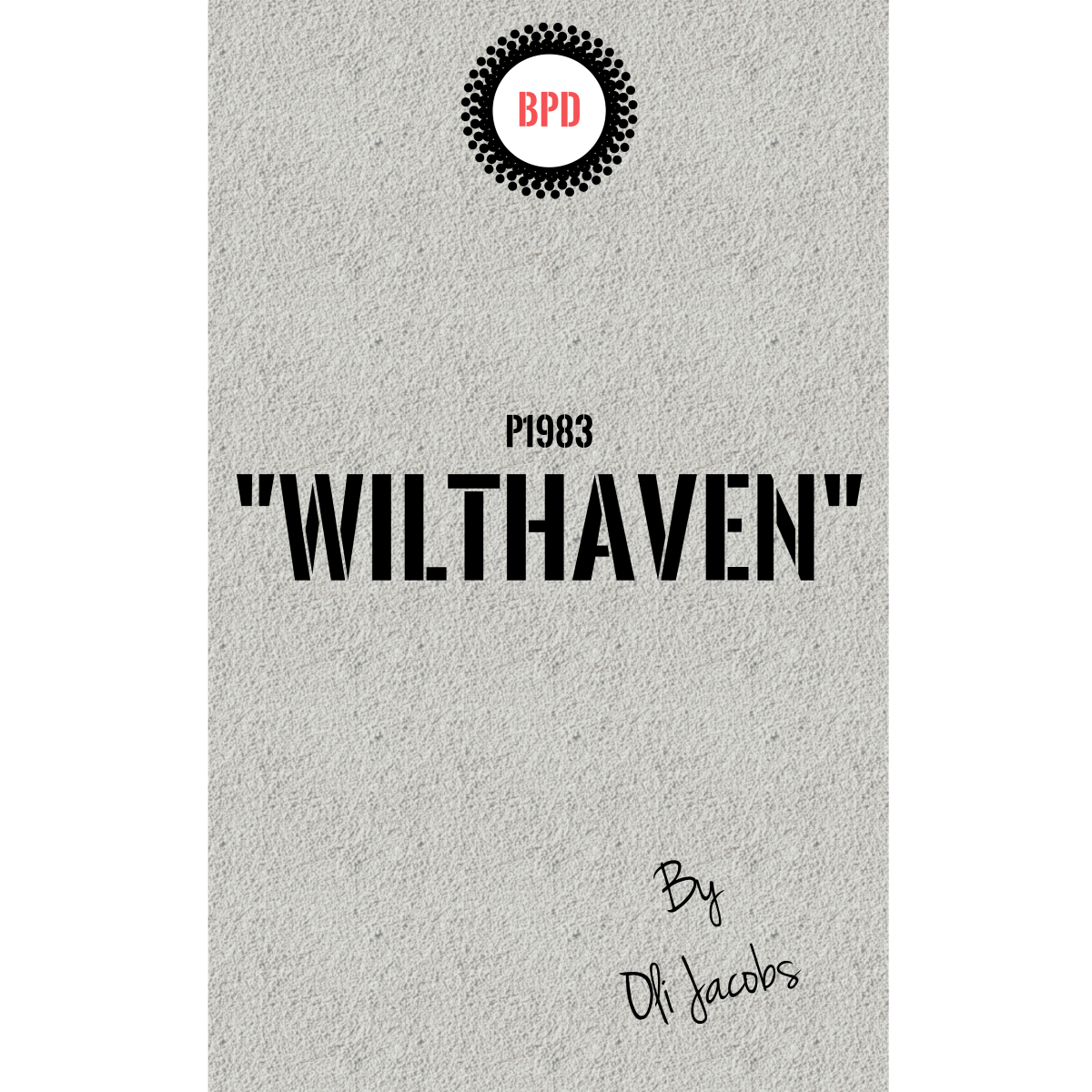 Every now and again, a book comes along that, once finished, you put down, take a deep breath and think “What the *bleep* have I just read?”

This isn’t a bad thing.

The premise of Wilthaven is classic: other dimensions and realities rub against ours, and sometimes objects or people break through. Wilthaven is in one of those dimensions. It looks like a traditional English town, but somewhere around the periphery, something is very wrong. It is the job of the Bureau for Paranormal Discoveries (BPD) to retrieve these objects and catalogue them. Wilthaven is a potential threat, but the BPD doesn’t quite have a handle on what that threat might be. A simple premise exceptionally presented.

Wilthaven is told not through a direct narrative, but documents that refer to the story. There are letters, minutes of meetings, postcards and even a memoir by one of the key players. It is incomplete with entire chapters missing. This turns out to be something of a masterstroke. The events in the missing pages are likely to be more horrific in the imagination than if explicitly described by the narrator.

The pages that exist (in this dimension, anyway) reveal an ever-present threat of cosmic horror, annihilation, and vistas of non-Euclidean geometry. This immediately put me in mind of H.P. Lovecraft, more so when one of the characters shares two-thirds of a distinctive Lovecraftian name. In the Mayor’s travels in the world beyond, William Hope Hodgson – particularly The House on the Borderlands – looms large. Mercifully, Lovecraft and Hodgson’s overwrought and hysterical prose styles are replaced by something far more approachable.

What is particularly interesting are the oblique discussions about the nature and acceptance of everyday evil. If the existence of evil allows for a good life, is it really evil? People disappear, people are killed, and the town is pretty blasé about it. The victims knew the rules of Wilthaven and were aware of the consequences that transgressing these rules would elicit. Their disappearance or death, however unfortunate, is entirely their fault and they are not to be mourned.

Wilthaven is wholly entertaining, original, and audacious. It doesn’t spoon-feed and makes you work for a conclusion. It is dizzying and designed to catch you off guard. It blurs realities eliciting a feeling of paranoia and detachment. It’s the closest we’ll get to a real-life Sutter Cane novel and all the better for it.

Independently published in May 2020, available to buy from Amazon and more information is available directly from the author’s website.