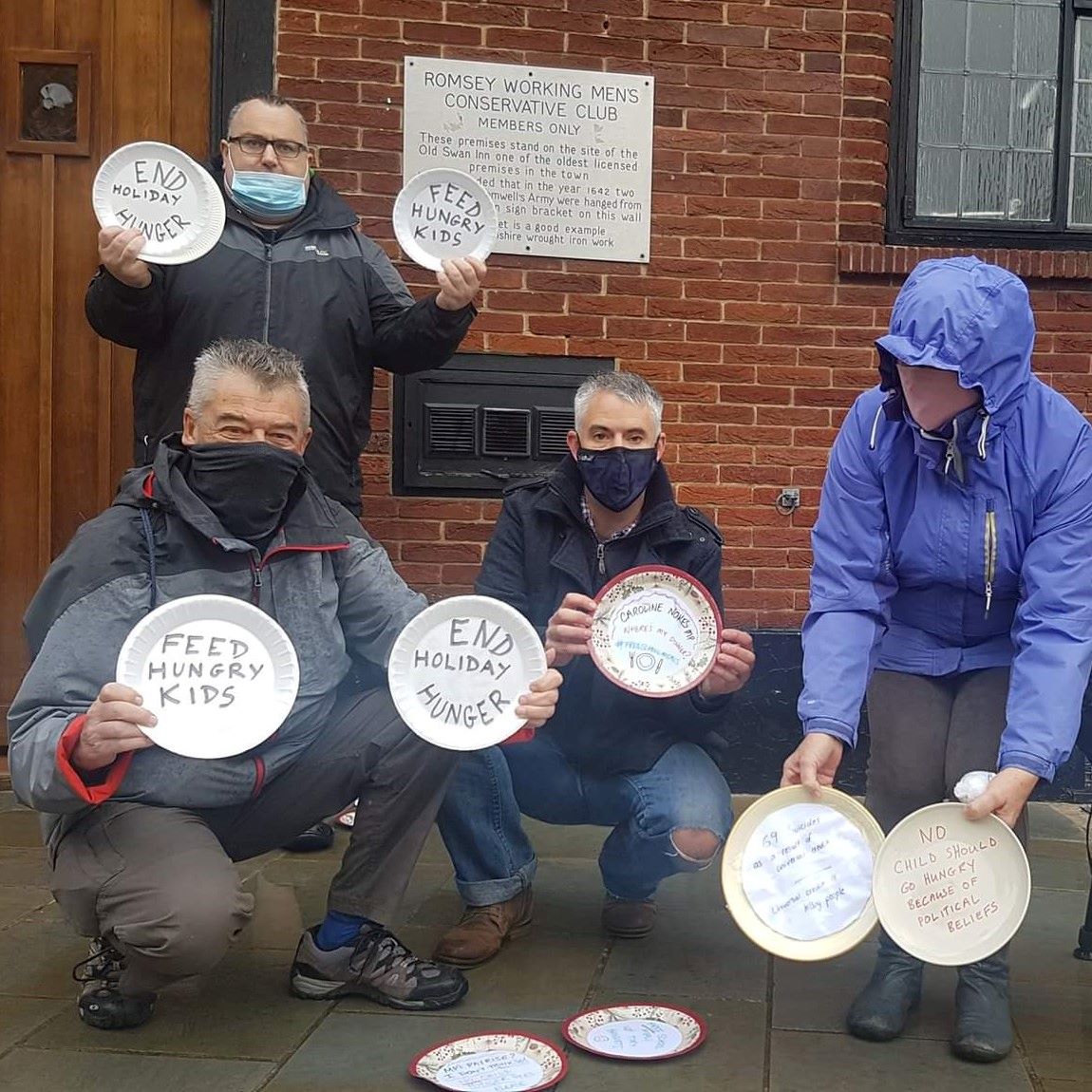 Campaigners left empty plates outside the office of Romsey and Southampton North MP, Caroline Nokes, after she voted against free school meals.

A number of protestors from the local Labour party members, teachers and residents left 50 empty plates outside of her office, in the Market Place, posting ten of them through the letterbox. The protest held last Sunday (November 1) was a response to the MP rejecting the vote for the extension of free school meals over the holidays for children living in poverty, which took place on 21 October.

The vote in the Commons saw 322 Conservative MPs reject a motion which was backed by 261 Labour MPs – a majority of 61 for the Government.

One of the eight protestors, Heather Butler, said that they held their protest to “highlight child poverty” in the hope to change the minds of the 322 Conservatives, which also included Southampton Itchen MP Royston Smith, who voted against the provision of free school meals during the holidays for disadvantaged children.

Heather explained: “We were disappointed that our MP had not voted with the other five Conservative rebels for the funding of free school meals in the holidays during the pandemic. We had seen empty plate protests in several other constituencies and thought it would be a good idea at the end of half term to highlight child holiday hunger and keep the issue alive.”

The free school meals vote would have stopped more than 5,000 children going hungry in Romsey and Southampton alone, based on figures shared by the Unite South East Region. Across the nation, it would have seen the Government providing free school meals up until Easter 2021, which could have benefitted 1.4 million children and their families.

Heather added: “I think we have all been inspired by Marcus Rashford’s campaign and the generosity and concern it has inspired in people and local businesses. But child hunger is not something that should be addressed only by individual benevolence. It is the government who should look after the most vulnerable people and most of all children.”

On social media, constituents asked questions on why MPs expenses are regularly increased, especially when people are struggling. One wrote, ‘What you need is a long-term sustainable solution and ‘a sticking plaster’ – children need meals now – poor nutrition leads to poor health, and that will cost far more than vouchers.’

When In Common reached out to Caroline Nokes for comment, no response was given.

The protestors were hopeful that such protests  would ‘persuade the government to provide support for meals over the Christmas break’.

Since then, the Government has climbed down on the issue, and has announced that it will spend more than £400m to support poor children and their families in England.  A winter grant scheme, to be run by councils, will provide support with food and bills, and a holiday food and activities programme is to be expanded.

Announcing the support package, Work and Pensions Secretary Therese Coffey said: “We want to make sure vulnerable people are cared for throughout this difficult time and, above all, no one should go hungry or be unable to pay their bills this winter.”

Shadow education secretary Kate Green said Labour had been campaigning for such a change. “This should have been announced weeks ago to help the children at risk of going hungry over half term,” she said, adding that a long-term plan to tackle child poverty was needed. 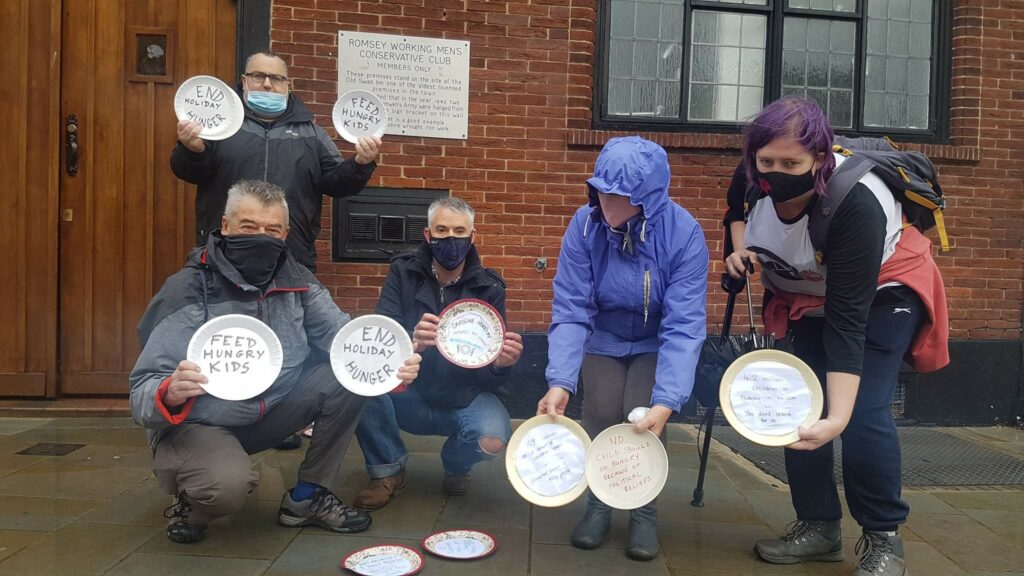