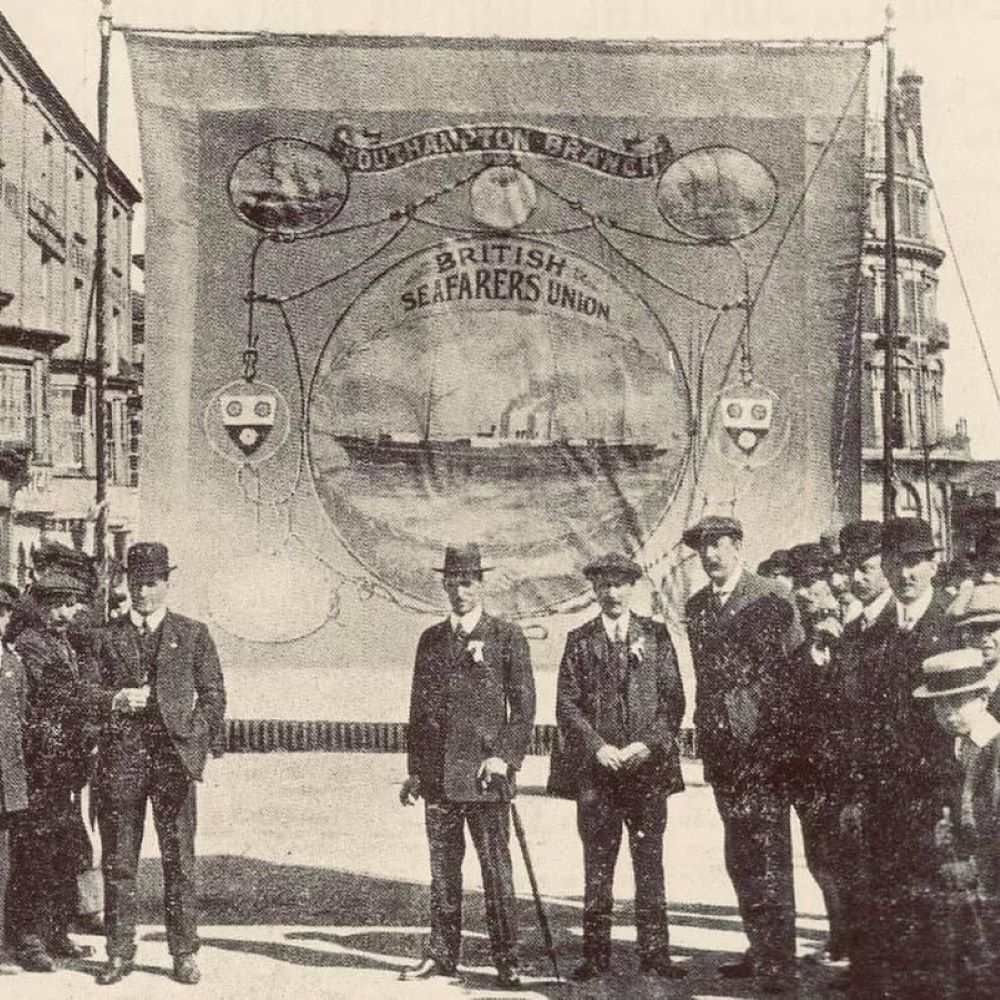 Thomas ‘Tommy’ Lewis (1873-1962) was born in St Mary’s, the son of a dock worker from Jersey. At the age of eleven he became an apprentice watchmaker. From an early age he was involved in the emergent local and national labour movement. In 1901 became Southampton’s first Labour Party councillor, representing St Mary’s Ward. He helped form local branches of the Dockers’ Union, the Ship Stewards’ Union and the National Sailors’ and Firemen’s Union.

He was instrumental in forming the breakaway British Seafarers’ Union, of which he became the honorary President. Tommy played a small part in the story of the crew of the Titanic who survived its sinking in April 1912. These survivors travelled from New York back  to Plymouth aboard SS Lapland. The Board of Trade intended to detain them allowing no contact with families or press until depositions had been taken from them all. 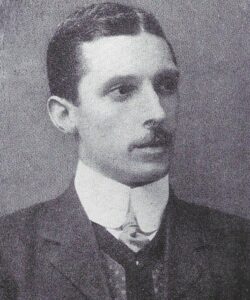 Tommy Lewis and Arthur Cannon of the Seafarers Union were refused access to the crew so they hired a small boat and, speaking through a megaphone, instructed them to say nothing until they had union representation and the Board of Trade backed down. The two trade unionists organised their return to their homes mostly in Southampton. Tommy also represented trade union members at the British Investigation into the sinking.

Tommy stood unsuccessfully as a parliamentary candidate for Southampton in elections in the early 20th century, before being elected in 1929. He lost his seat in 1931 but remained active in local politics becoming a permanent member of the Emergency Committee during World War 2.

Tommy was elected once more in the Labour landslide of 1945, at the age of 72. He retired from national politics in 1950 and received a CBE in the same year. He served on the Southampton town council for sixty years, becoming an Alderman and an Honorary Freeman of the borough. A commemorative portrait plaque was erected in the Civic Centre.  Thomas Lewis House in Empress Road run by Southern Health NHS Trust and a block of flats in Kingsland built in 1953 are named after him. In his later years he lived at 66, Alma Road which has a Bevois Mount History group blue plaque.

His colleague Ralph Morley MP (1882 –1955) has Morley Close in Bitterne named after him. He and Tommy were elected as the first Labour MPs for the two-seat Southampton constituency in 1929. Both lost their seats at the 1931 general election, having been among the Labour MPs who refused to follow the Prime Minister and Labour Party Leader Ramsay MacDonald into a coalition with the Conservatives. This coalition National Government was formed in response to the world economic crisis following the Wall Street Crash of 1929.

Morley and Lewis were returned as MPs in the Labour landslide at the 1945 general election. When the two-seat Southampton constituency was divided into Test and Itchen at the 1950 general election, Morley was returned for the new Southampton Itchen constituency. Morley had taught at Sholing Boys’ School and he is commemorated in local schools by the Ralph Morley Essay Competition.

The route of the proposed M272 link road connecting the M27 to central Southampton was argued over for many years. It was meant to be similar to the M271. Finally a non motorway standard road was built and named Thomas Lewis Way.

A street party in the new, empty road was held on 24th August 1988. There was talk of breaking the Guiness World Record. It was hoped 10,000 would turn up but in the end only several thousand attended on an inclement day. The record was retained by Oxford Street in London who had 5,500 people.