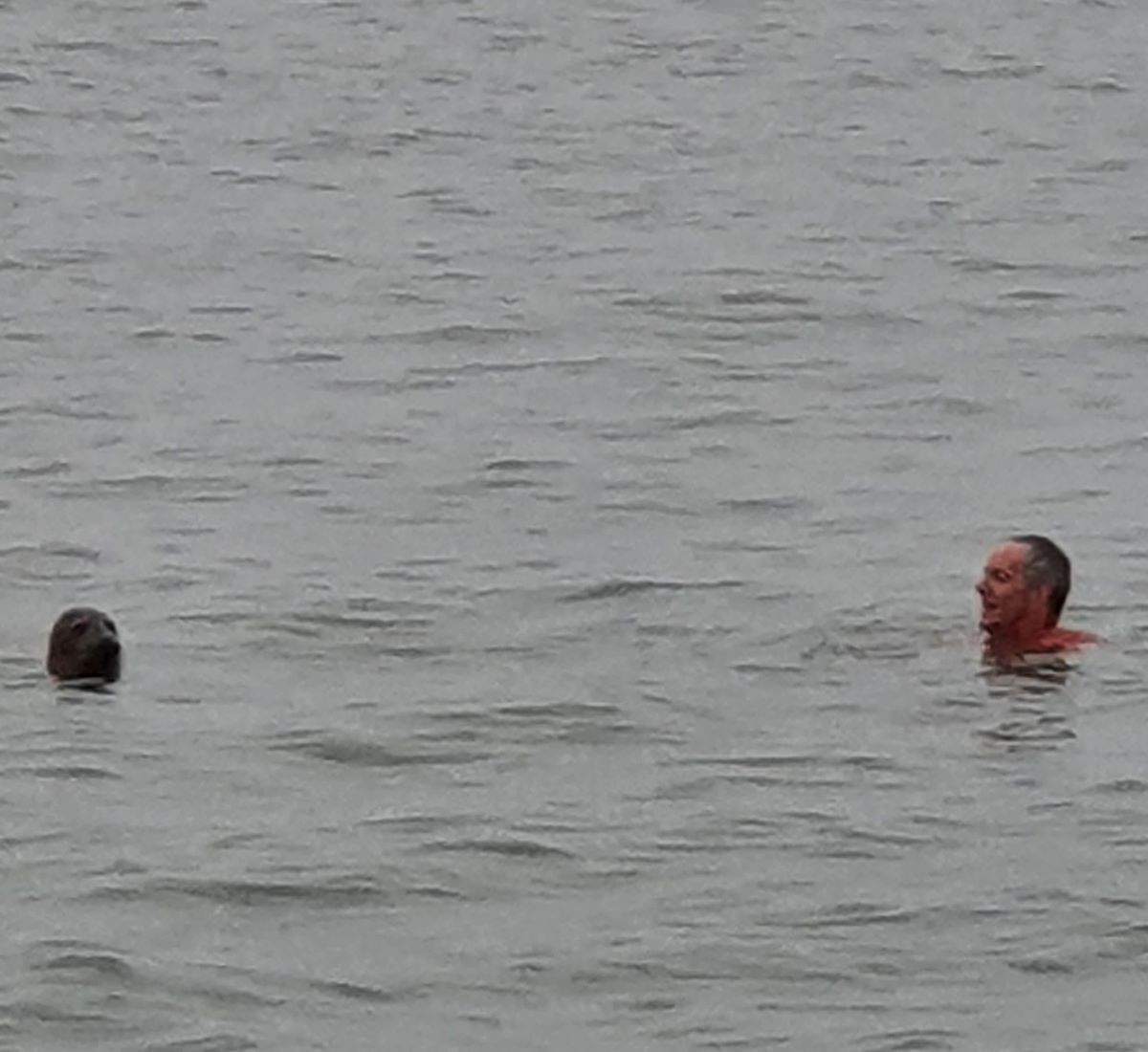 A keen swimmer from Hampshire found a new friend when taking a chilly dip at Lepe in the New Forest yesterday, when he was joined by a seal. Chris Balcombe has taken to wild swimming on a daily basis since the first lockdown but this is the first time he has found local wildlife showing an interest in him.

“It was cold and grey at Lepe as I went in for my daily swim, and not at all inviting,” said the professional freelance photographer.

“After making my way, as fast as possible, out to a marker buoy, I began swimming back. I noticed a family on the beach waving and pointing, and assumed they were just being friendly. I then felt something brush by my legs and stopped for a moment. Turning around, I came face to face with a seal, gazing at me. Apparently, the family had been watching it following me closely as I swam back to shore. The seal continued to stay with me, diving under and investigating my feet, arms and legs (I don’t wear a wetsuit) and gently nudging me curiously, popping up frequently to stare at me. It was a great experience which I’ll never forget.”

The encounter was caught on camera by Chris’s sister, Jeane, and also by Collette Sharp from Southampton, who had taken her three children for a walk with her mother when something caught their attention. 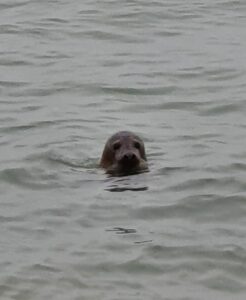 “As we kept looking we noticed it was a seal,” she said. “We followed it until we saw a man swimming. The next moment, the seal popped up next to him, then followed him back as he swam to shore.

“He wasn’t aware of this at all until he was close enough to hear us shouting ‘look behind you’! The seal then played for ages alongside the man who was freezing, staying still so long but he popped his head up had a good look then back under and popped up the other side.

“We couldn’t be more grateful for being there at that time and the lovely man enjoying it as much as us, with him getting colder and colder.

“The seal then came up really close said a good ‘hello’ as the man got out. It then popped back under then up for a last look around then off it went.

“This experience has been one of the best I have had, and definitely my children’s best, over the last year, and to end the home schooling take two journey with this is amazing.

“The children have told everyone and haven’t stopped talking about it. it will be something we all remember for the rest of our lives. We visit Lepe at least once a week, if not more, for a walk a paddle or a bite to eat now we can add seal watching to the list. The children’s happy place is even more their happy place now!” 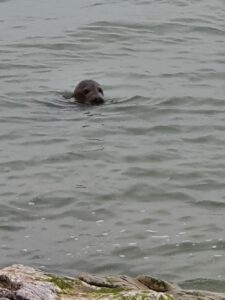 Seals are often spotted off the coast at Lepe, but it is rare to see them swimming with people.