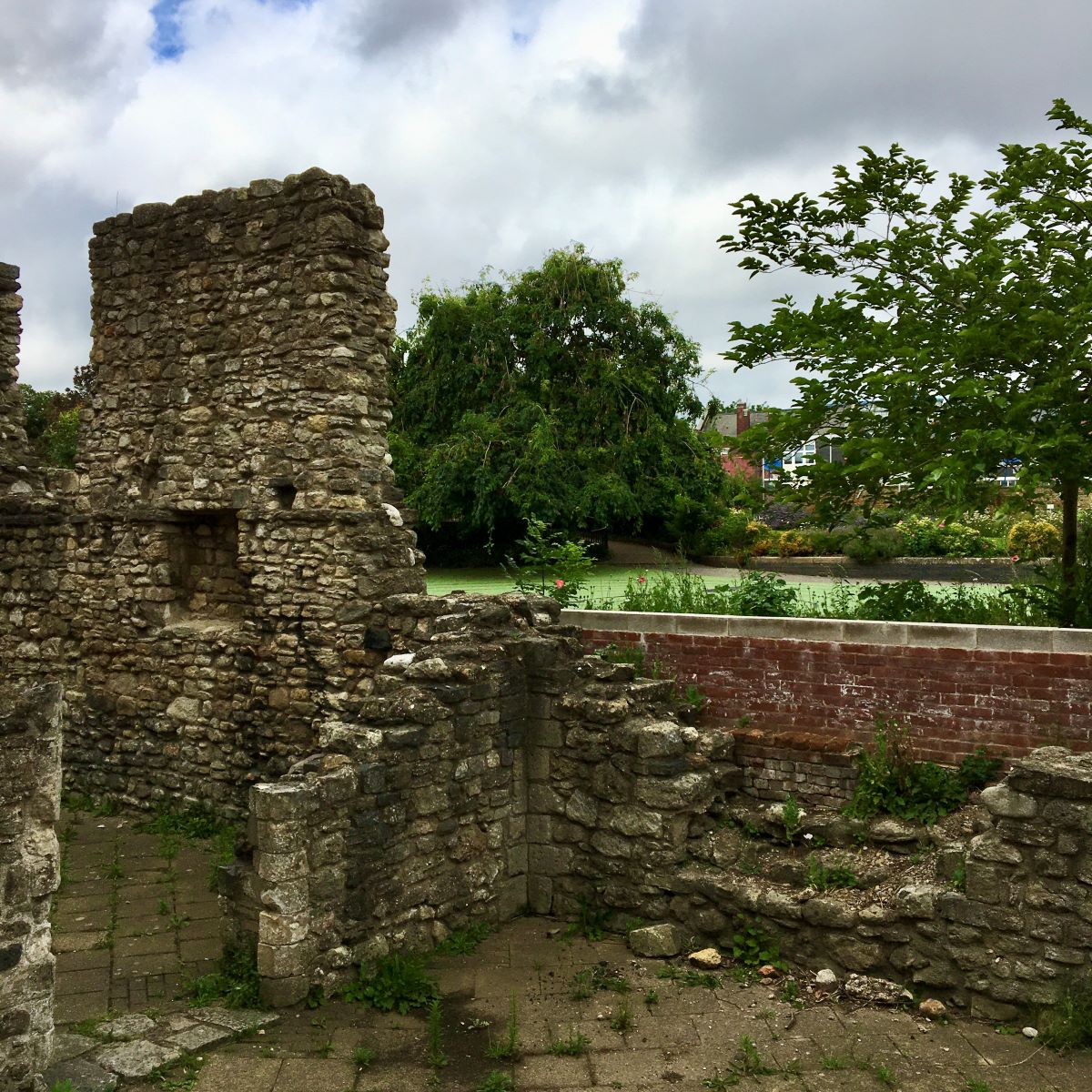 Parks and boats are a staple of life in Southampton. This wander will show you the best the city centre has to offer. No longer must you choose between waves and flowers. Here you can enjoy both. With a bonus of some historical sights as well. 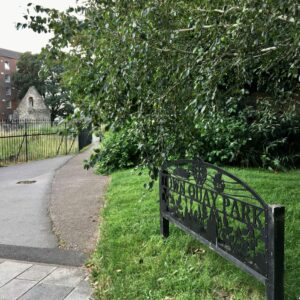 Sandwiched between the High Street and French Street, before you reach the Town Quay thoroughfare, you’ll find Town Quay Park. It’s a hidden oasis bursting with greenery and colourful blooms.

These gardens are a delightful mix of sections. I don’t know about you, but I love a park with distinct areas; it’s like trekking through The Crystal Maze zones. There’s the wildflower path, the lawn with exuberant borders, steps down to walled garden, the quiet Huguenot memorial garden – Southampton as a sanctuary for refugees is far from a recent development – and then the softly padded squishy green maze that invites you to run in circles. If running isn’t your thing, take a seat at one of the benches (or sprawl on the grass with a picnic) and enjoy.

Nowhere else in the city can you sit amongst such flora whilst listening to the calling seabirds accompanied by the singing of the ships so nearby. And then there’s the towering stone structures that keep you company in the garden: a palace, a vault and a gate. It’s amazing to think about everything these 800-year-old buildings have seen.

The park is enclosed on the southern end by the imposing ruins of Canute’s Palace. Neither a palace nor belonging to the mighty king, this was once a Norman merchant’s house. Cross the threshold and walk in the footsteps of history. You can read more about the details on the boards or from the Friends group, but sometimes it’s enough to walk where people stood and to peer through windows where others once saw their world. 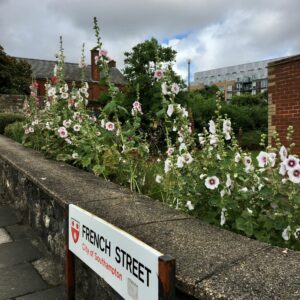 Leave the park to seek the shore. A skip over the main road will bring you to Town Quay. There’s been a quay on this site since the 15th century and the pier has hosted horse trams and trains. Nowadays it’s still a transport hub but for ferries. If you still have itchy feet by the end of this walk, you could extend your adventure over to Hythe or even the Isle of Wight.

Once you pass the offices and ferry terminus, the pier opens up to a car park. Not the prettiest sight, but look outward. You can walk the edge, hugging the rails to view life on the waves. Southampton Water is never quiet and here you can watch all the activity up and down the River Test on the verge of it joining the Itchen. Wave at the passengers on the Red Funnel ferries, stand in awe of the liners, squint into the sun at the sailboats, smile at the tugs ready for action.

On opposite shores you can spy the industry of Fawley and by casting a look back at our fair city, spot the remnants of the Royal Pier as well as the excitement of Mayflower Park.

Even on the planks of the pier there is action. Albeit mostly of the sedentary variety. A good fishing point, you’re bound to pass some folk with rods set up in hopeful anticipation. Find your own spot away from the fishing and set up to watch the show. It’s different every day. Forthcoming Cowes Week will bring its own colourful flavour of buoyancy.

A safari is often best when you stop and observe. Both the park and the pier of Town Quay offer perfect locations for this very pursuit. Who knows how many people in the decades and centuries before would have been doing the same? Make your own place in watching the life and history of Southampton. 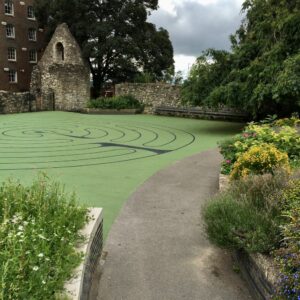 Cost: Free entry to the park and to access Town Quay. Parking costs on the pier and for any refreshments.

Accessibility: Accessible paths around the park and along Town Quay. The A33 runs between these two sites for access via car or by many of the buses that pass this way. Town Quay is also available from the Hythe Ferry or either of the Red Funnel routes from the Isle of Wight.

Facilities: Plenty of places for sustenance: Starbucks and Sainsburys adjacent to the Red Funnel terminals as well as Ennio’s, La Regata, Bistro Baristo and the Platform Tavern for more substantial supplies. 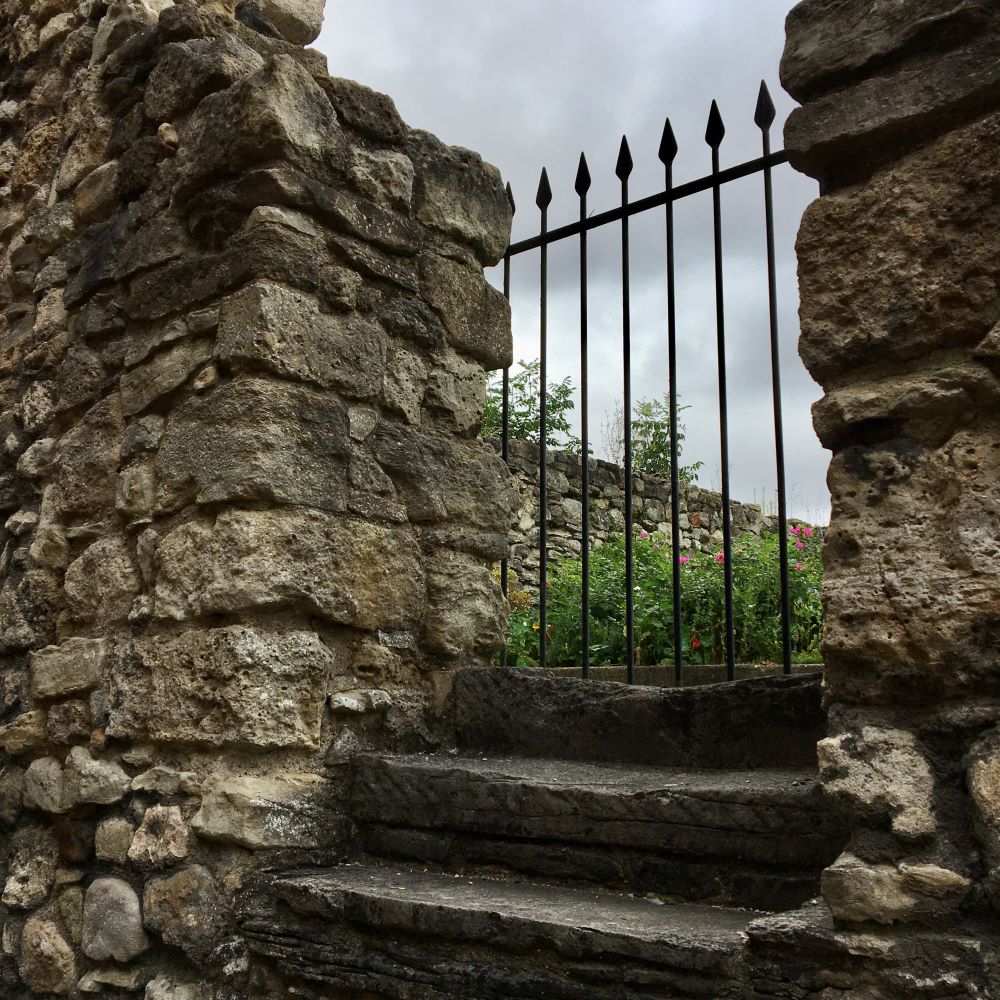 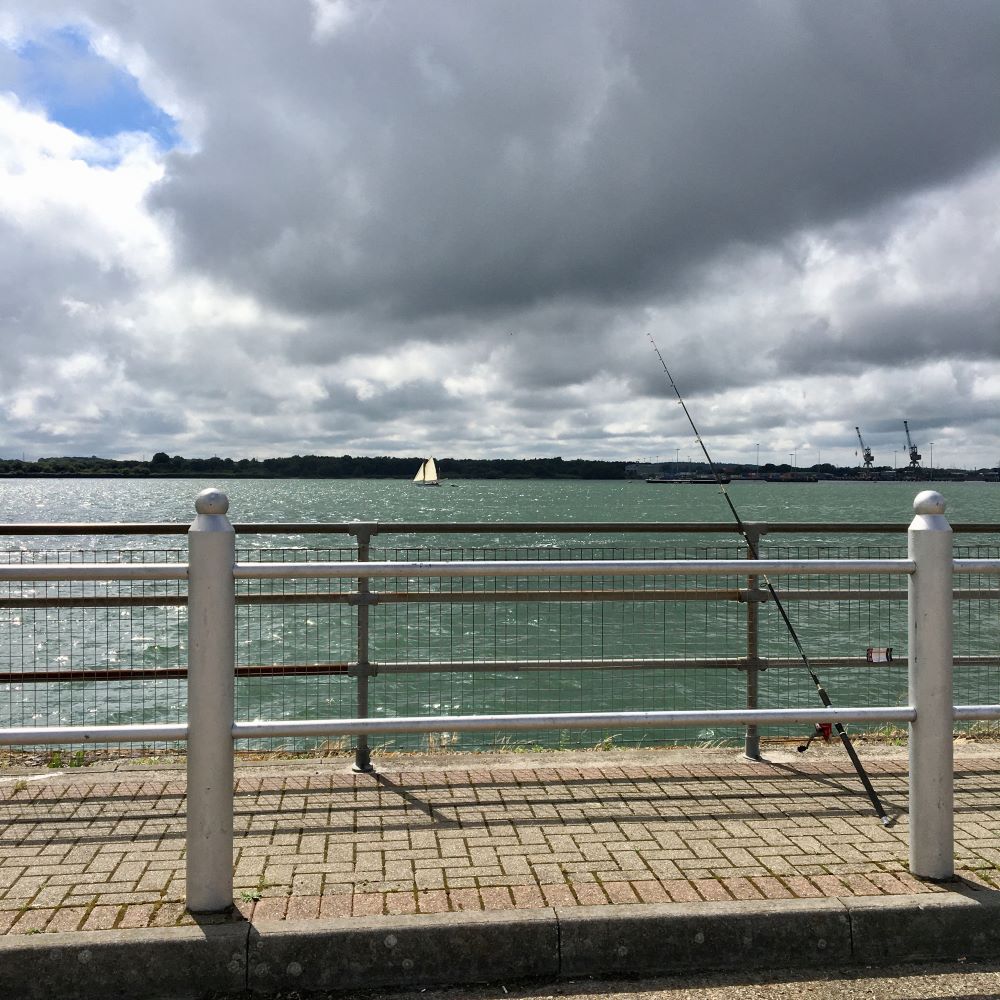 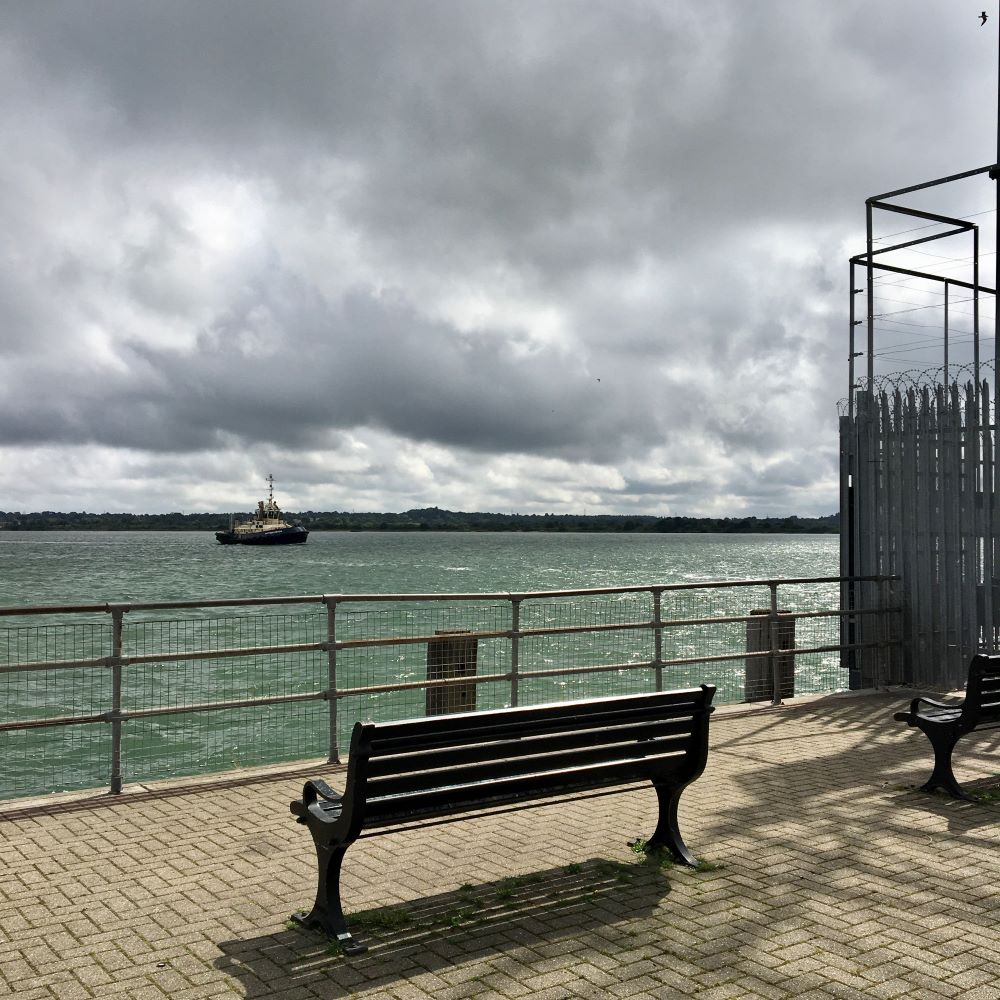 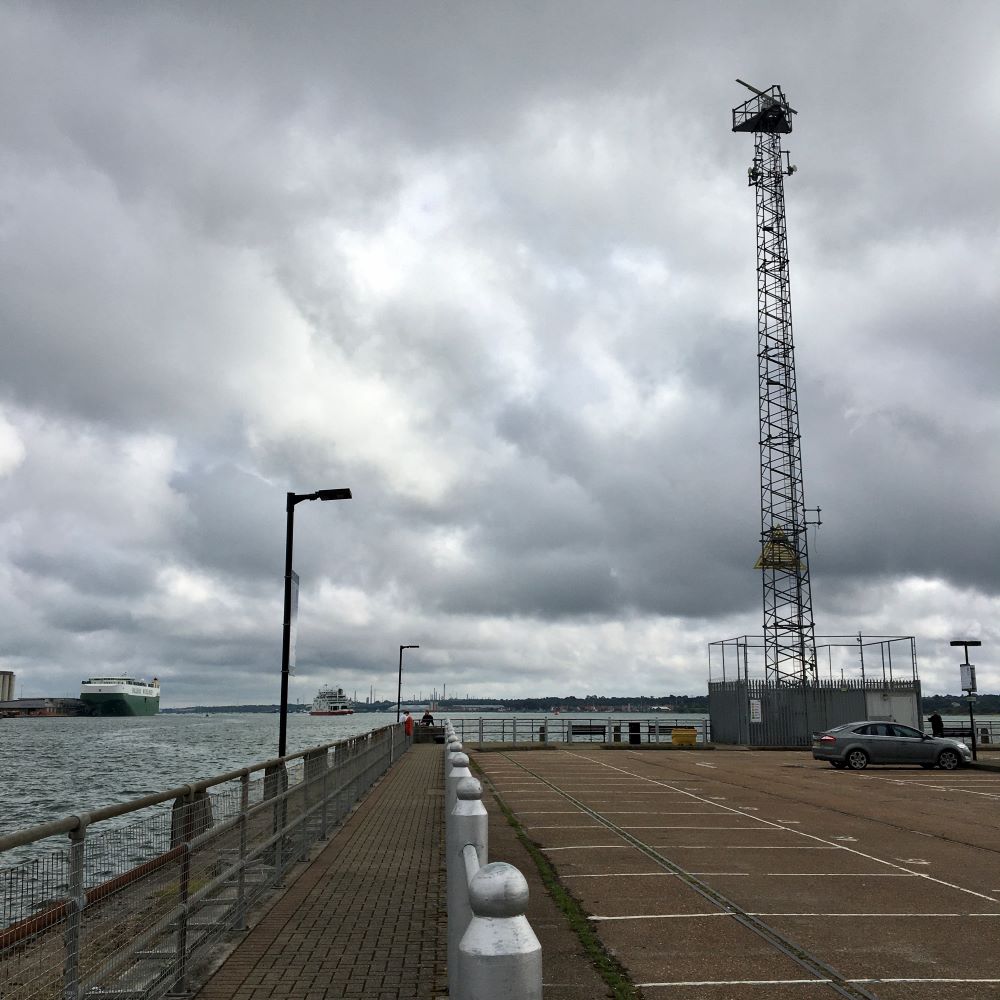